In this piece for Medium, Andrés Ruiz explores the reasons that psychiatry is the only medical speciality with an anti-movement and a history of sustained criticism. He critiques the biomedical model on philosophical grounds and argues for a biopsychosocial one instead.

“I have attempted to give a general overview of the biomedical model’s distinctive features and why adherence to this model has been one of the primary reasons why psychiatry stands apart from other mental health professions in having a history of sustained criticism. Why have psychology and neurology avoided this fate? One plausible reason is that psychology has historically opposed biomedical reductionism and continues to push back with each new edition of the DSM. On the other hand, neurology primarily focuses on conditions with known pathophysiologies, though the boundaries between the two are fuzzy, leading to many researchers calling for the two fields to merge.

The most likely answer is that the conditions neurology has medical domain over have identifiable biological markers and bases in human anatomy. Neurology is one field where the biomedical model has proven to widely successful, a claim that cannot be said for psychiatry. One way to interpret this is to hope some day psychiatry’s biomedical research program proves as successful as neurology’s. Another approach, the one I call for, is to abandon this reductionistic model and once again fully embrace the biopsychosocial research paradigm.” 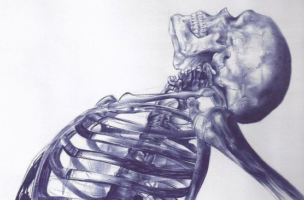