Critics of the psy-disciplines have often pointed to the harms of pathologization, referring to the process by which experiences of mental distress get subsumed under the rubrics of illness and disease, foreclosing alternative understandings and obscuring social context. However, in some cases, attempts at de-pathologizing some experiences by challenging their status as “real disorders” can also negatively affect service users.

That is the argument of a new paper by Lucienne Spencer and Havi Carel titled “‘Isn’t Everyone a Little OCD?’ The Epistemic Harms of Wrongful Depathologization.” Spencer and Carel explain that “wrongful depathologization devalues the epistemic status of such people by reducing their symptoms to mere personality traits, thus denying them a fully recognized psychiatric identity. One manifestation of wrongful depathologization is the de-prioritization of psychiatric patients by health professionals in favor of ‘patients who are really ill.’”

“We argue that wrongful depathologization involves simultaneously stigmatizing and trivializing a mental disorder and that therein lies its harmfulness. This creates a twilight zone of mental disorder, where the ill person is deemed to both exaggerate their difficulties (trivialization) and to be epistemically suspect because of their psychiatric diagnosis (stigmatization). Thus, people with certain types of mental illness are judged to be too ill to be free of stigma but not ill enough to be taken seriously…We provide a detailed study of this process in the case of obsessive-compulsive disorder (hereafter OCD).” 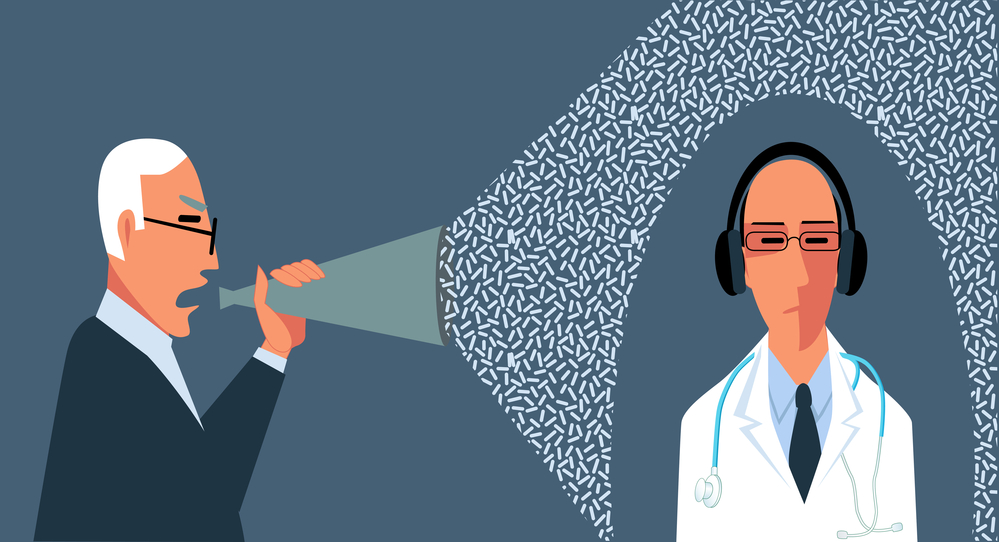 The assumption that, in some cases, there is meaning to be found in a psychiatric diagnosis is central to Spencer and Carel’s argument. Indeed, many individuals across the globe find meaning, power, and purpose in their psychiatric diagnoses. While “wrongful pathologization” can be harmful, they argue in their paper that “wrongful depathologization” can also lead to epistemic harm for anyone who strays from the sanist norm.

“‘Isn’t Everyone a Little OCD?’ The Epistemic Harms of Wrongful Depathologization” is split up into six sections:

Section 1: They argue that wrongful depathologization devalues the epistemic status of individuals who find meaning in their psychiatric diagnosis by stigmatizing and trivializing their mental illness.

Section 2: In this section, Spencer and Carel argue that to pathologize a behavior is to view it as abnormal and requiring special treatment. A pathologized behavior can later be medicalized, i.e., classified as a medical disorder. Although these processes and words are frequently used interchangeably by the public and the literature, they can be (and often are) mutually exclusive. In other words, “medicalization can—but does not always—follow pathologization.” Thus, demedicalization does not always follow depathologization.

“Although depathologization has heretofore been considered a largely positive process, in this article, we articulate its negative impact in psychiatry. We examine how a mental disorder might lose its pathological status in public discourse while retaining its medical status, resulting in a diffusion of the clinical definition and masking its serious and debilitating nature. We argue that depathologization can therefore be harmful. Our aim is to articulate a new harm, driven not by pathophobic attitudes but rather by what we term wrongful depathologization, which deflates the status of mental illness….”

Section 3: The authors define the harmful phenomenon known as “epistemic injustice” in the philosophical literature. Epistemic injustice, initially coined by feminist philosopher Miranda Fricker, is a process in which an individual is harmed, not morally or physically, by another person but is harmed epistemically by another. To experience epistemic harm or violence is to have your way of knowing and making sense of your world invalidated/not given proper respect by a more powerful person. In other words, epistemic injustice harms your capacity as a knower of your own experience.

Section 4: Spencer and Carel explore how the everyday stigmatization and trivialization of the symptoms of OCD have become so mainstream the disorder has been depathologized but not demedicalized. That is, individuals with OCD are stigmatized in the same way anyone with a mental illness is because they are not seen as reliable knowers of their own experience. However, simultaneously, their symptoms are trivialized by everyday appropriation and utilization of the term OCD.

Spencer and Carel put it this way:

Because the disorder is trivialized by people who claim they have OCD when they experience a fleeting moment of discomfort after not washing their hands or seeing their clothes on the floor, the testimonies of people who experience the full range and spectrum of OCD symptoms are delegitimized—they experience testimonial injustice.

Sections 5 and 6: Spencer and Carel discuss the epistemic harms of the stigmatization and trivialization (wrongful depathologization) of mental illness. The first epistemic injustice is the testimonial injustice that comes from trivialization. That is, people suffering from a mental illness are not understood or offered support or accommodations because “isn’t everyone a little OCD?” The gap created in our collective understanding of the illness invalidates the pain and disability of the individual.

The authors then conclude:

“OCD provides a paradigmatic example of willful hermeneutical ignorance in psychiatric illness. However, another search on Twitter shows that such misappropriation is not limited to OCD. The search exposed the common trivialization of Autism (‘We’re all on the spectrum, that’s why it’s a SPECTRUM duh…’), Post-Traumatic Stress Disorder (‘… got so much PTSD from expressing my feelings to people who just dismiss them…’), and Bipolar Disorder (‘Watching married at first sight and it’s confirming that most [people] are bipolar…’).”

“These discursive practices alter not only how we speak about mental disorders but also how we think about and understand them. By reducing mental disorders to non-disruptive, non-threatening personality traits, certain mental disorders may be perceived as less serious and damaging than they actually are. Consequently, through wrongful depathologization, significant parts of the social experience of the marginalized subject are ‘obscured from collective understanding’ as they have been robbed of…[the] tools to talk about their illness.”