A new study, led by Seena Fazel, professor in the Department of Psychiatry at the University of Oxford, examines the rates of prison suicide. Findings from the article, recently published in The Lancet Psychiatry, show that rates of suicide are at least 3 to 9 times higher in male and female prisoners, respectively, than in the general population. The authors also examined prison-level and environmental factors, but no significant links between these factors and prison suicide were found. The authors write:

“Overall, our findings suggest that there are no simple ecological explanations for prison suicide. Rather, it is likely to be due to complex interactions between individual-level and ecological factors. Thus, suicide prevention initiatives need to draw on multidisciplinary approaches that address all parts of the criminal justice system and address individual and system-level risk factors.”

Although research has found individual-level factors associated with suicides in prison (e.g., psychiatric illness, self-harm), the authors note that “less is known about prison and health service-level factors, which might be subject to public health and policy change.” For example, there are mixed findings on whether prison overcrowding, which is a problem in 119 out of 205 countries, is correlated with higher or lower rates of suicide.

Therefore, the researchers sought to update data on prison suicide rates and rate ratios compared to the general population (i.e., how much more likely is it to die by suicide in prison versus in the general population). They also examined prison-level and environmental factors that may be associated with prison suicide. The researchers gathered publically available data in 24 high-income countries from 2011-2014.

From 2011-2014, 3906 prisoners died by suicide in the identified 24 countries. Ninety-three percent of these suicides occurred in men. The researchers report, “Rates of prison suicide varied considerably… ranging from 23 per 100,000 prisoners in the USA, to 180 per 100,000 prisoners in Norway.” Overall, Nordic countries and France had the highest rates of prison suicide. Typically, incarcerated men were at least three times as likely and women were at least 9 times as likely to die by suicide in prison than in the general population.

When the US was excluded from analyses, higher incarcerations rates were correlated with lower prison suicide rates. However, when the analyses were adjusted for other factors (e.g., rate of suicide in general population, rate of overcrowding), or the US was included in the analyses, there was no longer a significant correlation. The researchers report “no other significant associations between any other prison-related variable and rates of prison suicide.”

The authors provide a number of hypotheses for why higher incarceration rate may be linked with lower rates of suicide:

The researchers state, “Most of the examined prison-level factors were not associated with prison suicide rates, suggesting that prison suicides are likely to be the result of a complex interaction of different factors, and not merely due to the prison environment.”

Unfortunately, while this research brings attention to the need to address prison suicide, the findings do little to direct much needed policy change and prison reform. The researchers highlight the importance of addressing individual factors, such as sentence length, self-harm, and other clinical factors. They also recommend future research on ecological factors such as assault rates in prison, and the number of prisoners involved in employment, education, or meaningful activity. Ultimately, they call “for more national strategies to address the problem of prison suicide.” 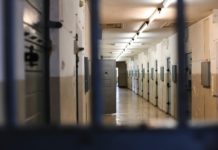 The Management of Captive Populations with Psychiatric Drugs: An Interview with Anthony Ryan Hatch