From The Vancouver Sun: Bonnie Burstow’s recently released book The Other Mrs. Smith is not only an accurate portrayal of the horrific consequences of ECT but also a masterful work of literary art.

“The Other Mrs. Smith is a compelling novel that invites the reader to join Naomi in her efforts to recover from the harms done to her by ECT and to reclaim the life, family and memories that had been effectively burn out by the bolts of electricity shot through her brain during this treatment. (Many readers will be surprised to learn that ECT is still being used in Canada, but by one estimate over 15,000 Canadians every year endure this questionable ‘therapy.’)

Unlike many who try to use prose fiction to make a political/sociological point, Burstow never makes her characters  stand-ins for abstractions. My particular favourite among the book’s richly imagined cast of characters is Gerald, a kind and generous trans man who was, as ‘the other Mrs. Smith,’ the first wife of Naomi’s husband before coming out as trans. In many ways, Gerald is the moral centre of this complex novel, but he is not the only nuanced and memorable character.” 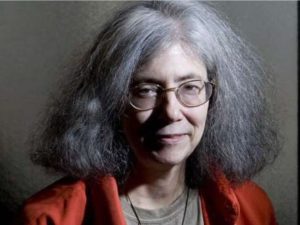 Fear and Loathing in the ECT Debate