From Psychiatry Adviser: In a study published in the Journal of Clinical Psychiatry, the investigators did not recommend increasing antidepressant dosage in response to treatment failure, after analyses of dose increase regimens appeared to reveal insignificant changes in effect size.

Some surveys have demonstrated that a dose increase is the prevailing reaction to a lack of response to antidepressant treatment. Other common recommended practices include switching to a different antidepressant, combining two or more antidepressants, or augmenting treatment with antipsychotics.

The investigators identified 9 studies comprising 1273 adult patients via the CENTRAL, PubMed, Embase, and PsycINFO databases. They included randomized, controlled trials in which patients with unipolar depression who had not responded to antidepressant treatment were assigned to dose increase schedules or continued-dose control groups. All studies examined selective serotonin reuptake inhibitors, with 1 study also reporting on maprotiline.

Compared with a continued dose in accordance with a patient’s initial prescription, an increased dose was not shown to be more effective, with a negligible standardized mean difference of 0.053 (95% CI, −0.143 to 0.248). In a similar fashion, secondary outcome analyses found a nonsignificant odds ratio of 1.124 for antidepressant response and depression remission. 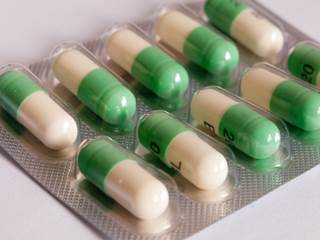