A new special issue of Current Directions in Psychological Science investigates contemporary forms of racism and its impact on individual cognition and health. Jennifer Richeson and contributing authors position psychological science to address racism’s structural, cultural, and explicit forms and feature emerging research that informs how to combat societal racism.

“Although a special issue is decidedly insufficient to cover all of the emerging research on the psychology of racism, the articles included here are intended to better position psychological science to inform and shape more thoughtful discourse regarding the nature of racism, how it affects individual cognition and health, and, importantly, how best to combat it,” writes Dr. Richeson.

Additionally, the researchers involved in this special edition offer important findings that address how and why racism has persisted to merit current-day scientific investigation, as well as implications for remedial action. Linda Tropp and Fiona Kate Barlow contributed an article to the issue entitled “Making Advantaged Racial Groups Care About Inequality: Intergroup Contact as a Route to Psychological Investment.” They write:

“Racial inequality remains an objective reality in the United States and around the world, yet members of advantaged racial groups often deny or minimize its existence.”

This special issue of the journal, published as part of the Association for Psychological Science, was created just 50 years after the Kerner Commission Report initiative to study social unrest and protest related to racism in the 1960s. The progress of this U.S. government examination, originally aimed at eradicating racism, is under question. In light of significant research highlighting ongoing racial disparities and racial bias, Richeson notes, “it remains unclear how much progress has been made toward eradicating racism in the United States either in its policies or among its citizenry.”

Further, Richeson questions the role of psychological science in assisting in renewed efforts to address and eradicate societal racism. She argues that research in the psychological sciences can contribute. In this special issue, she aims to introduce articles that “reveal the roles of individual-level cognitions, interpersonal and intergroup processes, and sociostructural forces in creating and maintaining racial bias and biased outcomes, despite any number of efforts to the contrary.”

Contributing authors in this special issue cover a range of topics that contribute to this discourse on contemporary racism. The first article reviews historical cultural patterns that are maintained through present-day race inequalities. Authors Salter, Adams, and Perez demonstrate a need to shift away from individual interventions toward understanding individual racism as occurring within a systemic context through a cultural-psychology framework. Racism, they argue, is embedded, maintained, and promoted through our everyday structures and ideological discourses.

Another contribution, by L. Taylor Phillips and Brian S. Lowery, closely examined how White privilege operates, discussing the individual psychology of White Americans, the function of White privilege, and its societal-level impact. Researchers Julie Markant and Lisa S. Scott adds an article examining the role of attention and perceptual learning on the ability to process facial features and how this contributes to the “other-race” effect.

Researchers Lewis and Van Dyke also examined the impact of discrimination, making a case that intersectional identities must be considered when studying discrimination and the physical health of African American individuals.

Finally, a number of studies investigate how racism persists and add a discussion of the possibilities for anti-racist action. Interestingly, one study by Rebecca Hetey and Jennifer Eberhardt found that statistics about racial disparities do not motivate individuals to fight for equality. Instead, individuals tend to respond by justifying and rationalizing disparities found within the system.

“Many scholars and activists assume the public would be motivated to fight inequality if only they knew the full extent of existing disparities. Ironically, exposure to extreme disparities can cause people to become more, not less, supportive of the very policies that create those disparities.”

Other special edition contributors examine the pitfalls and promises of increasing racial diversity in light of population trends. They present research that examines ways in which advantaged racial groups can become “psychologically invested in the perspectives, experiences, and welfare of members of disadvantaged racial groups” through increased contact. These studies focus on processes such as empathy-building, enhanced personal relevance, and the humanizing of others to facilitate psychological investment in other racial groups.

Finally, authors Plaut, Thomas, Hurd, and Romano present evidence that color blindness, despite appealing to many individuals, fosters discrimination and racism. Color blindness is an attitude or perception evidenced in statements such as “I don’t see race,” and the belief that because we are all humans, race is not a significant informant of individual personal experience. In this way, despite the egalitarian implication of color blindness, it can also “negate the occurrence of racism” and reduce individual sensitivities to its impact.

It is an attitude more frequently adopted by White individuals and is demonstrated to have “negative implications for interracial interactions, minorities’ perceptions and outcomes, and the pursuit of diversity and inclusion in organizational contexts,” the authors write. Plaut and colleagues add:

“Adopting color blindness lets members of groups associated with perpetrating racism (e.g., Whites) maintain an egalitarian self-image, because it allows them to believe they are nonprejudiced and are self-presenting as such.”

Alternatively, their research suggests that multiculturalism has more positive implications for people of color and that a multicultural ideology shows promise in remedying societal racism. However, efforts toward multiculturalism are not effective if they result in the pigeon-holing of racial/ethnic minority individuals (e.g. valuing a racial/ethnic minority employee mostly for their social identity), or in the hostility of White individuals who feel threatened.

Collectively, the studies in this special edition offer rich findings that can promote a purposeful examination of the existing literature and its implications toward anti-racist initiatives by combining the science of individual-level processes within their sociocultural context.

“But, again,” cautions Richeson, “the articles in the special issue should be understood as contributions to a larger conversation in the service of getting a better understanding of the dynamic nature of contemporary racism, how it shapes our conceptions of race, and, further, how racism continues to inform the lived experiences of members of ethnic/racial minority groups as well as members of dominant racial groups.”

“In other words, the authors of these contributions and I offer this work as an opening, rather than the conclusion, of a purposeful engagement with the psychological science of racism.”

The special edition are available to the public at no cost: http://journals.sagepub.com/toc/cdp/current

Hetey, R. C., & Eberhardt, J. L. (2018). The numbers don’t speak for themselves: Racial disparities and the persistence of inequality in the criminal justice system. Current Directions in Psychological Science, 0963721418763931. (Link)

Richeson, J. A. (2018). The Psychology of Racism: An Introduction to the Special Issue. Current Directions in Psychological Science, (27)3. (Link) 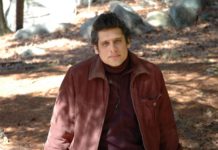