From Science: “Tania Singer, a celebrated neuroscientist and director at the Max Planck Institute for Human Cognitive and Brain Sciences in Leipzig, Germany, is known as one of the world’s foremost experts on empathy. In her research, she has sought to demonstrate that meditation can make people more kind and caring. The title of a profile of Singer written by this reporter in 2013 summed up her public image: Concentrating on Kindness.

But inside her lab, it was a very different story, eight former and current colleagues say in interviews with Science. The researchers, all but one of whom insisted on remaining anonymous because they feared for their careers, describe a group gripped by fear of their boss. ‘Whenever anyone had a meeting with her there was at least an even chance they would come out in tears,’ one colleague says.” 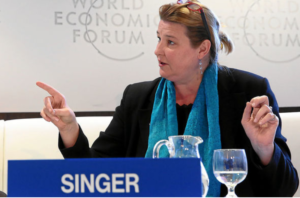