From Medium: “Like violence, hate speech can also be a physical imposition on the freedom of others. That is because language has a psychological effect imposed physically — on the neural system, with long-term crippling effects. […]

All thought is carried out by neural circuitry — it does not float in air. Language neurally activates thought. Language can thus change brains, both for the better and the worse. Hate speech changes the brains of those hated for the worse, creating toxic stress, fear and distrust — all physical, all in one’s neural circuitry active every day. This internal harm can be even more severe than an attack with a fist. It imposes on the freedom to think and therefore act free of fear, threats, and distrust. It imposes on one’s ability to think and act like a fully free citizen for a long time. […]

Hate speech can also change the brains of those with mild prejudice, moving it towards hate and threatening action. When hate is physically in your brain, then you think hate and feel hate, and you are moved to act to carry out what you physically, in your neural system, think and feel. 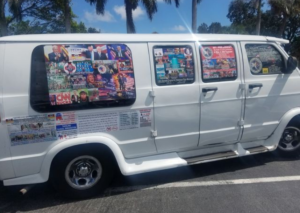