A new study in Frontiers in Behavioral Neuroscience has found that linalool, one primary ingredient in lavender extract, has an anxiolytic (anxiety reducing) effect. According to the researchers, this effect is conveyed through odor—so smelling lavender extract is the appropriate way to receive this anxiety-reducing effect.

The research was led by Hiroki Harada and Hideki Kashiwadani at Kagoshima University, Japan. The researchers write that lavender extract has a long history of use for the reduction of anxiety, but scientific evidence of efficacy and mechanisms of action are sparse.

Harada and Kashiwadani conducted their tests on mice so that they could examine the mechanisms through which linalool acted. Mice without a sense of smell did not receive the anti-anxiety effect, meaning that linalool does not work directly on the neurotransmitters of anxiety, but instead is mediated through olfactory mechanisms. The researchers write that the olfactory system in mice is similar to that in humans, and it is presumed that the mechanism of action for linalool is the same.

The researchers tested the way mice acted after smelling the linalool. Mice who smelled linalool were more likely to stay in the open and otherwise act as if they were safe, while mice that could not smell linalool exhibited “anxious” behavior such as staying near walls and rarely venturing into the open.

Harada and Kashiwadani also studied the brain systems involved in the affected mice, and determined that the linalool odor eventually works on the GABAergic neurotransmitter system—the same system that is affected by benzodiazepine drugs. However, unlike those drugs, linalool takes a natural and indirect route through olfactory systems before impacting neurotransmitters.

While acknowledging that more research on the effects on humans needs to be done, the researchers write that linalool is a “convenient and promising” anxiety-reducing substance. 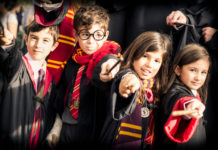