From Aeon: “For centuries, writers have recognised the relationship between mental health and belonging to a community. Serving society was another way to serve the individual – because, as the poet Alexander Pope put it in his poem An Essay on Man (1734): ‘True self-love and social are the same’. It’s not surprising, then, to find that loneliness serves a physiological and social function, as the late neuroscientist John Cacioppo argued: like hunger, it signals a threat to our wellbeing, born of exclusion from our group or tribe.

Until the 1830s in the UK, elderly people were cared for by neighbours, friends and family, as well as by the parish. But then Parliament passed the New Poor Law, a reform that abolished financial aid for people except the aged and infirm, restricting that help to those in workhouses, and considered poverty relief to be loans that were administered via a bureaucratic, impersonal process. The rise of city living and the breakdown of local communities, as well as the grouping of the needy together in purpose-built buildings, produced more isolated, elderly people. It is likely, given their histories, that individualistic countries (including the UK, South Africa, the US, Germany and Australia) might experience loneliness differently to collectivist countries (such as Japan, China, Korea, Guatemala, Argentina and Brazil). Loneliness, then, is experienced differently across place as well as time.

None of this is meant to sentimentalise communal living or suggest that there was no social isolation prior to the Victorian period. Rather, my claim is that human emotions are inseparable from their social, economic and ideological contexts. The righteous anger of the morally affronted, for instance, would be impossible without a belief in right and wrong, and personal accountability. Likewise, loneliness can exist only in a world where the individual is conceived as separate from, rather than part of, the social fabric. It’s clear that the rise of individualism corroded social and communal ties, and led to a language of loneliness that didn’t exist prior to around 1800.

Where once philosophers asked what it took to live a meaningful life, the cultural focus has shifted to questions about individual choice, desire and accomplishment. It is no coincidence that the term ‘individualism’ was first used (and was a pejorative term) in the 1830s, at the same time that loneliness was in the ascendant. If loneliness is a modern epidemic, then its causes are also modern – and an awareness of its history just might be what saves us.” 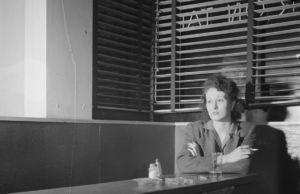