From the New York Post: “Williams said he hopes other families can avoid such a tragedy and urged kids to tell adults when they see their peers being picked on.

‘Like they always say, “If you see something, say something,”‘ he said.

Maddie, who suffered from ADHD, had trouble with bullies at school who called her names like ‘stupid’ and ‘dumb’ because she required one-on-one coaching with teachers, her parents said. Weeks prior to her death, Maddie started a new ADHD medication, which lists possible ‘suicidal thoughts’ as a side effect.

‘The bullying plus the medicine, I think, gave her the boost to do that,’ her stepfather said.

‘Maybe you can see if anything is going on. Look for changes in attitude. Changes in behavior,’ he said. ‘Support them and be there for them.'” 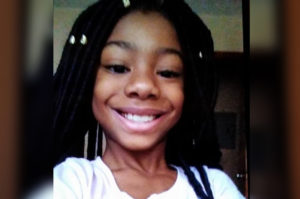