From SAPIENS: “Sufferers are also often alienated by the unhealthy dynamics that characterize many doctor-patient interactions in the Western world today. The power imbalance between who can authoritatively describe what is going on in the body and who can’t has a deep impact on how illness is experienced and navigated. Doctors hold the authority to determine which bits of a patient’s story are useful, which interpretations to act on, and which diagnostic tests are made available. The doctors and specialists I consulted consistently interrupted me, refused to order tests, and denied the severity of my symptoms. The subtle and oftentimes brutal rejection of my experiential knowledge and suffering slowly anesthetized me against hope. […]

The practice of medicine in the 21st century is a complex affair. But even under such conditions, appreciating the singularity of an individual’s life is essential to providing authentic care and good medicine. As the late neurologist and author Oliver Sacks wrote, practical scientific medicine and existential medicine are separate but inseparable—’not contradictory but complementary.’

Paternalistic relationships between doctors and patients in today’s medical system cause harm to many individuals. For me, they delayed my diagnosis, protracted my illness, denied me a sense of being validated and understood, and conspired to push me deeper into the depths of my despair. The practice of modern medicine doesn’t have to be this way. […]

The doctors I met often struck me as arrogant and unwilling to really sit and listen, making it easy for the complexities surrounding my illness to be misconstrued or not even conveyed, despite my desire to communicate them. Perhaps these doctors would have blamed me for being a bad oral historian. I grew increasingly nervous and insecure as doctors asserted their patriarchal authority. I developed iatrophobia, a deep dread of doctors. And I started to see myself as someone damaged, with an unreliable testimony. My body, my medium for experiencing the world, was transmogrified during these clinical encounters into something without personal meaning. Doctors overlooked what my illness felt like to me and how I experienced it within the context of my life, foreclosing other possible lines of therapeutic options—and my need for understanding and care.

I wonder what would have happened if I had met doctors early on in my illness who were committed to listening empathetically and to practicing a style of medicine informed by humility, receptivity, and compassion. I don’t believe such an approach requires additional resources or time (although those would help), just an adherence to a different set of social and cultural values.” 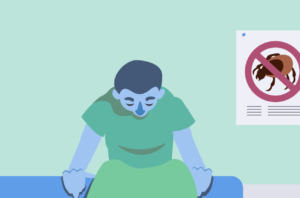