From Yahoo Lifestyle: “While there are no official numbers on how many people, like Wojciechowski, are attempting to wean themselves off their drugs, a recent study of 1,829 users of antidepressants found that about 75 percent had tried, just over 30 percent of them quitting successfully; the others found the withdrawal symptoms too hard to bear.

This much is clear: Thousands, if not millions, of people who are on antidepressants want to get off them — for reasons that range from unwanted side effects (including sexual dysfunction, emotional numbing and weight gain) to a nagging desire to know who they are without them.

Still others, told they had a serotonin deficiency, feel they were needlessly diagnosed and prescribed from the get-go, and now want to put that belief to the test.

Whatever the motivation, they are finding that withdrawing is no easy feat — especially considering this startling fact: There is absolutely no psychiatric protocol to guide them.

‘To my knowledge, there is no “official,” professionally endorsed, week-by-week protocol for safely tapering patients off antidepressants,’ Pies tells Yahoo Lifestyle. ‘This is a serious gap in our knowledge base and practice guidelines.’

And it’s why many, like Wojciechowski, are taking matters into their own hands, through a collective effort that represents a burgeoning international movement.” 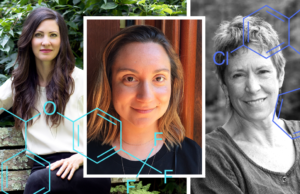