From Medscape: “The recent launch of a criminal investigation into a case of medically assisted death for psychiatric illness in Belgium, reported by multiple media sources, is shining a spotlight on growing concerns — even among supporters — about the controversial practice.

The criminal allegations, which reportedly mark the first investigation of medically assisted euthanasia in that country since it was legalized in 2002, are related to the 2010 death of a 38-year-old woman with Asperger syndrome, a mild form of autism.

As reported by the Associated Press, the investigation stems from alleged ‘irregularities’ in the procedure, which include a doctor asking the patient’s father to hold the needle in place while the lethal injection was administered.

The family has also reportedly questioned the patient’s diagnosis of Asperger syndrome, suggesting instead that she was suffering from depression due to a recent breakup.

If convicted, the three doctors involved, who have been accused of ‘poisoning’ the woman, could face a maximum penalty of life in prison.

Among them is Lieve Thienpont, PhD, a prominent advocate for medically assisted death, who, according to the AP, is estimated to have been involved in about one third of assisted deaths for psychiatric reasons that have taken place in Belgium since euthanasia was legalized.

There are also broader accusations that Thienpont and others have too easily granted requests for assisted death for mental illness, prompting calls to rethink the entire process.” 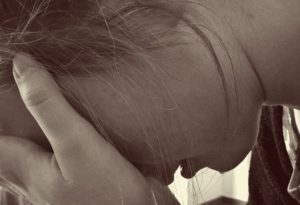