Part three of the “Saving Psychotherapy” blog series. Parts one and two can be found here and here.

So far in this series, I’ve discussed how the central goal of multi-lens therapy is to do a better job than the DSM and other current psychotherapies at taking into account what is causing a client’s distress. Here I will explain how therapists can begin to gain an understanding of what those causes might be.

A key to practicing multi-lens therapy is listening for causal hints. Clients regularly hint in passing at what’s causing their distress. The hints we get from a client help us determine which of these many causes are more probable than the others or maybe even which is the cause. Nor is it hard to hear these hints, if we train ourselves to listen for them. For instance, say that a client is presenting a relentless “down-ness” which you’re both likely to call “chronic depression.” Imagine that your client says the following in passing:

“I was raised Catholic but eventually became a Buddhist.”

You might nod and allow this information to pass by. Or, as a multi-lens therapist, you might take this as a causal hint, hinting at the possibility that your client has had problems making sense of meaning and life purpose, problems which were not answered by her birth Catholicism and which perhaps are not being answered by her adoptive Buddhism.

You would then investigate. A hint is a door waiting to be opened. In this case, one sort of investigatory question might be: “Has Buddhism done a good job of serving your meaning and life purpose needs?” Another might be, “That’s interesting. What did Catholicism lack that Buddhism provides?” A third might be, “What attracted you to Buddhism?” Each of these questions honors the possibility that your client’s despair may be connected to her inability to keep meaning afloat and her difficulties identifying and “owning” life purposes.

You don’t know for sure that this is the case and you’re treating her announcement as a hint and not a revelation. But you may be on to something, even something crucial. You can only know by stopping your client’s narrative and asking. Many therapists prefer to rarely interrupt or even to never interrupt, but a multi-lens therapist sees careful interrupting as a key principle of helping. I find that if I interrupt in a spirit of genuine inquiry, clients are neither disturbed nor offended by the inquiry. Indeed, they relish it.

Suppose that your client mentions in passing, “As far back as I can remember, I was sensitive.” You could simply nod. Or you might consider this a causal hint that perhaps some feature or features of her original personality are implicated in her despair or are even, maybe directly or maybe obliquely, the cause of her despair.

Taking her remark as a causal hint worth pursuing, you might ask investigative questions, such as, “That’s interesting and maybe important. If your basic sensitivity somehow connects to you feeling down, what does that suggest, I wonder?” You might ask, “I wonder, wouldn’t a sensitive person be down more often than the next person just by virtue of her sensitivity?” Or you might ask, “If, as you say, you were born sensitive, that’s going to amount to a lifelong challenge, isn’t it?” Each of these questions opens the door to a fruitful and likely pertinent chat about original personality: about what it means, what it signifies, and how it matters.

Consider another sort of situation. Your client says, “I’m having a terrible time at work. I see things that aren’t making sense there and when I point them out I get yelled at. I tried to tell my parents about it when I visited them and they just put me down as ‘not a team player’ and ‘not a realist.’ All I could think about was what a failure I am. I can’t figure out why my life is such a mess!” This is a lot to unpack, but a multi-lens therapeutic approach provides you with a straightforward way to proceed.

You might say, “You know, there are lots of different possible causes of your distress. What you just said brings to mind at least three or four possible causes. One is that stress may be a major culprit. You sound under a lot of stress. A second is that, since you were born with an incisive mind, you don’t take easily to humbug; and that may make it much harder to deal with dishonesty at work. A third is that your family is still tormenting you. A fourth is that you can’t get past the idea that you’re bound to fail. Do these all seem to be in play?”

By saying this, which may sound like a mouthful but which is quite easy to say with practice, you’ve looked at the situation through four different lenses (the lenses of stress, cognition, family dynamics, and original personality), helped your client better understand the multiple reasons for her distress, and provided a roadmap for your work together. You can work on whichever of these your client identifies as the most pressing. At the same time, you can keep the others “at the ready” to work on as time permits, when they reappear, or when it seems smart to return to them.

Your client is likely to reply, “All of that is true!” Then you can take any one of the following approaches (or others, of course). You could say, “Which of these four seem most important?” You could say, “Let’s pick one of these to focus on — which one do you think it should be?” You could say, “That’s a lot, isn’t it? That’s probably why you’re feeling down, because so many things are combining to get you down. What do you think you might like to try, given these several different challenges?”

Your client is likely to appreciate this approach, as it matches her experience of life and honors the fact that many challenges are confronting her all at once. She will therefore become more invested in the therapy, dig deeper for her own solutions, and feel herself in a genuine collaboration. A solid direction for the work to take is likely to emerge; and the groundwork will be laid for future work.

As to that future work, proceeding with it might sound like the following. Say that you’ve been working on stress reduction for some weeks. At some point you might say, “Remember that we agreed that there were multiple things going on causing your distress. We’ve been working on stress reduction, which is great. But I wonder if we should take a look again at those other challenges? Maybe those toxic family dynamics, those thoughts that aren’t serving you, or how your talent for seeing through humbug is affecting you at work?” In this way, you can refocus the work through any of the twenty-five lenses when and as needed.

Imagine that you are in session with a client who has announced that she wants to make some changes in her life.

Therapist: “Okay, so you know that you want to make some changes.”

Therapist: “Let’s say that we do come up with some changes that you might want to make. How free are you to change?”

Client: “What do you mean?”

The preceding was a characteristic talking point of multi-lens therapy. Once you create these talking points, they are very easy to use in therapy. In this case, you’ve presented your client with three huge ideas in a simple paragraph. You’ve announced that temperament matters—that who she was at birth matters. Second, you’ve announced that her formed personality is likely to be hard to alter, given that it has “solidified” over time. Third, you’ve provided her with a picture of what “freedom” looks like, opening the door to important existential conversations.

If you can say the above, or something like it, you will have presented your client with some big ideas and a frame that she can use for the rest of her life to help her think about her own personality, about where she is stuck and where she is free, and about how she might want to “make use of her current available personality” while also “increasing the amount available to her.” That is a lot to provide a client!

Therapist: “So, thinking about this model, how much availability personality do you think you have?”

Client (thinking): “Not very much.”

Therapist: “Okay. That’s where most people are. That’s one of the things we have to contend with, that lack of freedom. So, what might help increase that freedom?”

Therapist: “Fair enough. Let’s think about it together. Imagine that you were just a little bit freer. What would that look like?”

Client: “I would tell Bill what I think. I would have more of a voice.”

Therapist: “And if you spoke up, you would feel freer?”

Client: “But that feels much too dangerous.”

Client: “That’s all tied up with me having authoritarian parents and having my voice silenced again and again as a child. That still frightens me, the vision of my angry mother and my angry father. Those feelings are very large and very terrible.”

Here’s another situation where responding to causal hints with a spirit of inquiry and careful talking points deepens the work. Your client says, “Visiting my in-laws, who are very old-fashioned and the opposite of progressive, makes me really anxious. I get so anxious that I get sick beforehand and sometimes get too sick to travel. This makes my husband really angry, because he’s sure that I’m getting sick on purpose just to get out of visiting. He scolds me and shuns me and my way of coping is to spend hours talking to my sisters, who are the only people I can trust.”

The issue here isn’t anxiety per se. The issue is the whole picture. To provide an anxiety “diagnosis” (that is, an anxiety label) and to opt for anxiety as the sole focus is the current reductionist practice. A multi-lens therapist unpacks this narrative, looks at it through the lenses of culture and society, trauma, social connection, instinct, and perhaps other lenses as well. She replies, “There’s a lot going on here. It sounds like you’re in conflict with your husband’s family’s values or they’re in conflict with yours. That’s one part of it. Then there’s the ongoing trauma of your husband’s scolding and shunning. There’s the wonderful, positive social connection piece with your sisters. And it sounds like your body is having an instinctive, self-protective reaction to the situation, warning you that things are not okay. Does that capture what you just expressed?”

“When there’s lots going on we have to be patient and tease apart the various threads. It won’t pay to just slap on a label and call you anxious. We want to figure out what’s going on that’s making you anxious — and, more than that, we want to get your whole life improved. Agreed?” 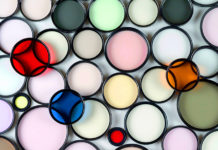 25 Lenses Through Which to View How Life is Experienced 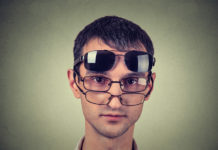 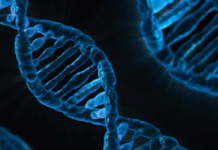