From Dr. Terry Lynch/Mental Health Academy: “With some notable exceptions, the professions of psychology, psychotherapy, counselling, social work, occupational tend to submit to the widespread belief that the body of knowledge espoused by mainstream psychiatry merits its place at the top of the mental health ‘knowledge’ pyramid.

This needs to change. In May 2015, coinciding with the publication of the DSM-5, the Division of Clinical Psychology of the British Psychological Society correctly called for a paradigm change in global mental health. They have followed through on this position statement with the publication of the Power Threat Meaning Framework in 2018. These actions are to be commended.

It is no longer good enough for psychologists, psychotherapists, counsellors, social workers, and other allied mental health to sit quietly back and allow psychiatry’s ‘wisdom’ to drive and direct the mental health care of millions of people worldwide.

It is no longer acceptable for such mental health professionals to do nothing in the face of a mental health paradigm that is built upon misinformation; untruths; false claims re: science; serious bias towards biology – which remains unverified – and against a psychologically- and trauma-informed understanding of the experiences and behaviours that come to be described as various so-called ‘mental disorders’ . . .

Trauma expert and psychiatrist Bessel van der Kolk’s correct assertion is that psychiatry is ignoring trauma. This is no coincidence, since a full and proper awareness of the role of trauma and its effects within the psychiatric diagnoses would seriously threaten the fragile medical biological paradigm of mental health . . .

To paraphrase Edmund Burke, all it takes for corrupt systems to maintain dominance is for those who could – and should – speak out and take action to do nothing.” 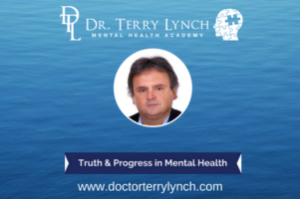