In the United States, 7.77 percent of children take stimulant medications. In France the number is only 0.46 percent. A new study in the journal Social Science and Medicine explores why French children take stimulants far less than children in the United States. The study, authored by medical sociologist Manuel Vallée, is called “The countervailing forces behind France’s low Ritalin consumption.”1 Vallée looks at how particular forces in society, in concert with government agencies, became an effective check on stimulant marketing for kids in France. The study considers one particular case—the low use of Ritalin among French children.

Vallée asks: How does France limit its children’s use of psychostimulant drugs? To answer, he looks at “countervailing forces” in French society that mobilized to check the pharmaceutical industry’s influence with respect to Ritalin, which is the only stimulant approved for children in France. The forces he identifies are government agencies, medical professionals, and consumers (parents).

How do marketers generally expand consumption of their drugs? The study identifies several methods including marketing and promotion; controlling the science that underpins the development of new products; constructing new medical categories and expanding existing ones; and funding consumer groups. (The story of how these tactics have succeeded in expanding the use of stimulant drugs by children in the United States can be found in my book A Disease Called Childhood: Why ADHD Became an American Epidemic.)

So how can the industry be tamed? How can those who oppose aggressive marketing of drugs for children become effective countervailing forces? The history of psychostimulants in France sheds light on this.

Stimulant manufacturers have historically had a weak presence in France. Marketing Ritalin for kids arrived in France in 1975, 14 years later than in the United States. France hasn’t allowed certain other stimulants—for example, Dexedrine—to be prescribed for children at all. This is in contrast to the United States where Dexedrine was approved for childhood behavior problems in 1961. Also, Ciba-Geigy (now Novartis) pulled Ritalin from the French market between 1985 and 1995 because the drug was causing “a public relations nightmare.”

Vallée and other medical sociologists have observed that governments can shape what medications are consumed by deciding which ones become legal and how tightly they are regulated. Between 1975 and 1985, France limited the prescribing of Ritalin to hospital-based pediatric specialists (child psychiatrists, pediatricians and pediatric neurologists), whereas in the United States any practicing doctor, and in some states nurse practitioners, can prescribe Ritalin to children. In France, only three hospital pharmacies were authorized to distribute Ritalin; the U.S. imposed no such restrictions. Also, French parents could only receive a one-week supply, whereas parents in the U.S. could obtain 30-day supplies. Post-1995, some French regulations were relaxed, but Ritalin prescription remained low.

Doctors did their job. French pediatricians rejected the guidelines of the American-produced diagnostic manual, the DSM-III, and followed their own classification manual for childhood emotional problems. In the French manual, the definition of ADHD is not as broad as in the American guide. French doctors reserved stimulants for severe cases, and then only in children over age six. In the United States, stimulants may be prescribed to children as young as four. In France, stimulants were part of a broader approach which included family and individual therapy, school interventions, parenting groups, etc. French doctors would not hand parents a prescription after a 20-minute review of a checklist; while in many clinical practices in the United States, stimulants are a first-line treatment, French doctors generally view them only as a last resort.

French parents became more informed. In the process, they became more firmly opposed to drugging their children. The French support group HyperSuper has focused on increasing parental access to psychosocial interventions and actively opposed reductionist conceptions of ADHD. The group’s American counterpart, CHADD, accepts funding from the pharmaceutical industry and has largely adapted the biological narrative of ADHD and treatment with stimulants.

In short, French doctors, parents, and government agencies were not co-opted by the financial influence of the pharmaceutical industry, and cooperated together to keep children off of stimulants.

Vallée concludes that industry influence can be curtailed when it lacks support from regulators, doctors, and consumers. The French model shows that not only government policies, but also public opinion, can become a countervailing force to the power of major marketers. Vallée plans to follow his study with a book on the treatment of ADHD in France.

The French model provides a good example for regulators, doctors, and families in the United States, where the medicalization of children’s normal reactions to stressful situations has gotten out of control. 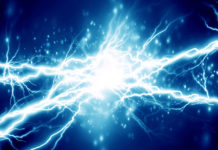 A Smashing Victory — And an Insidious New Threat 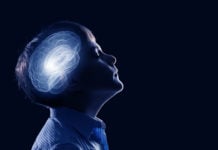