From The Toronto Star: “Finally, here was the much-needed righteous indignation that had been conspicuously absent from any recent film about madness I’ve seen. Here was a movie that said, loudly and clearly, exactly what needs to be said, which is: screw the just-go-get-help discourse that’s been dominating our discussions about mental illness. Because things are not all right. The system is really broken.

This was a movie that was making me feel understood, and I didn’t realize how much I needed that.

When the words ‘Observation Room,’ appeared in big, bold letters on the wall of the hospital room where the Joker bangs his head, in gestures suggestive of autistic stimming, I almost wanted to break into the chorus of ‘hallelujah.’

Although we are outraged over their use with prisoners, no one seems to care that isolation rooms, commonly called observation rooms, are still a standard part of treatment for mental illness in many Canadian hospitals, although they are inhumane and studies have repeatedly shown they can make mental illness worse.

Or is it just normal for people like me?

No one really listens to him or cares about what happens him. He can’t get his medication adjusted, and eventually, his barely effective services get cut. All stuff many people would describe as a normal part of being a mental health patient.

Before I saw the film, I worried it would make a false association between mental illness and violence. The myth that mentally ill people are dangerous threats to society is one of the most harmful stereotypes out there. Studies have repeatedly shown the rates of violence are about the same in the general population as they are with mental health patients.

But what the movie does quite brilliantly is make it clear that contrary to popular belief, anger and violence are not symptoms of any mental illness. Rather, they are normal reactions to a lifetime spent being treated like an outcast, ignored, taken advantage of, disbelieved, bullied and abused.” 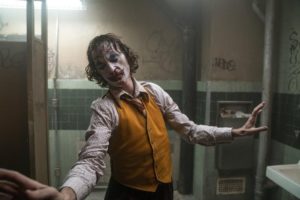