From The Washington Post: “Wisconsin state Rep. Paul Tittl always thought mental illness was something that afflicted other families. But one year, the Republican lawmaker got what he called a triple ‘smack dab, slap in the face.’

Now Tittl has joined the ranks of Republican lawmakers nationwide pushing to expand mental health treatment, a remarkable turnaround for a party that a few years ago was staking its reputation on cutting taxes and starving government budgets. The renewed GOP focus comes as the party, which lost more than 300 state legislative seats last year, has struggled to convince voters it cares about a host of societal challenges, including mass shootings, opioid and methamphetamine abuse, homelessness and surging suicide rates.

‘We used to just brush it under the rug,’ said Tittl, chairman of the state Assembly’s Committee on Mental Health, ‘but the simple fact is we now know we need to talk about it.’ . . .

Even in Washington, President Trump has vowed to consider federal policy changes, including floating a controversial proposal to open more psychiatric institutions. It has become his go-to solution for mass shootings, most recently after August’s back-to-back shootings in El Paso and Dayton, Ohio.

‘I do want people to remember the words “mental illness.” These people are mentally ill,’ Trump said of mass shooters several days after the incidents. ‘A lot of our conversation has to do with the fact that we have to open up institutions; we can’t let these people be on the streets.'” 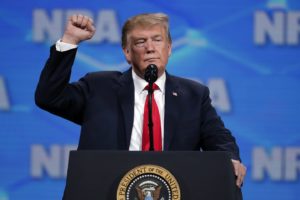