From CNBC: “The Mind Share Partners, SAP, and Qualtrics study also shows that the younger generations suffer more from mental illnesses. Younger people dealt with a mental illness at about three times the rate of the general population. The findings are corroborated by another recent study, which shows that while the amount of serious psychological distress increased across most age groups, the largest increase between 2008 and 2017 was among adults ages 18–25, at 71%. For adults ages 20–21, the figure was 78%.

A 2017 report from the Center for Collegiate Mental Health at Penn State University, meanwhile, found the number of students at various colleges and universities seeking mental health help increased five-fold from 2011 to 2016 . . .

Whatever the cause, the statistic highlights several issues plaguing millennials, like a rise in depression and ‘deaths of despair’ (death from drugs, alcohol and suicide), unaffordable living costs and burnout.

Eighty-six percent of respondents in the Mind Share Partners, SAP, and Qualtrics study said a company’s culture should support mental health. ‘Mental health is becoming the next frontier of diversity and inclusion, and employees want their companies to address it,’ the authors wrote.” 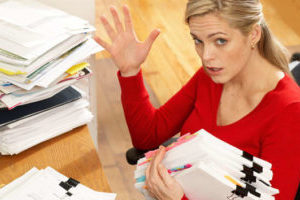