From the Inner Compass Initiative: “Many of us assume that if a psychiatric drug has been approved for use in the United States, then the drug is reasonably safe. But is this assumption correct?

Certainly, a key role of the U.S. Food and Drug Administration (FDA) is to review findings from clinical drug trials that pharmaceutical companies provide to them, and then decide if a drug can be approved for sale. The FDA publicly releases records from these reviews and, in 2016-17, we mined them to help write Inner Compass Initiative’s summaries about the safety and efficacy of psychiatric drugs. During this process, though, what kept striking me was how unsafe and outright dangerous many psychiatric medications are.

… I started to wonder: How does the FDA actually decide if a psychiatric drug is ‘safe enough’ or not for general use? Under what conditions is a psychiatric drug considered too dangerous to approve? I was also struck by how short most of the clinical trials submitted to the FDA were – usually only a matter of weeks or a few months. Does that provide enough information about the safety of a drug, especially when many people take these drugs for years?

Recently, I interviewed Marc Stone, a physician and the Deputy Director for Safety in the FDA’s Office of New Drugs, Division of Psychiatry Products.” 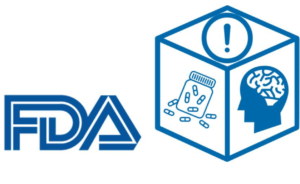