“Spiritual emergence” is a profound spiritual opening that takes place in the form of different spiritual experiences that usually don’t constitute a serious problem or impairment in the everyday lives of the individuals who experience them. According to a paper by British psychiatrist Nicki Crowley, this kind of emergence is an organic process within human development, during which individuals are able to experience transpersonal elements.1 By transpersonal, I mean experiences and perspectives that extend beyond the personal level of the psyche and ordinary life.

According to Hungarian psychiatrist Szabolcs Kéri, such spiritual experiences may be accompanied by “pathological” symptoms such as hallucinations, odd behavior, depression, and/or odd thoughts.8 Therefore, individuals suffering from such symptoms may be misdiagnosed with mental illness. As Grof pointed out, spiritual and mystical experiences offer personal growth potential. They can trigger a powerful transformation and further personal development in individuals undergoing such experiences. Mislabeling them as pathological symptoms may be damaging to spiritual development as well as to the individual’s psychological and physiological well-being.

Kéri has noted out that out-of-body experiences (OBEs) and other extraordinary human experiences such as glossolalia (“speaking in tongues”), or possession may be mistaken for psychoses if the cultural background of the individuals experiencing them is ignored. Psychologist Michael A. Persinger’s study of religious experience, for example, revealed intriguing electroencephalogram (EEG) activity in separate cases of glossolalia and transcendental meditation.9 During the transcendental meditation case, the EEG showed delta-wave activity in the temporal lobe that lasted about 10 seconds. The second case involved a spike in wave activity in the temporal lobe of an individual who performed glossolalia. Both cases represented healthy individuals with no history of pathology. Based on the study, Persinger hypothesized that experiences of a mystical or religious nature naturally occur in the temporal lobe and are of a transient nature.

Fortunately, there is new hope for people experiencing spiritual experiences which are too much for them to digest without seeking appropriate professional help. The hope comes in the form of a new diagnostic category called “Religious or Spiritual Problem,” which in 1994 was officially entered into the Diagnostic and Statistics Manual of Mental Disorders (DSM) IV.

The new category actually defines spiritual problems as distressing episodes in the life of individuals involving the questioning of spiritual values which are not necessarily related to an organized church or religious institution. Based on this diagnostic category, spiritual problems in the broad categories above may for the first time be officially treated as non-pathological rather than pathological problems.

Consider OBEs. During these experiences, people often see their own physical body from the elevated visuospatial perspective typical of these experiences.10 According to psychiatrist Stuart W. Twemlow, OBEs should not be treated as pathological or even as abnormal.11 He therefore posits that therapists should view OBEs as experiences with the potential for spiritual transcendence. Furthermore, psychologist Alexander De Foe suggests that since both NDEs and OBEs are life-changing experiences that may have a significant impact on an individual’s psychological well-being, those who undergo them should be encouraged to talk openly about their extraordinary experiences within a counseling setting.12

Although different intensities of OBE may be distressing, experiencing one does not automatically mean that the person suffers from psychosis. I believe that spiritually based OBEs may be considered profound transformational experiences and/or spiritual problems experienced by those who undergo spiritual emergence or its more intensive form, spiritual emergency. They may or may not have features resembling psychosis. A number of authors note the resemblance between paranormal experiences and pathological states such as psychosis. Kéri studied the relationship between religious conversion as a form of spiritual emergency and psychosis. The study found that of 53 individuals referred to a psychiatry center with a diagnosis of psychosis, 24 were not pathologically ill after all. Instead, they had had spiritual experiences, such as religious conversions, which represented a deep, transformative episode in their lives.

In addition, some therapists interested in the potential healing aspects of the OBE phenomenon have introduced techniques aimed at helping their clients to intentionally trigger an out-of-body-like experience during the therapy session using artificial means. The goal is to encourage the spiritual as well as personal-level development that a transformative OBE may offer. There has been little research done so far on the therapeutic utilization of OBEs artificially induced during the counseling session, although Paul W. Schenk, in his 2006 book The Hypnotic Use of Waking Dreams, suggests that waking dreams contain certain elements occurring during both NDEs and OBEs. Within the framework of therapy, he encourages clients to deliberately induce a waking-dream state with the help of different visualization- or imagination-based techniques. The aim is to attain an OBE/NDE-like experience that can be utilized for further personal and spiritual growth.

What the Research Shows

The transpersonal element of altered states of consciousness, including OBEs, has been recognized by many authors who study the subject. According to De Foe, the topic of OBEs deserves more attention, especially from the point of view of how therapy may aid those experiencing OBEs. The majority of the current OBE studies examine elicited OBEs in the clinical population rather than in the healthy population or look at OBEs induced artificially rather than at will or occurring spontaneously in the waking/active state.

To date, OBEs in people with pathological conditions such as epilepsy have been studied a fair amount. However, there is a severe lack of studies aimed at researching spontaneous OBEs within the non-pathological population, which have healing as well as transformative potential. Individuals who undergo spontaneous, naturally occurring OBEs may be hesitant to talk about them out of fear of being put down or ridiculed if they do.13 De Foe’s study argues there has been a severe lack of research into the therapeutic benefits of exploring OBEs. According to him, one of the reasons is the lack of a general agreement on how to approach the phenomenon of OBEs within the counseling framework.

A 2018 study conducted by psychologists Habib Nobakht and Karl Dale implied that dissociation and trauma are common features of both NDEs and mystical experiences.14 Psychiatrist Jerome Kroll and colleagues studied the relationships between different types of altered states of consciousness such as mysticism, absorption, dissociative episodes and childhood/adolescent trauma and neglect. Their study showed that the tendency to experience dissociative states of consciousness was not correlated with the tendency to undergo mystical experiences characterized by altered states of consciousness.15 According to the 2016 study conducted by psychologist Yochai Ataria, similarities exist between mystical and traumatic experience.16 The author posits that one of the most significant common elements of both is the subject’s encounter with nothingness. Interestingly, Greyson and Khanna’s 2014 study of near-death survivors found that NDEs were associated with greater post-traumatic spiritual growth. The study further revealed that NDEs have no influence on post-traumatic spiritual decline.17

I myself began having spontaneous out-of-body experiences many years ago. The first was back in 1994. I remember waking up in the middle of the night. Without checking where I was located, I knew I was in my bedroom but clearly out of my body, hovering above my bed. Suddenly, something pulled me very strongly toward the window. I tried intensely to resist but could not, as I was physically out of my body. I don’t remember why I was pulled to the window, as I could have just as easily been pulled through the wall or a closed door. (When out of body, you can easily pass through both.) I clearly heard my own breathing and my heart beating as if the sounds were coming from a nearby radio.

Furthermore, I was able to hear everything that was going on in the next room as if I were present. Suddenly, I was able to see a light coming from either the left or the right — I could not tell which, because when you are out of body, sides sometimes get reversed as through a mirror. The light was becoming more and more intense. I also remember that I tried to raise my hand; however, I could not see a hand. My hand was a part of my real, physical body lying on my bed at that time, but what I saw from above was only its contours. It looked cloudy, shadowy, and gaseous and I knew that this was not a hand made of flesh, muscle, and tissue. It was a phantom, an etheric double hand. At the point of looking at the phantom hand, I clearly thought to myself: “Get back to your body.” And so I did, right after I intended to, using my mind.18

Based on the knowledge drawn from such OBE encounters, I came to believe that death does not exist, space and time are transcendent, and life itself is but a small portion of a physical dimension of a much greater, holographic, multidimensional existence or consciousness. These perceptions have convinced me that the transformative nature of OBEs holds great potential, whether it is a onetime event or gradually develops over the course of one’s life. OBEs have a high potential to heal both on the psychological as well as physical level. Further, they are transformative events that bring a host of potential benefits to their experiencers. The gifts of OBEs include unitive consciousness, visionary experiences, ineffability, mystical and contemplative states, etc. I know a man who has had more than 15,000 spontaneous, genuine OBEs.19 20 They have helped him greatly on his journey of spiritual emergence, leading to transformation and even transcendence.

Therefore I strongly believe that OBEs in healthy individuals are an essential part of the development of the human psyche, as are other extraordinary or transcendental states of consciousness. I further believe OBEs within the healthy population, where there is no history of clinical pathology, should be fully respected by society and treated as non- pathological. As of today, there is no substantiated scientific evidence proving that extraordinary or other anomalous experiences of a spiritual nature are dysfunctions, deviations, or pathologies.

It is too bad that in many cases people’s OBEs are deeply misunderstood by society and mistaken for a pathological condition by the medical community. Clearly, further scientific research on the effects of spontaneous OBEs and other extraordinary human experiences on the overall well-being of individuals — especially the potential to heal and transform spiritually — should be conducted. 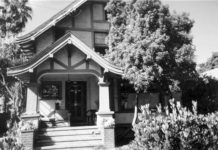 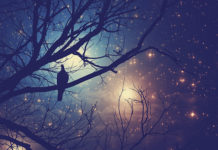 The Darker the Night, the Brighter the Light: Five Lessons Learned This Month 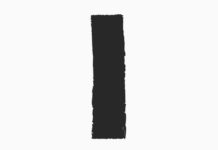