A recent article published in Psychiatric Quarterly explores the implementation of Open Dialogue principles and practices in Vermont. This adaptation of Open Dialogue (OD) is called the Collaborative Action Network (CNA) and seeks to bring organizational and therapeutic reform to psychiatric healthcare. The authors describe the positive elements and challenges surrounding its implementation.

“Some of the skills and principles that guide the CNA are reflection; listening without an agenda; slowing down and taking time before making decisions; avoiding interpretations and explanations in favor of listening with curiosity; inviting all the voices to be heard during the meetings, and guaranteeing safety for the network. The CNA incorporates these principles, skills, and techniques to a varying degree throughout the agencies where it is practiced,” the authors, led by Ana Carolina Florence from the Yale Program for Recovery and Community Health, write. 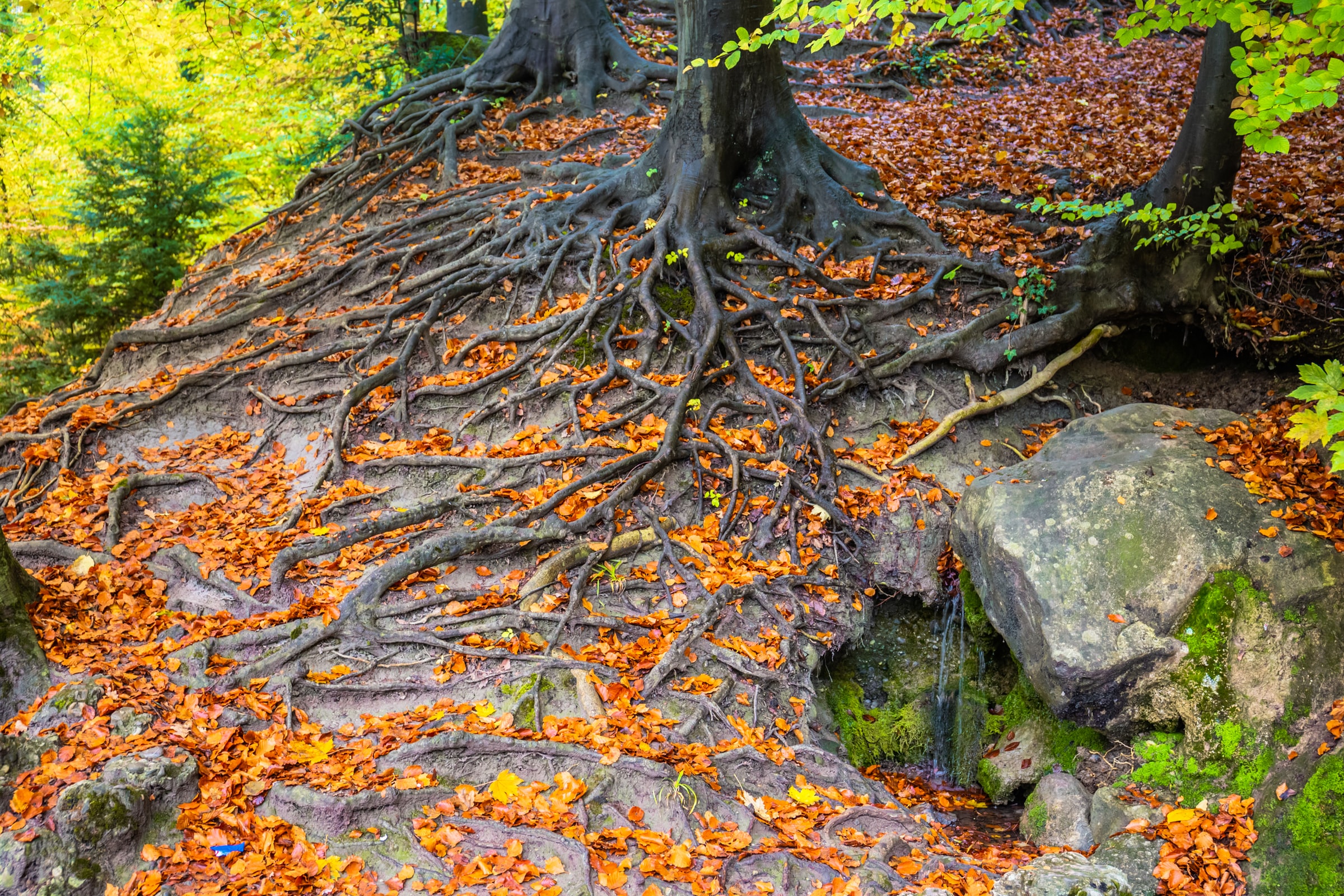 The Open Dialogue approach to mental healthcare continues to offer promise as a system for psychiatric reform in the US, with its emphasis on dialogue, transparency, non-directiveness, resistance to over-medicalization, and agency for service users. Research shows that it reduces the need for future psychiatric treatment, aligns with a human rights-centered paradigm, and has the potential to transform the identities of clinicians.

Although some research has explored the benefits and difficulties surrounding its implementation within existing organizational structures, more research is needed to facilitate future efforts at integration and reform.

The current paper examines the implementation of Open Dialogue principles in Vermont, through a cross-institutional adaptation called the Collaborative Action Network. The authors interviewed twenty-two CNA staff members and three CNA developers about their experiences during the process of implementation, through a series of four focus groups. Staff members consisted of psychologists, psychiatrists, nurses, social workers, and case managers.

Focus groups were used to “uncover a shared understanding of how the CAN was implemented; gather a broad range of information about the subject, and capture interactions and contrasting perspectives between participants.” Interview questions covered topics such as: “how did you become involved with OD? How has OD affected your work? and what are the difficult parts of this work?”

Also, three unstructured interviews were conducted with CNA developers about their involvement with OD, their role in CNA implementation, and the main challenges of the process.

Some significant themes to emerge throughout the interviews were: the development and challenges of CNA implementation, the impact of CNA training, and issues around organizational culture and “buy-in.”

Regarding initial implementation, the developers stated that organizational culture in the relevant Vermont agencies was open to OD principles. One of the agencies was already grounded in systemic family therapy models emphasizing humanistic values, according to two of the developers. To adapt OD principles to specific contexts, CNA training was done in-house to avoid trying to shift existing cultural practices completely.

These trainings involved “multiple discussions with experienced trainers from Europe and the United States and changes from year to year,” consistent with OD principles of ongoing dialogue rather than authoritarian control.

CNA training was reported to be “useful in a broad sense.” Many participants described its impact transferring to other areas of their professional and personal lives: “even in my individual therapy sessions I’m finding that I’m using some of the principles, so I am a part of networks where I facilitate at and use full CNA, but then I feel like in my work it becomes a way of being, so it kind of oozes out everywhere.”

Versatility and eclecticism seemed to be critical aspects of the CNA approach which led to this broad level of application, rather than a dogmatic model of practice. The training also reduced burnout among professionals by encouraging greater collaboration between colleagues and the network as a whole, rather than needing to shoulder the burden of care as an isolated clinical worker.

The issue of medicalization was discussed in one of the focus groups. One psychiatrist explained that he had previously had no “life skills” associated with working with people experiencing psychosis, other than to medicate and offer basic support. Another stated that the CNA philosophy fits well with his concerns about long-term over-medicalization.

Challenges around training primarily had to do with time and money constraints. Managers expressed difficulty with finding the time to send workers to trainings, as well as financial difficulty associated with bringing in European experts in OD.

However, staff generally perceived the training to be worthwhile, emphasizing: “powerful changes in clinical practice, such as being more curious to listen, not having an agenda, realizing the answer to problems lie within the network, slowing things down and generating more dialogue.”

Managerial “buy-in” was another element of successful implementation. Developers discussed systemic constraints, such as insurance companies being unwilling to pay for more than one therapist in a room, and having to work within the structure of billable “units and medical necessity and treatment plans.” Additionally, time was a constraint, with staff having to fit things like network meetings into otherwise busy schedules.

Having managers who were on board with the OD/CNA mission was helpful. However, participants also stated that the approach needs to have a strong bottom-up component, rather than being organized according to traditional hierarchies. One developer used the image of a “rhizome” to explain:

“The rhizomes are part of the roots, like grasses that go underneath and spread out, and then the grass is what you see on the surface it’s just a really small part of it that is all the connections. And that image has really stayed with me for some reason. And so, I’m trying to implant the rhizomes and have it embedded in there and have it be more of a culture shift. So, it’s a beautiful idea.”

Buy-in was important from fellow staff members and families and clients as well. Some participants expressed resistance from family units because of how the meetings felt like an “intervention” or were uncomfortable with so many people in the room. Additionally, other staff members sometimes viewed the CNA approach as “a very weird way of working.”

Finally, a shift in organizational culture was required for CNA implementation, but that shift was not always a smooth one. Participants reported some viewing the CNA as disruptive to how they worked and understood their roles. One focus group discussed a “cult-like culture” associated with CNA, in the sense that power differentials and tribalism arose around those who had training in OD/CNA versus those who did not.

Participants also noted resistance to CNA in terms of it being “just another flavor of potato chips,” or one among many novel modalities brought in over the years. Disorientation around the alternative style of facilitation was another struggle for many staff members, even though most reported the changes in the style of working to be refreshing and liberating. As stated by one participant:

“The study findings are consistent with a previous study evaluating the implementation of OD in Massachusetts. Both studies found that challenges to implementing OD were related to the length and cost of providing training and inadequate billing structures. Our findings are also consistent with the process of adaptation and implementation of the OD approach in Scandinavia. A scoping review showed that the lack of standardized measures to determine fidelity to the original model and the general adaptability of the principles in different contexts make it difficult to determine to what degree the adaptations resemble the Finnish model.”

In the case of the CNA, the system was not completely changed to incorporate the OD approach fully, but rather, principles and techniques were incorporated throughout a myriad of existing clinical modalities, and some network meetings were facilitated by staff when possible.

In the scoping review, authors pointed to a resistance of the OD model to fidelity criteria and standardization, that was also the case in Vermont, where fidelity was seen by staff as a barrier to a more organic process of incorporating the CNA into day to day work in the agencies. Developers were also very clear in stating that the CNA is not a replication of the original Finnish OD model, hence the change in the approach’s name.