Due to the effects of colonization and persistent discrimination and inequality, indigenous people in Australia experience higher levels of distress and are at increased risk for suicide compared to non-indigenous people. Efforts to better the health and well-being of Australian indigenous groups with traditional mental health interventions have largely been unsuccessful. In response, there has been a push to design psychotherapeutic interventions that acknowledge and address the connections between individual distress and ongoing legacies of colonization and oppression.

In a chapter in the recently published book Beyond the Psychology Industry: How Else Might We Heal?, Australian psychologists Robert Brockman and Pat Dudgeon develop guidelines for a decolonizing form of psychotherapy that takes into account how socio-historical and political factors play into emotional well-being.

“There can be critical social, cultural, and historical differences that can make the experience of well-being and distress different, and standard Western interventions and approaches problematic and, at times, inappropriate. Furthermore, in many, if not most cases, there is likely to be specific aspects of well-being that are unique to a person’s Indigenous identity (e.g., connection to land/country),” they explain.

“While we contest that many Western evidence-based therapies procedures are likely to be efficacious for Indigenous people by way of our shared humanity, it should be acknowledged that the varied cultural, social and political experiences of Indigenous Australians will mean that in many cases, a standard ‘business-as-usual’ approach to clinical practice may not be appropriate or effective. Being able to work cross-culturally with awareness and respect for social and historical influences, and with Indigenous conceptions of well-being in mind will be an important step for clinicians interested in a decolonizing approach to clinical practice.” 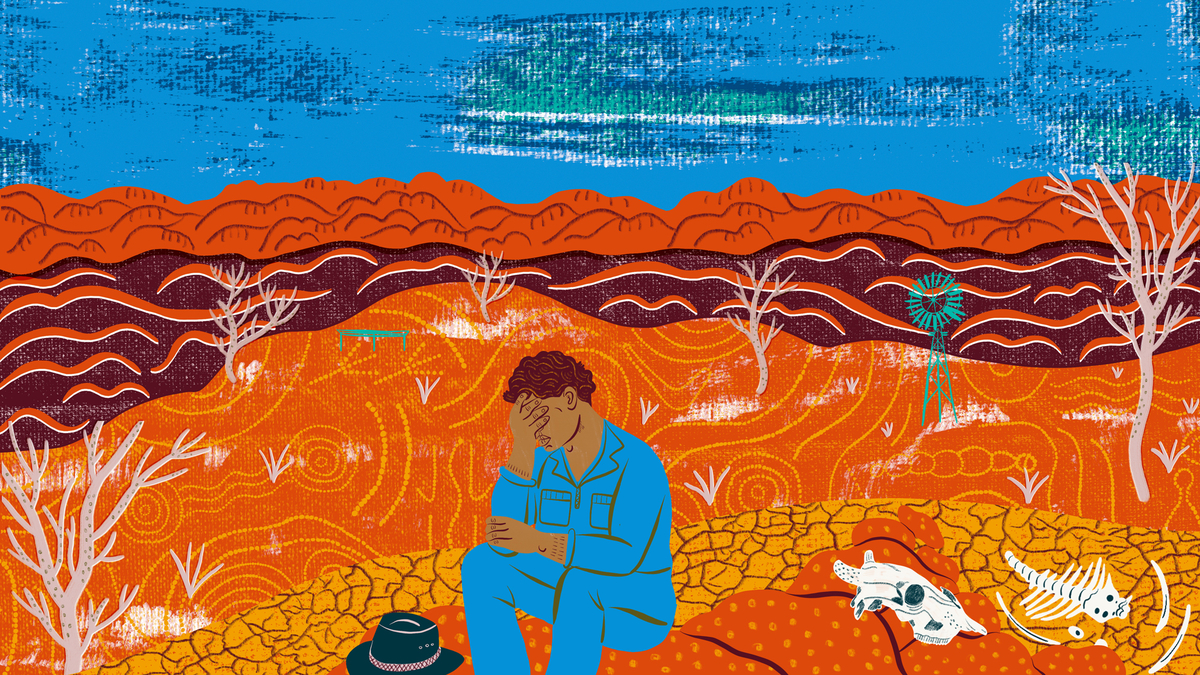 Colonization is a process in which a group takes over another’s territory or claims the land on which others live, appropriate their material resources, exploit their labor, and impose their own cultural, social, and political structures onto the other group. In the Australian context, colonization has led to socio-economic and educational disadvantages and health inequalities for indigenous groups. This is evidenced in higher mortality-rates, levels of homelessness, school dropouts, and intentional self-harm, as well as lower levels of emotional well-being.

Decolonizing perspectives in physical and mental healthcare have been developed to address these issues. Unlike traditional models of health, decolonial research and practice focus on the harmful effects of colonization and acknowledge how Western institutions maintain dominance over indigenous groups through entrenched social structures.

These institutions and systemic disadvantages reproduce indigenous peoples’ lack of autonomy and self-determination, which can fuel feelings of helplessness and hopelessness. The authors add that a “colonization of the mind” also entails “a loss of culture, language, and identity.” For this reason, healthcare (including mental healthcare) that seeks to increase the well-being of indigenous groups must include decolonizing practices.

Decolonization is a continual process of challenging, unsettling, and disrupting dominant social structures and dynamics by claiming a right to self-determination, which entails a collective movement towards transforming the social context, and engaging in communal and culturally specific forms of healing. Decolonizing approaches also highlights the critical role of social and individual self-determination in mental and emotional well-being.

Advocates argue that standard healthcare practices (that have ignored addressing the history and effects of colonization) have failed at improving this community’s well-being. In psychology, critics have argued that Western psychiatric and psychological treatments fail indigenous communities and detract from longstanding cultural practices the promote social and emotional well-being (SEWB). Researchers have suggested that local indigenous traditions can be integrated into culturally competent psychotherapy to address mental health disparities. For example, Māori practitioners in New Zealand have developed indigenous models of mental health care.

In their guidelines for decolonizing psychological practice in the Australian context, Brockman and Dudgeon provide nine core principles for the promotion of indigenous SEWB.

While Western notions of well-being are often centered on individual factors, the SEWB framework is based on the collectivist perspective of Australian aboriginal peoples. Connection to family and community is central to social and individual well-being and is disrupted by the historical and political context of colonization. To promote well-being, interventions must work on seven domains of connection; connection to the body, mind and emotions, family and kinship, community, culture, country, and spirit, spirituality, and ancestors.

The authors argue that based on a foundation of shared humanity, indigenous and non-indigenous people alike would benefit from decolonizing practices. For example, autonomy and meaningful relationships are factors associated with well-being cross-culturally. Yet, since cultural, social, and historical context also shapes well-being and suffering, traditionally Western forms of psychological interventions can be inappropriate, as they might not fit within indigenous cultural beliefs. Although there might be aspects of traditional forms of therapy that can be useful, clinicians interested in decolonization must keep in mind and respect cultural differences and modify clinical theory and practice.

The authors suggest that clinicians self-reflect on their own cultural experiences and “develop empathy and connected knowledge; an ability to suspend your world view so that you can connect more fully to the experience of those we seek to help.” Introspection is essential for developing strong relationships with patients, as these ties play a vital role in the process of therapy. Providing safety and stability, thoughtful self-disclosure, and flexibility about where therapy is to happen (whether an office, a park, a community space), also serve in the fostering of a positive therapeutic relationship.

Additionally, the authors suggest using indigenous SEWB frameworks when engaging in psychological assessment, case formulation, and treatment. For example, clinicians should gauge how social and historical determinants have influenced the collective and individual experiences people have lived through and how they affect their well-being. This becomes especially useful for working with patients who blame themselves for their negative experiences, and for identifying potential issues in the process of therapy.

Moreover, engaging with the seven domains of connection previously mentioned, clinicians can address themes of disconnection, as well as useful skills and techniques aimed at reconnecting. Yet, assessment, formulation, and treatment should be tailored in a case-by-case fashion, as there is a diversity of cultural views among indigenous populations and different levels of acculturation to Western values.

Finally, concerning clinical practice, the authors argue against using psychiatric diagnoses as it contributes to further stigmatization within these communities. Diagnosis also implies that suffering can be conflated with a disease, which is irreconcilable with a decolonizing approach.

Psychologists aiming to work with indigenous groups and interested in decolonization must also participate in activities that go beyond the individual therapeutic encounter. The authors recommend that clinicians introduce themselves to community members and organizations, assist community events, and build relationships within the community. Doing so deepens the bonds between the therapist and patients, and creates opportunities to learn firsthand about their experiences and culture. As well-being and distress cannot be increased simply by individual change, psychologists should also partake in advocating for social and political change and supporting community-led responses to changing their circumstances.

These guidelines provide fundamental changes to traditional forms of psychological practice that better serve indigenous populations by prioritizing culturally appropriate methods, rather than imposing non-indigenous ones. They also challenge individualist ideas about wellness by identifying socio-historical context and connections as determinants of wellness. By doing so, the movement to decolonize psychology calls for practitioners to take therapy outside the clinic and into the lived world of their patients, engaging in the community and advocating for social and political change.

Academics in the Global South, This Is Your Sign to Decolonize Psychology