A recent paper published in Transcultural Psychiatry unearths the contradictions inherent in the Diagnostic and Statistical Manual-V (DSM-5) regarding the influence of culture. While culturally sensitive diagnosis has garnered much attention, the specific criteria for various psychiatric disorders remain decontextualized.

The researchers, Melanie Langa of the University of Washington and Joseph Gone of Harvard, demonstrate the inadequacy of current considerations of culture in diagnosis through the case analysis of an American Indian woman. Langa and Gone argue that the revision from DSM-IV to DSM-V not only alters her diagnosis but also continues to ignore her socio-cultural realities.

The authors problematize these troubling trends in the DSM and call for more genuine and comprehensive inclusion of cultural differences in diagnostic frameworks:

“Eliminating context-dependent diagnostic criteria in some parts of the DSM may prevent valid diagnostic portraits for the culturally-diverse patients for whom the DSM aspires to be more relevant.”

Diagnostic frameworks in psychiatry and psychology, like the DSM and the International Classification of Diseases (ICD), have increasingly come under scrutiny for issues of cultural sensitivity and diagnostic validity. Issues of cultural and structural competency in clinical work are now a popular topic of discussion among psychiatrists.

These trends are in line with other developments in psychology and psychiatry, where socio-cultural variables like colonization, discrimination, and poverty as pre-cursors to psychological distress, are being given due attention. An interdisciplinary team in Europe recently cautioned the psy-disciplines against devaluing cultural factors as secondary to objective medical care, instead asserting that these factors inform the core of our experience and thus our understanding of distress and treatment.

The DSM-IV contained a section on ethnic and cultural considerations that warned clinicians of the repercussions of cultural ignorance. When the DSM-V appeared in 2013, the importance of culture was included in the very definition of what constitutes a disorder.

Despite these attempts to attune diagnosis to the concerns of diverse populations, many have argued that the fields of psychiatry and psychology continue to neglect the role of culture in mental health. For example, the global mental health movement has been accused of de-emphasizing cultural and systemic factors behind psychological distress and of only catering to the desires of high-income countries.

Langa and Gone contend that alongside the movement pushing for recognition of cultural diversity in diagnostic criteria, there is also an opposing trend that decontextualizes several psychiatric disorders like major depression and post-traumatic stress.

The authors trace changes in the diagnostic criteria for major depressive disorder (MDD) from DSM III-R to DSM-V. In the DSM-III, MDD included a bereavement exclusion which implied sensitivity to context — crippling grief due to the recent loss of a loved one was considered a normal response and not MDD.

DSM-IV altered this by formulating a two-month boundary of normal grief, that is, within two months of the death of a loved one, a person could not be diagnosed with MDD. DSM-V did away with the exclusion criteria entirely and further decontextualized the diagnosis.

The Post Traumatic Stress Disorder (PTSD) diagnostic criteria underwent a similar change between DSM III-R and the DSM-V. The newest version narrowed what qualifies as a PTSD stressor and also ignored an individual’s response to those stressors. The authors maintain that this move ignores the culturally modulated meaning-making process that is essential in understanding what is traumatic in the first place.

For example, the loss of a loved one does not qualify as a stressor anymore, thus precluding a PTSD diagnosis. Instead, provisional categories like Persistent Complex Bereavement Disorder (PCBD) that aim to address the relationship between trauma, depression, and grief have been proposed.

Langa and Gone point out that different self-concepts emerge in diverse cultures. As a result, those with the socio-centric concepts of self, which are traditionally ignored by biomedical diagnoses, might have a different expression of symptoms and a different experience of distress, which has clinical consequences for diagnosis and treatment when it comes to MDD and PTSD.

The authors illustrate these issues using the case of an American Indian patient Lisa (pseudonym) who was interviewed for a study which investigated concordance between the WHO’s Composite International Diagnostic Interview (CIDI) and the Structured Clinical Interview for the DSM-IV (SCID). The authors also conducted a reconciliation interview, which they analyzed using a thematic analysis.

Much like the Maori of New Zealand, the American Indian population of the United States has some of the worst outcomes for many diseases and higher suicide rates. Many suggest rampant discrimination and colonization, which erased indigenous ways of thinking and healing, and the lack of recognition of these atrocities, to be responsible for these outcomes.

The authors note four critical themes in Lisa’s experience: the central place of grief of losing loved ones in her understanding of her suffering, her recognition of traumatic stressors she considered responsible for her distress, the importance of friends and traditional community in order to heal, and her frustration with the care she received from doctors who solely prescribed medication.

The authors suggest that understanding Lisa’s case sheds light on the complicated relationship between grief and trauma and that addressing this gap in knowledge is imperative to make diagnosis culturally relevant. Lisa’s experience of healing and loss is relational and marked by her connections to others. This interpersonal dimension was what she sought from caregivers in the healthcare system. Her relational experience, which is grounded in her cultural background, highlights the importance of separating pathological reactions (like MDD) from normal ones (long-term bereavement).

The differences that emerge between her diagnostic interviews are rendered sensible when we consider the framing of experience through socio-centric and egocentric concepts of selfhood, the latter of which is privileged by the biomedical model’s understanding of health and disease. On the other hand, Lisa’s socio-centric self-concept, which privileges relationality, complicates her diagnostic picture, eventually casting her into a diagnostic borderland.

For example, the death of Lisa’s brother, which she feels was a significant stressor behind the PTSD diagnosis (for DSM IV) disqualifies her for a similar diagnosis under DSM-V. Further, given that the death of her brother was not due to homicide or suicide, the traumatic loss prohibits her from being included in the provisional category of PCBD.

“Thus, with the trend toward increasing acknowledgment of culture, the decontextualization of diagnostic criteria, cases like Lisa’s – involving members of socio-centric societies — might fall through diagnostic cracks of DSM V or ICD 11.”

The authors admit to the limitations in the generalizability of their study, given that it is based on singular case analysis. At the same time, Lisa’s experience does pose essential concerns regarding the relevance and validity of psychiatric diagnosis for indigenous populations.

This change in criteria is also relevant to veterans for whom it can have legal repercussions. It reveals the contradictory trend in the DSM, where cultural context appears to feature prominently, while specific diagnoses become increasingly decontextualized. 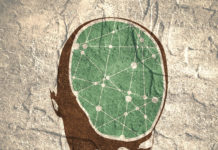