From the Disability Visibility Project: “There is a dangerous tale in the United States, one based on a myth of the deinstitutionalization of psychiatric asylums. Through this story, we are told that the asylum died and is a thing of the past. We are told that, now, ‘patients’ have rights, are treated with human dignity, and are not criminalized for their neurodivergence. We’re told that restraints and forcible medication only happen in ‘extreme’ cases. We’re told that the mental health care system is here to help us, support us, and ‘treat’ us. And now, when abolition has entered mainstream discourse, we’re told that this very system should be considered an alternative to incarceration in jails and prisons. But those of us who have survived psychiatric incarceration know that not only did the asylum never die — it is, and always was, another prison. Knowing the truth of these myths, we work towards writing a new story.” 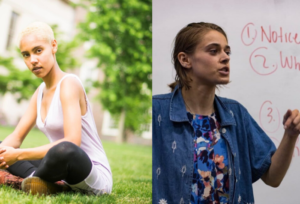