From MedPage Today: A newly approved “medication” for “schizophrenia” and “bipolar disorder” promises to reduce usual weight gain with olanzapine/Zyprexa by making it less pleasant to eat food. 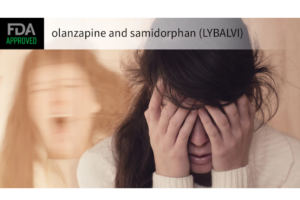