The connection between my dad and I has always been real and run deeper than what the eye and ear can detect. When I was young, we spoke subtly to each other, much like I did with nature and small animals through ample time spent alone, gradually honing in on my senses beyond the basic five. Amongst the chaos of family gatherings and through the barriers of micro-family relations, my dad reached out through delicate love—love sent through the air from across the room through a slow blink similar to the way higher truths were sent to me through the quiver of a tree’s leaf. He never made me feel weird about who I was. He leaned in when I felt nervous around others, and he put a strong arm around when my sister mocked me and spoke over. He embodied unconditional love—the kind I found abundant in the natural world. Over the years, I would come to find that this spiritual kind of love that communicates on higher levels is often feared and labeled by the mental health system, despite so-called professionals’ growing curiosity and awareness of something more.

As a quiet, socially-scared kid, I could have been taught to fear my instincts and unexplainable abilities, but my dad picked up on everything too. He was like a silent watchful radar always with the intention to protect and care. He taught me that being seen in all my insecurities wasn’t something to be feared. He taught me through example that enjoying time alone wasn’t weird. He seemed to need this kind of space too. He allowed me time to explore and connect to higher forces through my art, and in this way, he made me feel at home. 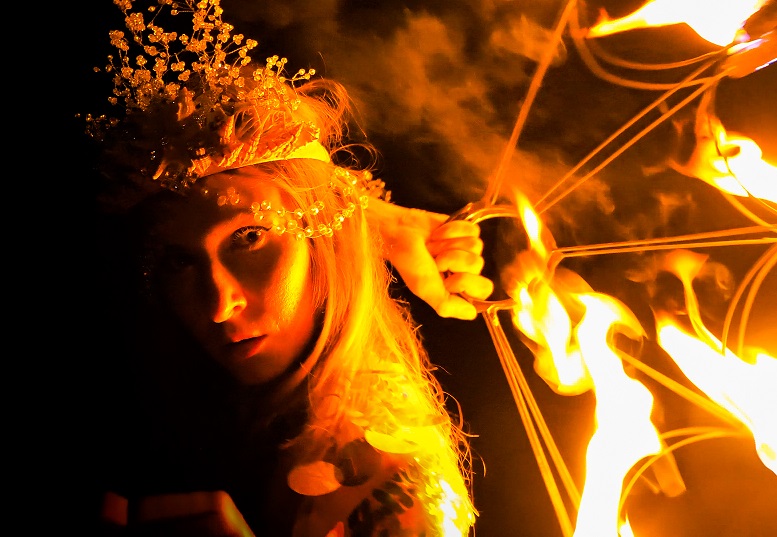 As I grew older and my life at school flipped upside down, my dad developed a new higher ability, one that I call fire. He had never had this highly protective anger before, but I wasn’t afraid as I both respected and needed it. On a daily basis, starting from eighth grade, I was under attack by vats of love-suckers, black holes in a way, as I faced bullying at its extreme coming from every direction, every space within and without school, from all walks of social standing. I had no friends. Even the ones I called “friends” gave way to bullying tendencies, caught up in the tidal wave of insults that was all around. I had lost my virginity at an early age to a new boy at school, and after he broke up with me two weeks later in front of everyone in the cafeteria, my school life flipped upside down. I dropped to a hellish bottom where I was dirt-sized and disposable enough to serve as bullying food for anyone. All traces of my existence and place in school prior to this event got sucked into a void and disappeared.

I could have lost all hope. Within a human world where I felt I no longer belonged, I could have lost any reason to exist, but because of my father’s strong love and the unconditional love I felt in nature and through my art, I still had a place. I still had purpose in exploring this higher world, and my father, through his similar ways of communicating, made sure to protect this space for my personal exploration with all his heart. He was my keeper in a way. I never told him what was going on at school, but now it’s obvious to me that he knew everything. How could he not? He was born with radar detection, just like I was. In a way, I believe every being who has experienced human-made hell on Earth is gifted with these kinds of extra abilities.

During my adolescence, however, I went dead quiet and lost much connection as my mother increasingly drifted from our family, living in a web of lies, and my sister’s engulfing ways began to destroy my personal romantic life. As I expressed myself almost solely through art and writing at this time, my dad evolved as a father and began listening to me through my creative means as well. I didn’t realize at the time, trapped inward and upside down as I was, but every time I played a CD in the car or dyed my hair and pierced my tongue, my dad was reading—reading all the lyrics and all the signs intensely. He could ask what was wrong, and did a couple of times, but I couldn’t speak. I could only point and show, terrified of the world around me and traumatized to the point of living internally.

These were the darkest times—the silent era—and my father was fast to sense, fast to react, scary and fierce in his ability to protect, and it was a relief and a blessing to have a father like him to carry me through this time. He defended my space—my tiny bedroom, my one place to express and heal—with a speed and fire that defied the forces outside that made me scared. He was scarier than my demons, and for a long time, this was enough to keep me safe and allow me my last remaining space in the world to connect spiritually. He was wiser than any counselor; he knew that my art and time alone would eventually help me heal, but unfortunately, the horrors were not just in school anymore. They had found a way in, invading beyond our four walls, into our own home through my mother and my sister’s actions.

The turning point happened when I discovered my mother’s first gruesome infidelity—the one that crossed age barriers and family lines. Unfortunately, it was to be the first of many. During my senior year, just before graduation, I discovered from a friend that my mother had slept with a boy nearly my age—a boy my own sister had gone on a date with—and so I confronted her face-to-face. For the first time in my life, I grew a deep and ancient kind of power. As my mother at first denied the accusations, a fire within me grew—the same fire my father had developed—and it burned through all her lies until she finally told the truth. This is the same sort of fire energy many psychologists label a symptom of bipolar—the only sort of energy that could get my double-life-leading mother to admit for the first time to her lies. She begged me, from the frame of my bedroom door, to promise not to tell my father. She begged me to carry the burden on my own. Swallowing a thick seed of wrath, I obliged. I kept her secret—the secret that broke my pure and honest connection with my father—and with that burden of keeping, I found myself unable to tell my dad by even the most subtle ways of speaking what was wrong as I stared at my calendar, unable to sleep or relax.

Time would tell. Time and judgment labels would eventually show how another person’s abuse and lies can destroy an innocent keeper’s life. My mind raced as my mother continued her infidelities four years later, and as my sister spilled her rotting soul into all facets of my life: two fast-moving serpents outside of my sanctuary as my dad sat with me. That evening as I sat stuck in front of my calendar—the apex evening of all these household nightmares—his gaze filled with desperate tears, begging for me to finally speak. The subtleties were not enough anymore. His higher connection was flickering on and off too as his senses picked up on the horrors closing in around us. He needed me to say something, not only for myself, but for him, and in later years, for all the other black sheep I was destined to meet.

In the end, not only did I speak, I raged.

As I woke groggy in my childhood twin bed at age twenty-one, intruded upon and surrounded by my mother and sister, I pulled up the covers and backed myself up toward the wall. The two of them coaxed me toward the edge, feigning interest in my writing—lying and pretending to be allies as they finally seemed to care about my subtle ways of speaking. They coddled as I read a piece entitled “When Harold and Kumar Can’t Make Me Laugh.” They cloaked me in phony praise as they kept me still, knowing all along the ambulance was coming to get me, and they per usual would be safe and not blamed for anything. They reveled in the system. They loved the way it kept both me and my father small, all while giving them power and freedom in their crooked, selfish ways. I panicked once I realized what was going on. I tried to lock my door—I tried to kick them out—but the ambulance attendants came in, saying I just needed to be checked out. They made me think I could trust them. As the doctors poked and grabbed, shining bright lights on my scars, blunt words and judgmental looks like daggers to the soft and safe world I had known, I tried to pull away. It was my father who said, “I know you weren’t trying to commit suicide. You didn’t take all the pills in the bottle.”

He said this too quietly though. He was scared and overwhelmed too. He had lost his fire—the fire I needed more than ever before in that very moment. The fire every person who has ever been scared and abused needs, and is thus granted through higher connection. These abilities are not illnesses. They are powers.

After that hospitalization, I was never the same. I came out flaming. I came out with all the rage in the world and a new ability to call upon this rage at any point in time. I became the most terrifying—the most fire-filled—not only for myself, but for the fiery protective father I had lost. If his flame wasn’t enough, mine always would be, and from then on, it was, for all the wrongfully blamed. For all the beautifully connected and artfully gifted. As I’ve learned both as a student of psychology as well as a target by the very same system, peaceful modes are not always enough. When a person is in hell, surrounded by enemies, without a protector or strong force on their side of any kind, that person needs to become their own powerful spokesperson. I am here to always breathe fire when necessary to defend those who have been abused for being abused. It is not sociopathic to love solitude. It is not bipolar to feel, and it is not schizophrenic to be able to pick up on lies and tap into communication through higher means. These are all superpowers.

Necessary Powers: How I Became Fire