A new study published in Psychiatric Rehabilitation Journal investigates how service users and persons trained in recovery-oriented practices understand the role and importance of medication. Conducted by Lauren Jessell and Victoria Stanhope of New York University, the study finds certain important differences in the way medication is viewed by the two groups. While considered essential to recovery by the practitioners, for many service-users the inflexible focus on medication was often experienced as coercive.

Researchers analyzed interviews from focus groups of practitioners and service-users who were part of a NIMH-funded study on Person-Centered Care Planning (PCCP). PCCP is an evidence-based recovery-oriented practice. It is meant to increase partnership and shared-decision making between service providers and users. The two are supposed to develop goals as a team (for e.g., employment) and collaboratively create a written plan on how to achieve them. 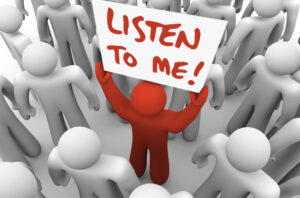 “Our findings indicate that while providers applied recovery principles to other aspects of mental health treatment, they did not apply the values of choice and collaboration to the use of psychiatric medication… Their skepticism reflects previous literature suggesting providers’ perceptions of service users as “too sick” can be a barrier to the uptake of PCCP and other recovery practices.”

The recovery movement within psychiatry was a survivor/service-user movement that emerged in response to coercive mental health practices. It prioritizes values such as agency, self-determination, empowerment, person-orientation and involvement, and choice.

After initial skepticism from psychiatrists, the recovery-oriented movement showed that our understanding of severe mental health problems like schizophrenia as chronic and life-long are inaccurate and harmful. It also shifted our focus towards structural, social, cultural, and relational factors that make recovery possible. Service-user research has shown that recovery is a complex concept, and clinical recovery is often different than personal recovery which emphasizes meaning, hope, and optimism.

Given that recovery-oriented practices emerged in opposition to coercion and authoritarianism in mental health services, the current focus on forced medication within the movement is of special importance. Others have previously noted that the role of medication in recovery-oriented practices is complex and nuanced, and that patient choice must be at the center of this discussion. More recently, many feel that the recovery-movement’s values have been diluted, co-opted, or downright abused. The researchers of this study aim to explore this tension.

In the present study, Jessell and Stanhope utilized qualitative data from 22 focus groups of patients and service providers engaged in PCCP. 7 focus groups were of supervisors, 8 of direct care staff, and 7 of service-users. Data was collected from a NIMH-funded randomized controlled trial testing the effectiveness of PCCP. The aim was to investigate how providers of PCCP understand the place of medication and how those receiving PCCP understand and experience the role of medication. Thematic analysis was used to analyze the data.

“Our analysis revealed that when engaging in PCCP, most interventions and services were aimed at helping service users achieve overarching life (i.e., recovery) goals in keeping with recovery-oriented. practice. The exception was the management of psychiatric medication, which was handled differently than other aspects of treatment.”

In the perspectives from PCCP providers, the main emerging theme was “promoting adherence”. Providers considered ensuring that service users were taking their medication as a professional responsibility and it became a goal of the written plan. This was despite medication adherence not being a goal selected by the service-user.

This included doing home checks to ensure patients were medication compliant. Those who were compliant were considered ‘ideal’ while others were thought of as ‘difficult’. Incorporating the recovery-oriented model for medication simply meant being more lenient; while taking medication was not presented as a choice, providers said that they tried to understand the reason behind patient non-adherence and thus “validated” their experience.

An emerging sub-theme was “medication as a precondition”. Providers considered medication adherence as essential and a pre-condition to recovery, independence, and to PCCP. In other words, providers believed that any positive changes in a patient’s life were only possible if they were taking their medication. They felt that the presence of any symptoms such as hearing voices meant that recovery-oriented work or recovery itself was not possible. Working collaboratively on shared decisions was thought possible only if patients were made compliant and symptom-free with medication. Alternative forms of symptom reduction were not provided as a choice.

Two important themes emerged from the service-user perspectives; the first was “we are cattle”. For some service users, medication was helpful in making them feel better but they also reported adverse side-effects. Their biggest grievance was the rigidity and absence of choice around medication – a coercive one-size fits all model which was detrimental to their well-being.

Others complained that the flexibility which was required of them as service-users was not reciprocated by the providers at all, reflecting a serious power imbalance. If the latter were late, the service-users simply waited, but if it was the other way around, the prescriber could refuse to see them. Sometimes, this led to forced discontinuation of medication. It should be noted here that coming off psychiatric drugs is not only painful, but can often be dangerous. For example, new guidelines insist that antipsychotic tapering must be extremely gradual.

Other service users who were troubled by the long-term effects of psychiatric drugs or suffering from adverse side-effects felt their concerns were dismissed, which made them distrustful. Not being given a choice around medication was seen as coercive by service-users but their protests were considered violations. One service-user spoke about being threatened with a probation officer if they did not take their drugs.

The second theme “my saving grace” emerged as many service users described medication as helpful in reducing distressing symptoms. For others, the very act of compliance and adherence was part of recovery – that they did not get “into trouble”. They considered medication important for symptom management but not to achieve the discussed life-goals. For some the medication was helpful to manage symptoms (for e.g., panic attacks) but the side-effects were distressing; they were reassured by providers that these would go away if they kept taking the drugs.

“Our results show that even within agencies actively implementing PCCP, there are aspects of treatment, namely medication management, that are more impervious to recovery principles.”

Limitations of the study are that none of the psychiatrists or other prescribers were trained in PCCP in this trial. Additionally, the training period for staff and others was only 2 days, followed by bi-monthly assistant calls with PCCP consultants. Person-centered care when used in collaboration with community-based care has been used to reduce rehospitalization, but it is not without problems. Despite its promise, it is vulnerable to bias against ethnic minorities.

Jessell, L. & Stanhope, V. (2021). “How Do You Try to Have Anyone Comply or at Least Be Pliable With You If That Person’s Not Even Medicated?”: Perspectives on the Use of Psychiatric Medication Within Recovery-Oriented Practice. Psychiatric Rehabilitation Journal, Advance online publication. (Link)