There seems to be an increasing interest in indigenous healing practices among Western psychiatric researchers. Efforts have been made to understand how healers (i.e., shamans) conceptualize and treat mental health conditions and demonstrate their effectiveness within their native cultural context. Examples of traditional healing practices around the world include those indigenous to South Africa, Singapore, New Zealand, and Hawaii that center communities in contrast to individualized Western psychiatric approaches.

While their practices are considered a resistance to the colonizing forces of Western biomedicine, many in the Global Mental Health field are working to integrate traditional healing into psychiatric care in different ways. Such attempts vary from training traditional healers to take on tasks and roles within the mental health system to developing curricula to support the intersection of traditional and conventional medicine.

However, much has been said about the Global Mental Health (GMH) movement and its interactions with traditional understandings of mental health as it continues to be exported to the Global South. The authors write:

“Given the traditional healer’s potential in closing the mental health treatment gap, scholars have long debated the merits of collaboration between traditional healers and medical providers across a wide variety of settings. In low- and middle-income contexts where this treatment gap is greatest, the discussion has emerged within regions such as South America, the Caribbean, Asia, and Africa… A great majority agree that collaboration between traditional healers and medical providers would improve the overall mental well-being of their communities. However, these publications diverge with respect to their respective takes on collaboration.” 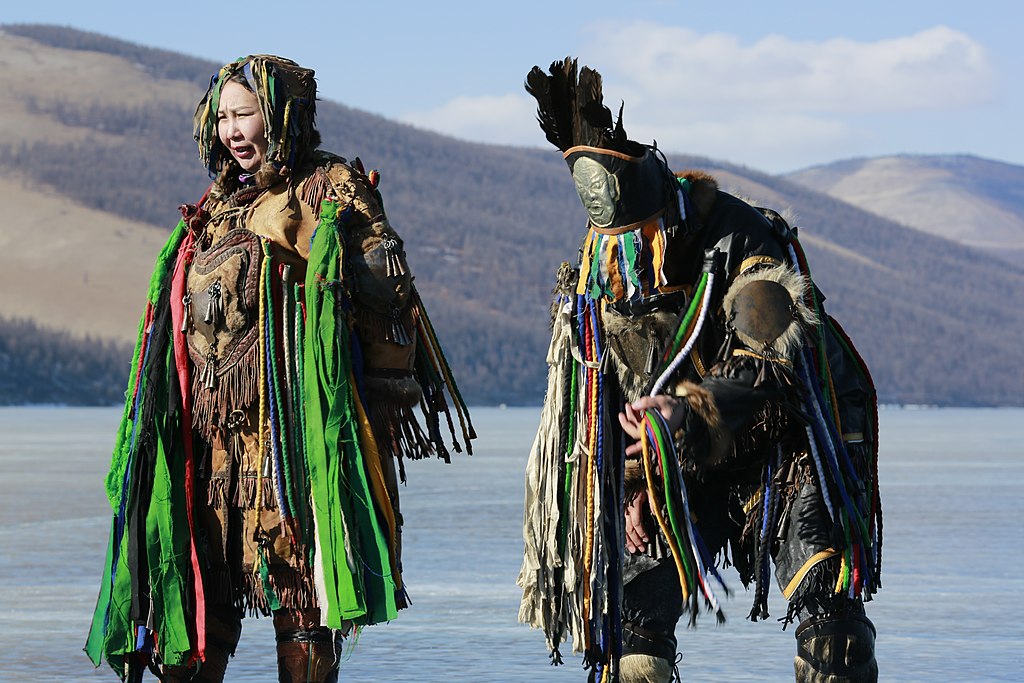 There is little epidemiological data on how many people see traditional healers and what mental health conditions are being seen by these healers. However, qualitative research has helped us better understand the appeal of traditional healing in colonized communities. By demonstrating how these healers are more accessible than medical providers in many parts of the world, such research documents how they use culturally congruent causality models and rituals to organize their patients’ inner experiences and promote health and well-being.

Much of the research done thus far on collaborations includes case studies and ethnographies to increase dialogue between the traditional and conventional healing approaches. However, even in this research literature, the authors point out criticisms of consistently prioritizing Western medical approaches with less attention paid to traditional healers’ contributions to positive outcomes. The authors cite successful cases of collaboration such as the yachactaitas in the Andes, the use of Espiritismo in Puerto Rico and Brazil, and consulting with Bedouin traditional healers in Israel.

Collaborations that integrated traditional and modern healing on a larger scale have been done largely in high-income countries such as in the US, Canada, New Zealand, and Australia, funded by government agencies that used community traditional healers to deliver treatments. For example, when mentioning a standardized 12-week program in Detroit centering the sweat lodge ceremony, the authors said:

“Analyses from the program’s development provided reality-based feedback in regards to incorporating traditional rituals within modern contexts. For example, while interviewed stakeholders expressed a generally welcoming attitude, they raised several areas for potential conflict, including the dissonance between indigenous therapies and the realities of urban life, the difficulties in managing multi-, equal-, and trustworthy tribal representation among traditional healers, and preserving the integrity of traditional healing in the context of a growing market trend to capitalize on alternative medicine therapies.”

Where they have happened, such as the Partnership for Mental Health Development in Sub-Saharan Africa (PaM-D), building mutual understanding between traditional healing and conventional medicine has become the focus. However, the authors highlight how traditional healers hold much distrust in sharing their knowledge with their colonizers, given the history of indigenous healing knowledge being used against them and their communities. They also mention that in many clinical, educational approaches, ethnocentrism, and cultural essentialism are embedded within the discourse of cultural competency.

In the context of WHO recommendations for government health programs to include traditional healing as treatment resources, the authors suggest ways forward for psychiatry to respectfully collaborate with traditional healers. They proposed studying the processes and outcomes of traditional healing utilizing a variety of culturally informed research methodologies, learning about the local contexts in which these systems operate (e.g., ethnographies), and investing more in large-scale collaborations in low- and middle-income countries that focus on indigenous healing. Though, the authors specifically caution against using traditional healers to refer to other mental health providers.

“In doing so, biomedicine would subsume the traditional healer’s role while neglecting efficacious treatments based upon local, culturally congruent causality models which escape the confines of formal counseling, psychotherapeutic techniques, and biomedical principles in general. Instead, collaboration should facilitate traditional healers to safely practice in line with their theories and approaches,” the authors write.

“Ultimately, understanding the contributions and value of traditional healing to individual, family, and societal wellbeing and mental health is crucial before these resources are potentially sidelined or lost in the march to reduce the biomedical treatment gap.”