A recent article published in the journal Psychosis sought to understand how people’s sense of self is affected after the experience of first episode of psychosis. The qualitative study results shed light on the possibility for post-traumatic growth, highlight the limits of current explanatory frameworks for psychosis, and point to treatment approaches that support recovery.

“Psychosis can affect identity in fundamental ways,” Phoebe Friesen, the lead author of the study and a professor of Biomedical Ethics at McGill University, points out. “Increasingly, those experiencing psychosis for the first time are enrolled in early intervention services. We sought to explore how individuals enrolled in such services felt their identity was impacted by their experience of psychosis.” 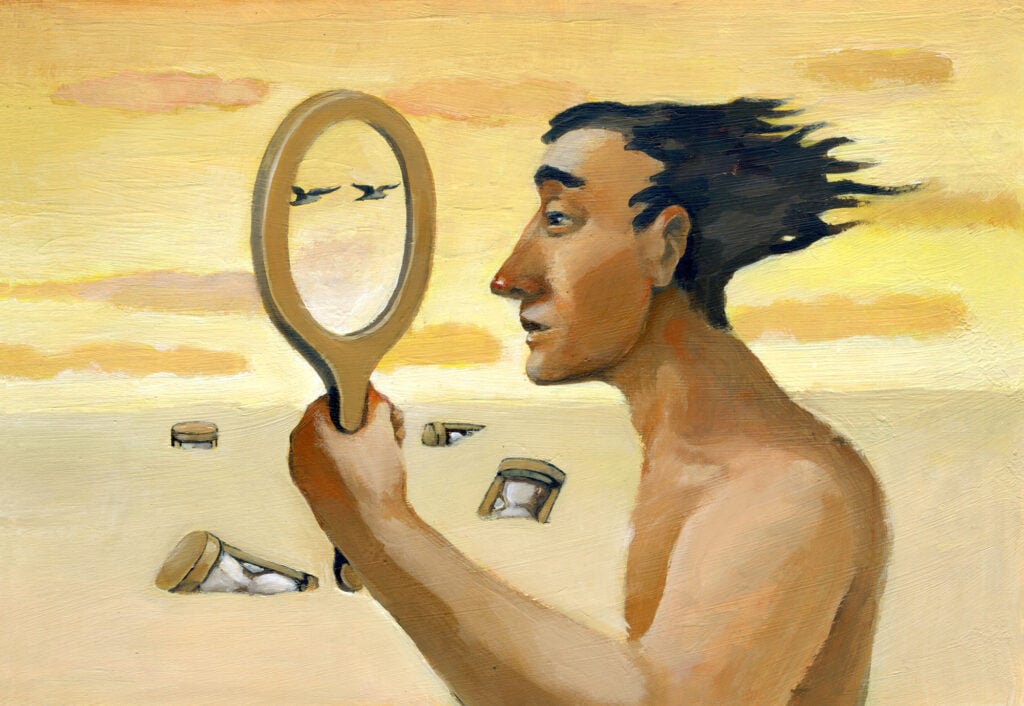 Early intervention services such as first-episode treatments for psychosis and approaches to people at clinical high-risk for psychosis offer specialty care for people experiencing psychosis and psychosis symptoms for the first time. These services are receiving more recognition and often focus on personal goals, recovery, and maintaining the roles people play either in their family, at school, or work. Although there are many different understandings of the cause of psychosis, exploring identity with people who experience psychosis is often essential for the treatment.

“The link between identity and psychosis may be particularly pronounced during experiences of first-episode of psychosis,” the authors note. “While most research examining the link between psychosis and identity has focused on individuals with a long-term diagnosis of schizophrenia, a few studies have investigated the experiences of those enrolled in an early intervention service.”

“As we shift away from a system of care in which diagnosis of schizophrenia is received as ‘a prognosis of doom’ and towards one in which those who have experienced psychosis are encouraged to continue setting goals and engaging in personally meaning activities, the identities of those enrolled in early intervention services are likely to be significantly impacted.”

As people’s sense of self is often affected by the experience of psychosis, how people’s identities change and how they make sense of these changes need to be studied. One way to understand the differences in identity following first-episode psychosis is through the concept of post-traumatic growth.

Although some studies suggested that the integration style of recovery has more positive outcomes in terms of their symptoms and quality of life than the seal-over style, more studies are needed.

To contribute to this growing body of literature, the researchers conducted in-depth interviews with several individuals enrolled at the early intervention services in New York City “to better understand how their identities were affected by their experiences of psychosis.”

The researchers conducted semi-structured interviews with ten racially diverse people enrolled in early intervention services for at least six months. They were asked about their experience of psychosis, identity, and wellbeing.

There were four themes identified from the analysis: (1) identity during and after psychosis, (2) psychosis and meaning, (3) reconciling experiences with explanations, and (4) positive changes to identity following psychosis. Each theme also included four sub-themes (underlined below).

Based on these themes, the study further discussed people’s recovery styles, explanatory frameworks, and post-traumatic growth.

“Some participants described psychosis as ‘crucial’ to their self-understanding or as helping them recognize a trauma they’d been carrying with them for a long time. Others described psychosis as a time in which ‘I left myself, and then I came back’ or as something that ‘postponed’ their identity, but that hadn’t changed them. These differences are similar to the distinction between integrating and sealing over.”

However, as that the experiences of psychosis are often complex, the authors suggested a mixed-recovery style, combining both integrating and sealing over styles. In addition, the principal author proposed the use of personal narratives and the development of a personally meaningful explanation for one’s experience for the recovery from the first episode of psychosis.

“Many used multiple explanatory frameworks to understand their experiences, describing psychosis as ‘a chemical reaction in my brain’ but also ‘crucial’ to their self-understanding,” the authors write. “Participants also engaged in bricolage, utilizing a variety of explanatory frameworks, such as biomedical, spiritual, and psychosocial frameworks, to describe and understand their experiences of psychosis.”

For the theme “positive changes to identity after psychosis,” many participants endorsed positive changes to their identity, such as greater maturity, more empathy and compassion, and a greater sense of appreciation. In addition, some reported new goals and priorities in life.

“One particularly pronounced finding was the frequency with which participants reported positive changes to their identity following psychosis. This aligns with a growing body of literature documenting how people who have experienced psychosis see it as an opportunity to change and improve their lives as well as the experience of post-traumatic growth in the context of recovery from first-episode of psychosis.”