From Business Insider: “In May 2020, Kristy’s world shattered the moment she heard a loud thump in the bathroom.

He’d been her partner for eight years. The father of her two children. The love of her life. A suspected opioid addiction took him on May 2. Racing from the living room at the sound of that collapse, Kristy found his unresponsive body blocking the bathroom door. Paramedics pronounced him dead when they arrived.

That was the first blow.

The second came later that day when she let her job know what had happened.

Kristy, who confirmed her identity with us, asked Insider to omit her last name for fear of potential consequences from her employer, a halfway house for women. She says her bosses told her they’d grant her five days of bereavement leave.

Five days to call family members; to obtain a death certificate; to handle legal and financial affairs; to make funeral arrangements. And somewhere in those five days, to actually grieve before heading back to work.

‘Five days?’ Kristy told us. ‘It’s insane to me. You don’t even get to grieve the first few days. You’re in shock.’

But five full days is what passes as generous grieving time in America today. The average HR policy grants between one to five days of bereavement; the most popular policy is three days.

Kristy’s story is a personal tragedy that exposes a national catastrophe: People are being robbed of the time to properly experience their emotions.” 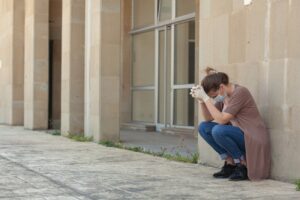