If you’ve been to therapy in the past 10 or 15 years, chances are you’ve been told to meditate when you begin to feel distressed. Maybe you’ve tried focusing on your breathing but found yourself getting more and more worked up. Maybe you’ve started to get angry at the therapist—or friend, or family member—who swears by this practice. You conclude that it simply doesn’t work for you. Maybe it even made you feel worse.

Now, researchers may have discovered why.

In a new study, researchers led by Eric Tifft at the University of Albany found that the reason people chose to meditate—the intention behind their practice—predicted whether they experienced relief from their distress or not.

“Meditation practices have been marketed broadly to ameliorate human suffering. As such, individuals may seek out and use meditation to control or manage unpleasant thoughts and emotions. Emotion and thought control research suggests that meditation used in this way may potentiate unpleasant private experiences and contribute to negative outcomes,” the researchers write. 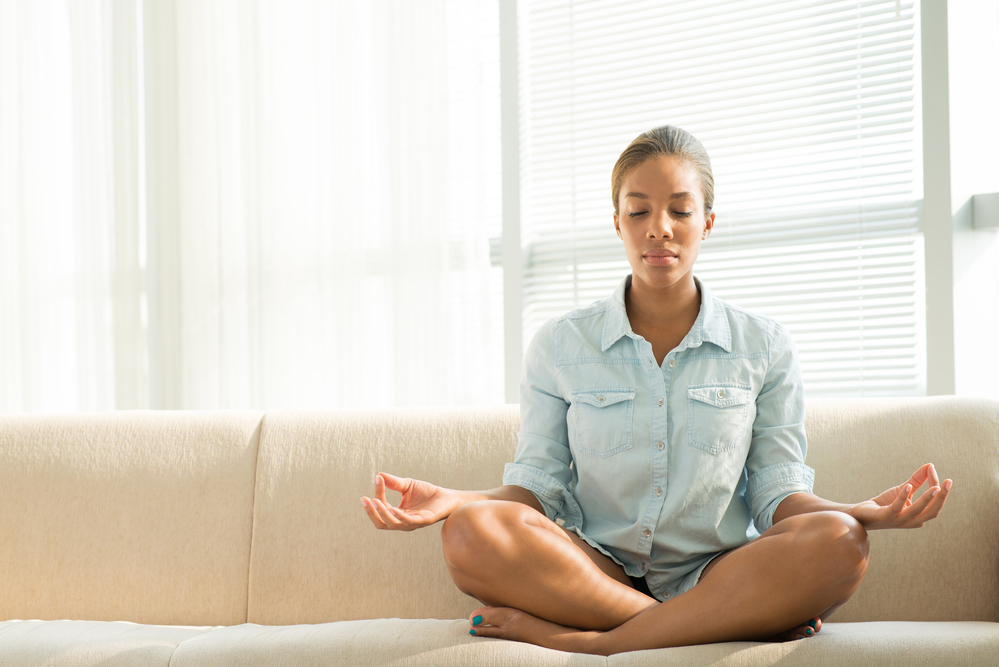 According to Tifft and his co-authors, there are two main intentions that people hold when they decide to meditate. The first stems from the spiritual origins of meditation, such as Buddhism, and involves mindful acceptance—noticing thoughts and feelings, even negative ones, without judgment and without trying to control them. The second intention is the polar opposite: meditating to try to make anxiety, depression, or other negative feelings go away.

This is the popular understanding of meditation in the Western world, which has divorced the practice from its spiritual roots and treated it as an add-on mental health intervention—something that will help your “symptoms” improve. In many cases, people are taught methods of meditation—like noticing your breath, for instance—but their goal for doing it is to reduce their anxiety, depression, stress, etc.

In the current study, Tifft and his colleagues have found that this focus on reducing symptoms undermines the success of the practice. And conversely, being open to those negative feelings and accepting them—as in the context of Buddhist meditation practice—actually does end up reducing distress.

The study included 103 college students who had previous experience with meditation. The sample was more diverse than usually found in psychological studies: less than half (45.9%) were White. A little more than half (58.2%) had used meditation to try to control their emotions; the other 42.8% had engaged in meditation with a mindset of openness/acceptance. (Only five students did not fit into these categories, reporting that they held both intentions; they were not included in the analysis.)

The researchers compared the two groups and found that those who were trying to control their emotions had higher distress:

The researchers also found that the perception of distress­—not the severity of anxiety or depression itself—predicted intention to control rather than acceptance.

The researchers determined this because scores on the State‐Trait Inventory for Cognitive and Somatic Anxiety and Beck Depression Inventory did not predict whether people were trying to control their distress or accept it—once their perception of how problematic it was to have unpleasant emotions was added to the equation.

Because of the study design (cross-sectional), it is not possible to infer causality. The researchers acknowledge this limitation and are quite clear about the three possible interpretations of their results.

One explanation is that people who believe distress is problematic turn to control-based meditation rather than focusing on acceptance. It doesn’t seem to work, though, since these participants still reported worse distress.

The second explanation is that meditation focusing on control actually makes distress worse because it makes people focus on the problem and feel hopeless when meditation doesn’t solve it.

The third explanation combines the two: people who perceive negative experiences as problematic focus on controlling these feelings, which makes it worse.

The researchers add that “these findings are consistent with research suggesting that deliberate and effortful control of unpleasant private events can be ineffective and is associated greater psychological suffering.”

One implication: Therapists might want to focus on teaching acceptance before introducing meditation techniques.

In a blog post on Medium about the study, Steven Hayes—noted psychologist and creator of Acceptance and Commitment Therapy—calls out the prevailing shallow notion of meditation and refocuses attention on the spiritual context of the practice:

Note to the wonderful world of fast-food meditation: contemplative practice is NOT about getting rid of your experiences. It’s about anchoring yourself so that you won’t be swept away, and remain steady and present even in the presence of rain, thunder, and crashing waves. As the recently passed monk and peace activist Thích Nhất Hạnh put it, “In mindfulness, one is not only restful and happy but alert and awake. Meditation is not evasion; it is a serene encounter with reality.”