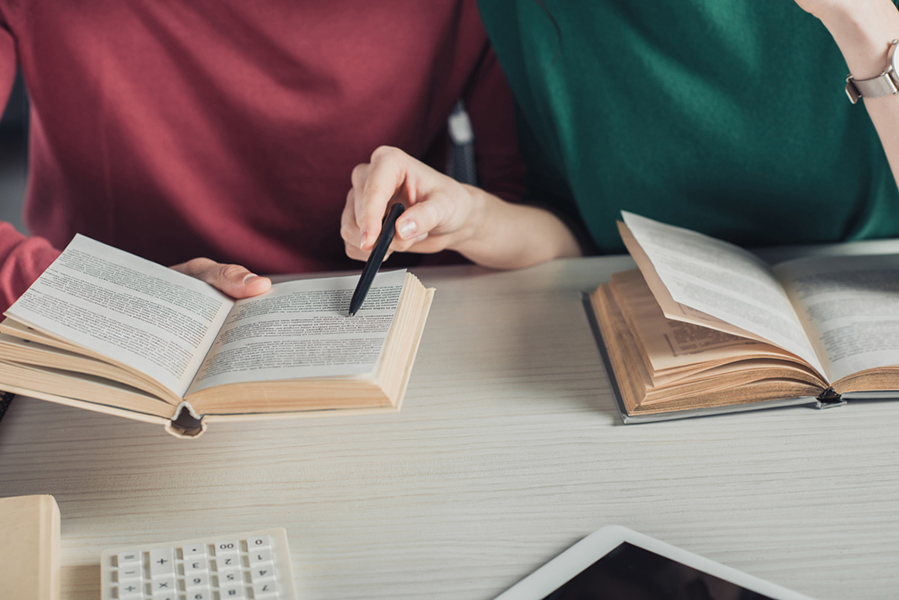 Standing Still and Looking Back: A Memoir by Stuart Shipko (Independently published) 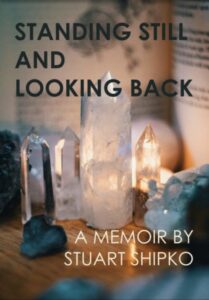 “I like to think of myself as a healer,” says Stuart Shipko in the introduction to his latest book, a compact volume that’s part pandemic diary, part memoir of his career in psychiatry—and part reflection on the profound, often-indescribable nature of healing itself. And as he makes clear, that can include more mystical transformations that fall outside the strictures of medicine.

Early on, he explains, he tried his hand at such alternate approaches, incorporating the lessons learned: How healing happens, and what healing is. He peppers the book with tales of such transformations, including a few that ultimately resolved in death. Among them are the woman, unconscious and nearly gone, who suddenly popped awake to say goodbye to her family; the man he healed of leukemia only to die of an abdominal aneurysm; the woman dying of heart failure whom he hypnotized, helping her eat again; the man with the horrifically fractured femur who healed overnight (“You did it doc, I’m fixed”) and promptly threw a party, overdosed, and died.

Ultimately, Shipko stepped away from such efforts and turned his career toward hospital consultations and expert testimony. (He’s also the author of Xanax Withdrawal and Surviving Panic Disorder: What You Need to Know.) But they were formative experiences, he writes. “I retained a sense that people are not machines, not easily reduced to an algorithm. . . Medical science may be less important than I thought.”

For readers of MIA, the most compelling parts of Standing Still and Looking Back are his reflections on the shifts in psychiatry and the ever-creeping influence of mechanistic thinking.  When he first trained in the field, depression was treated with therapy and regarded as “limited”—a duration of 6 months, perhaps. Some tricyclics were used, but short-term only; Prozac and other SSRIs didn’t arrive on the scene for another six years. Once they did, clients started going on them forever; depression became a “chronic relapsing condition”; medications became the “centerpiece” of practice.

Supporting people in their pain, and getting them off of medications, meant supporting them as human beings. “It did not require magic healing powers,” Shipko writes. Even when he did heal people outside the realm of medicine, he was only giving them permission to heal themselves—to “do what they needed to do,” whether that meant living or dying.

Sprinkled through the book are COVID-19 diary entries tracking the course of pandemic and politics, isolation and fatigue, emerging vaccines and hesitancy, all of which will feel familiar (almost too familiar) to an exhausted populace. But such ruminations dovetail with his tales of psychiatry, from which he retired at the start of the lockdown. Its practice had become “almost too painful,” he says. “It’s too much about the medications now, medications that are generally harmful over time and often never needed in the first place. Practicing psychiatrists are just shooting in the dark, drug dealers with a fancy credential.”

In the end, he adds, “The drugs often create mental illness instead of curing it.”

The Grieving Brain: The Surprising Science of How We Learn from Love and Loss by Mary-Frances O’Connor (Harper Collins) 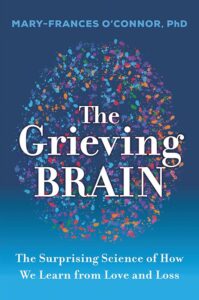 With this clear, confirming, compassionate, beautifully readable book, Mary-Frances O’Connor has written something more than a neurological exploration of the brain’s behavior as its owner grieves. She’s pulled together more than a discourse on the neurons scrambling to problem-solve when a beloved someone dies, on the neurological stamp that lingers on gray matter, and the real sense—verified by research—that someone we bond with in life still holds a place on the map inside our brains.

She uses all of that science to underscore the profound humanity in all who, moving forward after some terrible loss, feel themselves pulled into competing realities at once: Into the past, filled with death. Into the present, filled with life. In the odd conjunction of both, tacking from a neural landscape where the departed still takes up residence—and in the nitty-gritty dimensions of the world around us, where they’re unquestionably, irrevocably, painfully gone.

Anyone who has ever buried someone they love will feel seen by O’Connor, who uses both her research bona fides in neurobiology and her humanistic grounding in psychology to counter so many enduring assumptions about grief: That it plays out in neat chronological stages; that it reaches an end-point of closure and healing; that the gaping hole left by someone’s absence should close within some set time; that it isn’t normal, whatever that means, to collapse in tears and fling a coffee cup across the room before picking yourself up and getting through the day. (And if you find yourself saying I did that, too, you’re not alone.)

It’s the picking up, she notes, that makes the difference—and reminds us that the “dual process” of sorting through death in the past while pursuing life in the present is, well, messy. Resilience means pushing ahead in spite of it. As she writes: “It is not about believing that you are now a broken person . . . . It is about noticing how it feels at that moment, letting your tears come, and then letting them go. Knowing that the moment of grief will overwhelm you, feeling its familiar knot in your throat, and knowing that it will recede like the rain.”

The Grieving Brain was published before the latest DSM revealed its freshly minted “Prolonged Grief Disorder,” which caps grief at one year. But her book feels like a rebuke. Throughout, she makes a distinction between grief—the huge, acute wallop that knocks people sideways in repeating spasms of pain—and grieving, an ongoing effort in which the bereaved forge new lives and connections against a backdrop of loss.

Grieving is learning, she tells us. Living after a death doesn’t mean wiping it clean and moving on; the loss will always be there. It means “moving our attention from thinking about the past to thinking about the present and future. . . If we can stop judging ourselves, if we can have compassion for ourselves because we are human and because this human life comes with grief,” she writes, “we may find it easier to connect with others as well.”

I continued to wander the woods. Naked, unashamed, and unafraid. In and out of conscious awareness. I was driven reflexively, my brain and body hostage to my subconscious mind. 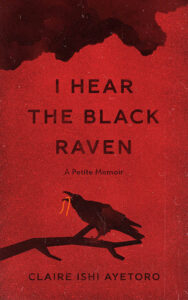 That’s just one brief excerpt from just one account of extreme states experienced by the author—and the paths she took through them, both literal and figurative. She does not shy from any hard truth or difficult revelation. As the subtitle suggests, the book is, indeed, small—in print, 4×7 inches and 164 pages. But it is as poetic as it is petite, full of plainspoken reminders that life is neither linear nor tidy. It’s far too complex.

“Listen to the raven,” says Claire Ishi Ayetoro in her “prelude,” underscoring the creature’s significance in varied cultures as a harbinger of good or ill. We all have black ravens in our lives, she says, revealing truths that we might not want to hear. The book is, in a sense, an account of her own efforts to listen; each chapter opens with a poem paired with a shadowy image of the bird.

Ayetoro—a nom de plume—is, as she makes clear, not skeptical of the standard disease model. She accepts her own diagnosis (“bipolar disorder is a beast”) and the drugs used to treat it, no matter how problematic they are, and cautions against resisting treatment. Yet she’s also candid about the side effects, rattling off the list from weight gain and insomnia to apathy and suicidal ideation.

And no matter what her stance on psychiatric drugs and the disease paradigm, she’s still human. She still has her own story to tell, and she tells with frankness and gut-punching impact. Late in the book she describes another extreme state—sparked by a prayer conference—that led to rocketing ecstasy, then spiraling doom, then the conviction she possessed two souls. After that, she bluntly details the gun she purchased and the plans she made to end her life.

Gradually, quietly, her small document of emotional and mental darkness turns toward light: After years in therapy, in and out of hospitals, trying different combinations of drugs, she’s “now in a good place.” And the black raven, we realize by the end, is not a harbinger of death but a messenger of hope.

Her song reached the depths of my soul. “My dear, light has come to you. You are transformed. Ayetoro, peace is coming. When it comes, embrace it and keep it close,” she says. “It is hard earned but can be lost.”

Sickening: How Big Pharma Broke American Health Care and How We Can Repair It by John Abramson (Mariner Books) 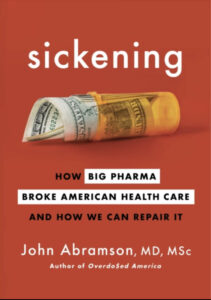 Readers of Mad in America and other platforms critical of psychiatry will find nothing to raise eyebrows in this latest book from John Abramson, author of 2004’s Overdosed America: The Broken Promise of American Medicine and a frequent, dissenting voice on the topic of practices corrupted by Big Pharma and practitioners who fall in line. His new work brings that same skeptical perspective on a range of drugs—not just psychiatric drugs, per se—that have been widely pushed despite sketchy efficacy and documented harm.

These include Merck’s Vioxx, the now-recalled anti-inflammatory drug, which “more than doubled the risk of heart attack, stroke, and blood clots” and caused between 40,000 and 60,000 American deaths; Pfizer’s Neurontin, originally marketed as an epilepsy treatment but prescribed off-label for people diagnosed with bipolar disorder; new generations of insulin analogs, no more effective against Type 2 diabetes than long-established treatments, which “jacked up the price to unimaginable levels” and likely led to uncounted deaths among those who couldn’t afford it; and the statins being prescribed for those at low risk of cardiovascular disease without any real benefits.

In each case, the history of each drug’s ascent is an account of science stained by money—overtaken by it, subsumed by it, wiped out by it. In the rush to make wads of revenues, the actual, rational, methodical weighing of negatives versus positives fall by the wayside.

As he points out, six out of every seven clinical trials are commercially funded and, as a result, 34 percent more likely to “report favorable conclusions.” Not surprisingly, “97 percent of the studies most frequently cited in the literature are funded by industry.” This same pro-Pharma bias is evident, too, in review articles, meta-analyses, and clinical-practice guidelines, which are seven times likelier to recommend a drug when one or more authors had financial ties to its manufacturer. Also not surprisingly, roughly two-thirds of industry marketing budgets target prescribers.

Physicians are, he says, the “unwitting agents” in this wholesale dominion of a system, corrupted by money, that has contributed to sagging American healthcare and downward trends in American lifespan. He uses Plato’s allegory of the cave—“mistaking the shadows cast on the cave wall in front of them for reality”—to explain their unhelpful prescriptions and propagation of lies.

“My purpose in writing this book: to show how, by the skillful use of the tactics. . . pharmaceutical firms influence the behavior of health-care professionals,” he writes. “No longer the learned intermediaries our patients expect us to be, we have unwittingly become ‘unlearned’ intermediaries, serving the drug companies’ financial interests rather than our patients’ medical needs.”

Again, none of this will surprise anyone already versed in the problems—the harms and horrors—of psychiatry’s business-as-usual. But it’s still worth saying, and saying loudly.

MIA Reports are supported, in part, by a grant from the Open Society Foundations.