First and foremost, I identify as a prosumer. As a prosumer, I have both lived and professional experience of the mental health system.

The term prosumer came into being in the 1980s, coined by the American futurist Alvin Toffler to describe both consumer and producer. The term is mostly used in the context of technology, the economy, and/or consumerism-based fields. The word never gained much traction in mental health.

I have long tried to explain the phenomena of “living in two words.” The peer world is grounded in lived experience, but also in the traditional mental health professions, e.g., social work, psychiatry, and psychology. I believe the term prosumer is the best term to describe people who are consumers of mental health services but who also function as traditional professionals in mental health care. 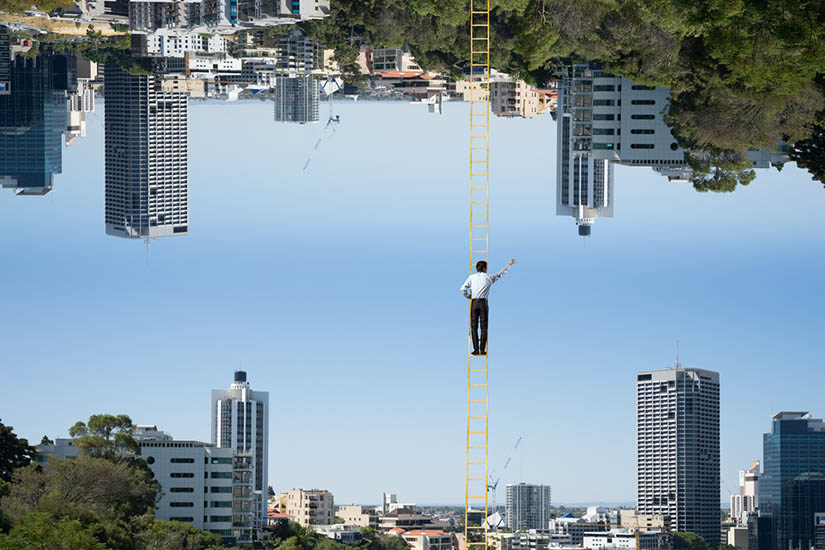 There seems to be ongoing confusion around the role of the peer in mental health. Certified Peer Specialists are not supposed to engage in clinical work. Instead, peers are thrown into the roles of case managers, engagement specialists, front desk staff in clinics, and just about every position where labor is short and there is high turnover. In some cases, peers take on assessment forms and other clinical paperwork.

So, then what is the scope of practice of a peer?

The general model for practicing as a peer is Intentional Peer Support (IPS). If peer work had a code of ethics or practice that sets it apart from other disciplines, it would be IPS. According to the IPS website:

Intentional Peer Support is a way of thinking about purposeful relationships. It is a process where both people (or a group of people) use the relationship to look at things from new angles, develop greater awareness of personal and relational patterns, and to support and challenge each other as we try new things. IPS has been used in crisis respite (alternatives to psychiatric hospitalization), by peers, mental health professionals, families, friends and community-based organizations.

IPS is different from traditional service relationships because:

Yet most peers don’t practice IPS, and new peers often don’t even know what their role should be. As new peers enter the mental health system, they therefore don’t protest when they are asked to fill the jobs of case managers, therapists, and other gaps in the system of treatment.

Today, more nurses, social workers, and other mental health professionals are coming out as having lived experience—having mental health problems, having a psychiatric diagnosis, having experienced the system from both sides. In my book, these are sincere people: we all have “stuff,” and this should not stop us from learning more and being our most professional selves.

This means that many people—even those not traditionally considered “peers,” are actually prosumers. And therefore, being a prosumer should be marketable! After all, we’ve experienced many issues firsthand, both as a service user and because they’ve learned about them in higher education and in their professional work experience. Being “’in the know” in a field with so many variables and unknowns around every corner is valuable.

Perhaps even more important, prosumers are able to connect with clients at the heart of their trauma. Professionals without lived experience of being a service user can be seen as cold, authoritarian, and failing to understand what it’s really like. Because of this, the authenticity and humility of peers goes a long way in a field that often evokes images of institutionalization and haunted wards in old closed-down psychiatric asylums.

Despite all of these benefits, and the nuanced and global perspective of prosumers, few people take on this calling. Why is that?

I believe that in a profession that is already underpaid, being a prosumer isn’t worth it in terms of compensation for experience and training. Let’s face it, being a prosumer can be stressful. The work can feel like you’re walking through a minefield. One of the most significant issues is maintaining boundaries. I have experienced precarious boundary issues and the narrow pathways which peers are allowed to negotiate them. Given the implications of sloppy therapy on reactive, labile, and unstable patients, working along the prosumer boundary may be more work than it’s worth.

And the role of the prosumer—that ability to connect and understand without “treating” people as an authority figure would—is being restricted. More and more, the focus is on “evidence-based practice,” which is really an exaggerated way of turning every inch of psychotherapy into an unfeeling machine in which everything needs to be measured. Everything has become mapped out in clinical work and mental health treatment. With fewer and fewer spaces in the mental health universe uncharted, the identity of the prosumer is left absent. My theory is that the public mental health system is becoming too rigid to allow space for real, non-hierarchical connection.

Industry leaders need to evaluate the position of the prosumer. I explained in a previous piece that peers exist in a complex world that has legal, HR, and clinical ramifications that could potentially cause harm to vulnerable people in the community—peers themselves as well as their clients. As I argued in that piece, agencies need to have clearly defined guidance for how a peer is expected to behave and, more importantly, how the agency itself assesses peer performance, to prevent peers from being stigmatized, with their every behavior construed as evidence of “mental illness” that makes them unfit to do their jobs.

That guidance must be agreed upon by all the relevant stakeholders—peers and their supervisors in the mental health system—and disseminated universally.

The truth is that prosumers have a unique identity among service users and those with lived experience. Even for peers, the field is more heterogeneous than you think. Reformers need to address these increasingly visible issues related to being a prosumer. Until then, more folks may be hurt than helped. This group requires formal recognition by the public system now!