I am an extremely disillusioned peer. I have spoken up about issues in the peer community on this platform and face to face with other peers. One of the most important issues to discuss is relapse. There is a lingering taboo surrounding relapse when living and practicing as a peer.

While practicing in the peer world, I have observed that peer support stops almost in its tracks when peers get sick or decompensate. When a peer relapses, other peers turn their back.

Worse, when there is suspicion or a situation in which a peer may be relapsing, no protocols are put into place to ensure the intervention or investigation is completed without harming the peer further. 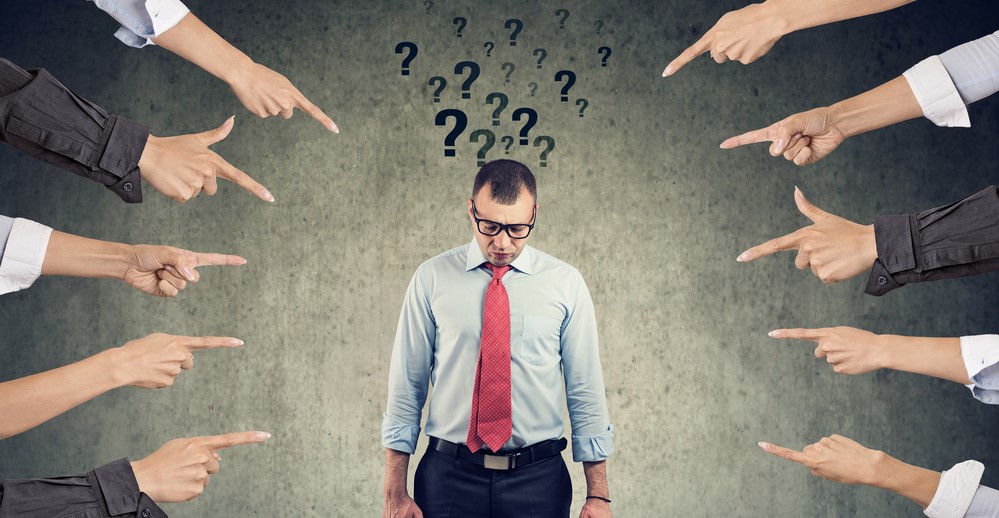 It has happened to me. I have been marked as relapsing, even when I was quite well.

I wasn’t even in distress.

A colleague and I were up for the same promotion at the agency at which we both worked.

I sent her an email, but I inadvertently had a typo, or God forbid, two of them. My heart dropped when my coworker responded with an email reading, “Max, are you OK??” Because at that point, I knew this coworker wanted to mobilize her knowledge of my lived experience to make a case I was unwell or unfit and therefore not a good candidate for this position for which we were both competing.

I walked down to her office and started to explain away my typos, trying to make a joke about the email and how I could understand how it must have been extremely troubling and distressing to read an email with typos. That was when she said: “Max, I don’t like your tone. It is alarming. Please calm down!” It seemed that I was calmer than she was, and the interns around us looked highly puzzled at the interaction.

I wasn’t puzzled or confused. The words “alarming,” just like “problematic” and “distressing,” are often used to describe those who are perceived as threatening. Since these words have so little clinical value and inherent meaning, I can understand why she used them. Words like “alarming,” “problematic,” “troubling,” are often used when a person can offer no real language with real meaning or clinical value to describe a person’s behaviors.

Then she closed the door to her office with us both inside and said, “Max, you don’t seem like yourself,” and then, “I think you are decompensating on us.”

My peer attempted to build the grounds and make a false negative claim about my mental status, claiming I was relapsing. She said as much to our direct supervisor.

Our direct supervisor knew I wasn’t decompensating. Unfortunately for me, our supervisor was leaving her position. So, the duty to investigate my colleague’s claim went up the ladder only to get stuck with some mid-level executive who couldn’t point me out of a lineup.

Although I was working for a large and established agency in NYC, my job was in a small satellite clinic in the Bronx, with very little oversight from the agency’s auspices.

I attempted calling this executive to handle the allegation over the phone because I was much too embarrassed and frustrated to go into the agency and talk face to face. Also, I was fearful. Fearful of even more vicious and outrageous claims could be made against me. After all, the act of lying is a slippery slope. Who knows what my colleague’s endgame was?

In the meantime, I was forced to take a leave of absence after the workplace became a hostile environment in which everyone questioned my ability to do my job.

The executive in charge of ascertaining if I was fit to keep working was not answering the phone and time was elapsing. I was not willing to come back to work until there was a clear resolution to the question surrounding my fitness to keep working.

I had too much dignity and valued my work product too much to continue working at an agency that didn’t respect me enough to look into this matter with a professional and humane approach. I felt slighted by the claim, and also that the higher-ups didn’t care enough about what was happening to the peers working for them.

I wanted to put distance between myself and peer work until I could make more sense of how this situation devolved so much. My dignity moreover my self-worth felt squashed. I felt like I wasn’t valued anymore.

At this point, a few weeks had elapsed. I didn’t want to go back to the office. So, I emailed the agency, resigning.

This entire debacle is when I started to become so disillusioned about the peer process.

I was disturbed on several levels. When I first had my break due to schizophrenia, I did not know I was sick, a feature of the illness called anosognosia. Now, here I was, far into my recovery, ten years later, working in the field, and a coworker makes a false claim that I was sick when I wasn’t.

After the office incident, no one, not one other colleague at the agency or administrator, stepped in to say this sort of transgressive way of handling inter-office communication was frowned upon. Moreover, the void in the office left a gaping vacuum where other peers could have been supportive and intervened, making it clear I had behaved appropriately. Despite my colleague’s response being unwarranted and completely false. There was none of that, so I left the agency shortly after.

I am writing this so other peers aren’t left in the same lonely void I was left in, where peer support would have been genuinely welcome and needed.

Once my colleague started spreading her conviction that I was relapsing, the whole agency began scrutinizing my behavior. After all, as a peer, you’re under constant suspicion—the slightest indication of relapse might mean (to those in power, those who have never experienced it) that you can’t do your job anymore.

That’s why I think there needs to be some system put in place to protect peer workers when someone expresses concern. We’re the vulnerable ones in that situation, faced with losing our jobs, our livelihoods, and there’s little we can do to defend ourselves if every minor interaction is overexamined by the whole agency.

We need clearly defined protocols in place on how to respond to this very specific set of incidents: peers relapsing in and out of the workplace and how the agency should respond at different levels to make sure safety, decency and respect are all in place for everyone in involved.

I fully believe that, in a profession based on living out and healing from a disorder, we should expect and be prepared for our fellow peers to relapse. Every agency should have active protocols for when this happens, from HR to agency-wide discussions and conversations around this very natural part of living with a mental health disorder.

An agency can handle this in several ways. I am recommending one possible approach. HR sets the tone of what is expected and frowned upon in terms of behavior. HR usually has guidelines associated with the agency. The agency could amend the guidelines to include how agency members can handle a peer crisis or relapse. The policies can be reviewed during orientation to the agency, with refreshers throughout the year at HR events.

Most importantly, if an internal claim is made against another peer at an agency, there must be some sort of third-party review. All peers have the potential for relapse. We all can’t go around speculating on each other’s health during a time for promotions to knock another candidate back into the unemployment line.

A third-party administrative review needs to enter the conversation to address behavioral concerns. I recommend outfitting HR departments (with well-researched data and studies on how to support staff relapsing at work) to oversee the review process.

The third-party, in my opinion, shouldn’t know either party involved. During the third-party review, the administrator reviews all work documentation, new HR issues, supervision, and agency-wide concerns from the staff member making an allegation of “relapse.”

The third-party review might include interviewing the person relapsing and the person who is making the allegation. Thus, determining if there is sufficient data or evidence to point to recent unproductive changes in behavior, lapses of judgment, and decision-making errors. Changes in these domains might point to further problems expected in the future.

In the end, unexplainable harmless errors are made all the time at mental health agencies. However, the purpose of the third-party review is to recommend additional supports and accommodations at the agency made available to peers (e.g., extra time for respite).

Years before this betrayal, my first peer supervisor taught me how I was more powerful than lousy peers at our agency. My lived experience could one day be a model to others to be agents of change and a testament to the upper limits of success and career growth that a peer was truly capable of during their career. My supervisor also reminded me how important it was that I came out and stayed out as a peer and someone with lived experience.

But she also told me that my ability to work and my health would be under constant scrutiny from everyone around me in the agency. Peers need to be protected from this scrutiny so that they can succeed as being helpful agents of recovery for others.