The researchers, led by Amy Ehntholt from the Columbia University Irving Medical Center, draw attention to how structural determinants of health are intertwined with structural racism and inequality. They write:

“Of particular concern was the higher prevalence of each adverse social determinant among people of color, especially non-Hispanic Black participants. This inequity is consistent with the literature; systemic racism perpetuates the disproportionate frequency of social adversities that people of color encounter.”

“This study’s confirmation of the association between adverse social conditions and specific mental illnesses, the higher prevalence of those adversities among people of color, and the overrepresentation of people of color within the sample warrant the continued pursuit of health equity.” 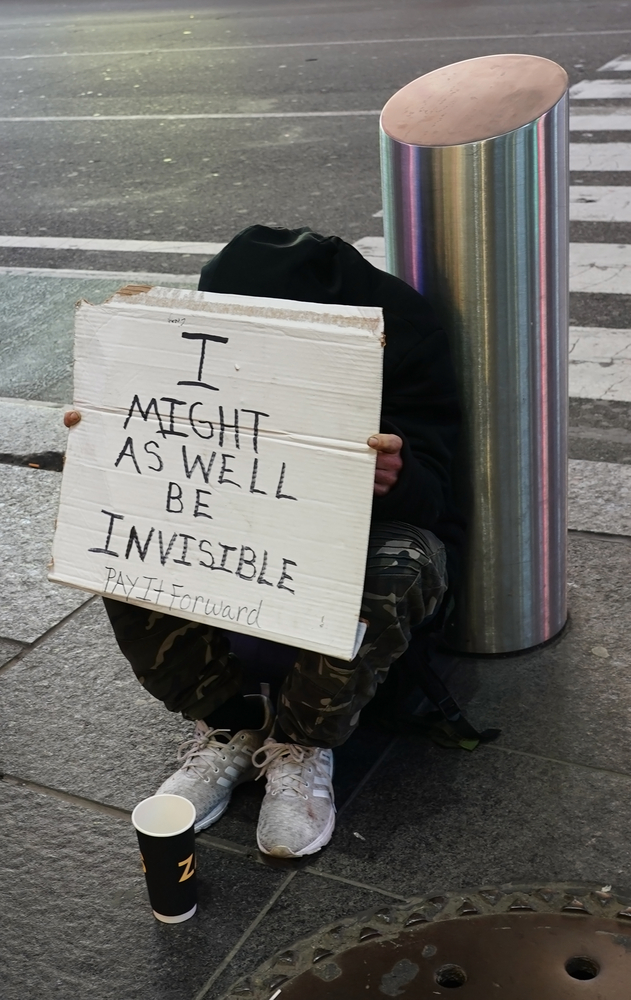 Social Determinants of Health (SDoH) theory posits that human health is a product of the interplay between many structural conditions, including aspects of the physical environment, educational, social, and health services, and broader socio-political forces such as structural racism and related inequities. Ehntholt and the research team at the New York State Psychiatric Institute  used SDoH theory to frame their research, asserting the “urgent need” to understand better the conditions of one’s daily life as “powerful drivers of health.” The authors argue for identifying social determinants in clinical settings as individual risk factors and for federal policy-making and fiscal spending on programs that address these upstream determinants, consistent with recent guidance from the Centers for Medicare and Medicaid Services (CMS).

The current paper examines the distributions of four SDoH -educational attainment, employment status, homelessness in the past six months, and current criminal-legal involvement- within a population of individuals receiving New York State public mental health services. Researchers aimed to investigate whether SDoH were associated with any specific psychiatric or substance-use conditions and whether the distribution of SDoH varied by gender, race, ethnicity, or geographic region of residence of service users.

Survey results show that half of the service recipients were female (51.3%); 44.5% were non-Hispanic White, 26.9% were non-Hispanic Black, 21.8% were Hispanic, and 6.7% were coded as “other race.” Half of the service users (50.4%) resided in New York City. Notably, researchers point to the potential for discrepancies between provider-report of demographic characteristics and service users’ self-identification.

Nearly one-third of service users reported having a primary diagnosis of a psychotic disorder (29.9%) and one-quarter of a depressive disorder (25.9%). There were lower prevalence rates of bipolar disorder (14.9%) and anxiety disorder (8.9%). In addition, the proportion of adults with a co-occurring substance use disorder was 13.3% for alcohol-related and 21.5% for drug-related disorders.

Findings related to SDoH show that one-fifth of service users (20.9%) had attained fewer than 12 years of education. Additionally, the majority were unemployed (79.1%), 12.2% were currently under correctional supervision, and 8.2% had been recently homeless.

Among individuals experiencing adverse social conditions (low educational attainment, unemployment, criminal-legal systems involvement, recent homelessness), a psychotic disorder was the most frequent primary diagnosis. Social determinants were also highly prevalent amongst adults with substance-use disorders: 87.3% of those with drug-related conditions were unemployed, and 25.1% were currently involved in the criminal legal system.

The authors further contextualized their findings by comparing prevalence rates of SDoH in the sample to those of the general New York state population, revealing significant discrepancies. For example, mental health service recipients had a lower rate of high school graduation compared to the general population (79.1% vs. 86.5%, respectively) and substantially higher rates of unemployment (79.1% vs. 4.4%), housing instability (8.2% compared to 0.5%), and criminal-legal involvement (12.2% vs. 1.0%).

The striking overrepresentation of adverse social conditions among service users across the state is concerning, given the known associations between low-quality education, under-employment, and criminal-legal involvement and heightened risk for physical health conditions and poor mental health outcomes. Researcher findings that SDoH were most prevalent amongst individuals with psychosis-spectrum conditions, in particular, are consistent with previous research that has linked structural inequities to psychosis risk.

The authors also note that the high prevalence of all social determinants amongst service users of color, particularly non-Hispanic Black individuals, is consistent with research linking systemic racism to health disparities, which may be further compounded by discrimination based on mental health diagnostic status:

“Individual-level racism and discrimination against people with substance use disorders and mental illnesses may further hamper employment and educational opportunities while increasing the likelihood of involvement with the criminal legal system.”

Given the cross-sectional nature of the data in this paper, the direction of causality (e.g., SDoH cause mental illness) cannot be assumed. Moreover, the authors suggest the potential for reciprocal relationships between variables:

“A bidirectional relationship may exist, compounding the likelihood of a poorer course of illness and worse outcome. For example, unemployment may increase depressive symptoms; depression may also elevate the risk of becoming unemployed.”

In this same vein, disproportionately high rates of criminal-legal involvement seen in the study sample may be emblematic both of the over-criminalization of individuals with mental illness and of the harmful impact that criminal-legal systems involvement (e.g., police victimization) can have on one’s mental health, particularly for people of color.

A few key limitations of the current study are noteworthy. The combination of “race” and “ethnicity” as one category and the inclusion of “other” as a race category are both problematic, as they inhibit an understanding of the actual racial and ethnic makeup of the sample. Additionally, many pertinent social determinants were not included in the analyses (e.g., food insecurity). The authors point to these limitations as products of using state mental healthcare system administrative data and indicative of “a lack of standardized screening for social determinants during routine intake and assessment.”

By leveraging data from routine clinical services for their research, the researchers highlight inequities in patients’ social conditions and inadequacies of current approaches to identifying and addressing social determinants as part of mental health care.