From The New York Times: “For more than a decade, suicide rates have been increasing in Black children and adolescents, and a new study says the sharpest rise occurred among young girls.

“The study, published on Thursday in the Journal of the American Academy of Child and Adolescent Psychiatry, found that just over 1,800 Black children died by suicide between 2003 and 2017, and while most of the deaths were among boys, especially those ages 15 to 17, the gender gap is narrowing. The suicide rate of the girls increased an average of 6.6 percent each year — more than twice the increase for boys, the study said. Nearly 40 percent of the girls were 12 to 14 years old, indicating that this age group may need additional attention or different types of interventions.

“’That was just like, “Whoa” — what’s going on with our Black girls?’ said Arielle H. Sheftall, the lead author of the study. ‘It caught me a little off guard.’

…“’The experiences of the African American child are like none other in the United States,’ said LaVome Robinson, a clinical psychologist and professor of psychology at DePaul University in Chicago who has studied suicidality in Black adolescents. ‘We live in a society that marginalizes us — more so probably than any other group — and has historically for years.’

“In the Black community, suicide as we typically define it remains rare, Dr. Robinson added, but the numbers may be higher than we think because of indirect suicide, she said, where adolescents deliberately put themselves in harm’s way.

“’The question you should ask is, “Why is it that their will to live was so weak, or not strong enough, to prohibit them from engaging in those very risky behaviors that could in fact be deadly?”‘ Dr. Robinson said….” 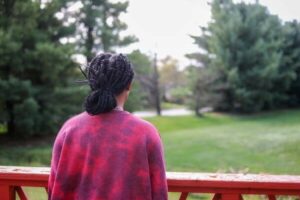