Feeling a sense of belongingness in your social world promotes resilience against psychological strain and can even combat depression and anxiety for ethnic minorities and migrants. A new meta-analysis conducted by psychologists Kristine Brance, Vasileios Chatzimpyros, and Richard P. Bentall found that increased social identification led to decreased anxiety and depression symptoms.

This research builds on over a dozen American studies that find that ethnic minorities have a lower prevalence of psychiatric disorders, despite ethnic minorities having a greater likelihood of facing other social determinants of mental distress. In addition, the new study adds nuance to this issue by investigating how social belongingness might positively impact ethnic minorities and migrants.

“Epidemiological research seeking to explore ethnic disparities in mental health disorders points to the complexity of this association. For instance, research suggests that ethnic minorities in England and other European countries experience elevated rates of common mental disorders. Ethnic minority status has also been identified as a risk factor for psychotic disorders,” Brance and colleagues explain.

“However, a large body of evidence shows that ethnic minorities in the US have a lower prevalence of psychiatric disorders, such as anxiety and major depression. In the context of social stressors and mental health, these findings contradict the social stress paradigm, which predicts that disadvantages, such as social status and discrimination, lead to mental health issues.” 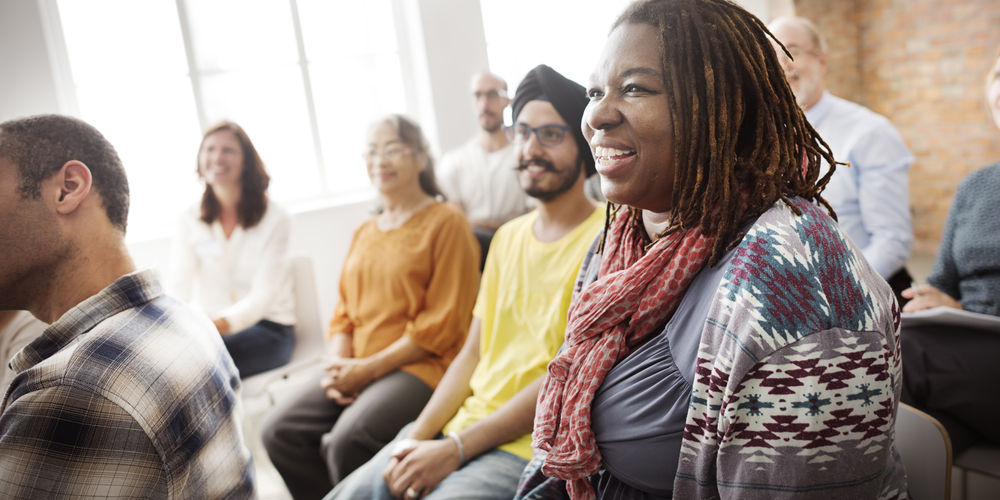 This study was a meta-analysis. It synthesized the findings of many studies to find a pattern of results. Although most of the studies included in this meta-analysis were from America, a few were from Canada, Turkey, Chile, China, Greece, Israel, Italy, Egypt, and South Korea. All studies were found via PubMed, PsycINFO, or Web of Science. Over 2,000 articles were narrowed down to 481 based on screening criteria that judged the relevance of the research in question. From there, Brance and colleagues found 74 studies that met their criteria.

An international meta-analysis like this one helps draw conclusions about a phenomenon that has yielded conflicting results over the years. The authors point out that many studies used different methods to measure social identification. They suggest that the most reliable measures are the Collective Self-Esteem Scale (CSES) and Ethnic Identity Scale (EIS). The CSES asked participants to self-evaluate self-worth within their social groups, their own judgment of their social groups, others’ judgment of them, and how meaningful their social group membership is to their self-worth. The EIS assessed participants’ explorations, resolutions, and affirmations of their ethnic identities. Both scales were critical to finding an answer to the research question: how do social group self-evaluations affect mental well-being?

The researchers found a slight negative relationship between social identity and psychological symptoms. This means that greater social identification was correlated with lower psychological stress. And although the effect of the correlation was low, the result matters because of the sample size and the communities affected.

This effect was also found in the inverse. That is to say, as ethnic minorities and migrants feel less social belonging, they are more likely to suffer psychological symptoms like depression and anxiety. Again, this is true both at an individual and a systemic level.

“First, a small effect across a large population could potentially amount to a large increased burden of mental ill-health. Second, social identity likely interacts with many other factors linked to ethnic minority status and migration (e.g., traumatization, time since relocation, or socioeconomic status), but it has not been possible to consider these interactions in this review, which has focused on the main effect of identity. For example, if social identity confers a protective effect … its effect is most likely to be seen in those minorities and migrants who experience traumatic events related to discrimination or the circumstances of their movement from one place to another.”

Even with this finding in mind, the results remain contradictory. As things stand right now, all of these studies may be affected by hidden, confounding variables that are currently impossible to account for statistically. The authors cite the example of exposure to trauma because of minority or migration status, which could, in turn, strengthen or damage an individual’s connection to their social groups.

Past research has shown how discrimination can lead to mental stress for minority groups. And most recently, psychologists found just how important it is for young adults in recovery to feel a great sense of ethnic identity.