In a literature review recently published in Clinical Psychologist, a team of psychologists and philosophers led by Travis J Pashak of Saginaw Valley State University argues for existentially-informed clinical psychology.

Given the extended lifespans and the increasing awareness of significant ‘existential’ challenges for humankind (e.g., technology and climate change), they see clinical psychology’s relevance as tied to more widely adopting a humanistic approach that accepts the limitations of our knowledge about ourselves and the world around us, our mortality and the meaning we make of our limited lives, and our lasting impact on the planet.

“Given this interesting set of historical circumstances and clinical psychology’s identity as a field oriented towards understanding the human condition and its betterment, we argue that an existentially-informed clinical psychology would be well poised to address some of these complex and contentious issues by facing them with honesty and transparency…[W]e argue against hope for a life without death, isolation, groundlessness, and structurelessness, but rather in favor of finding acceptance of our circumstances – an existentially-informed clinical psychology values our humanness, limitations included.” 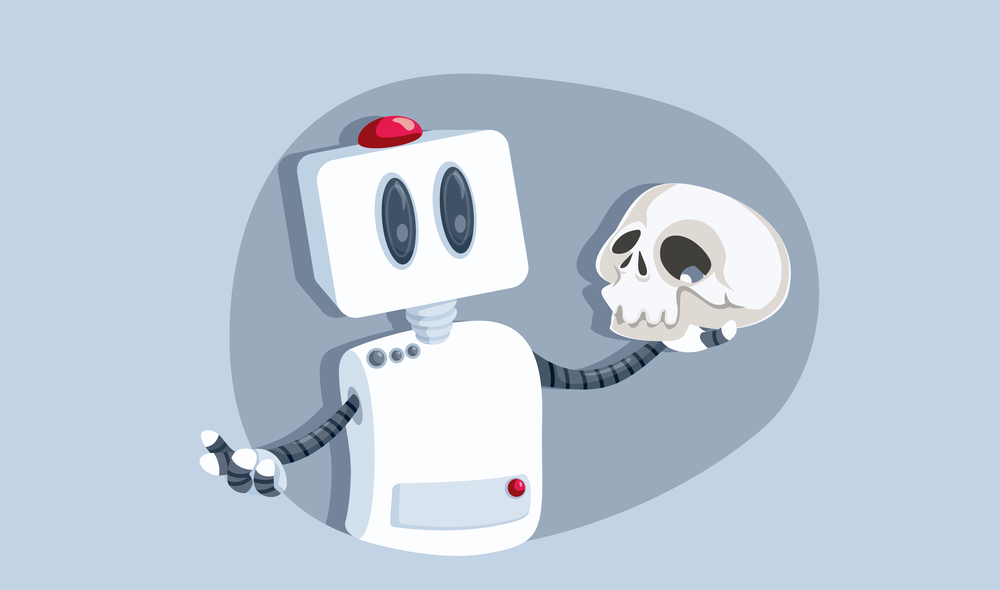 The authors discuss the importance of existentialism as a philosophical framework to inform clinical psychology that rejects the modern obsession with rationality and objectivity (“God’s eye view” of the world) that can be found in psychology and psychiatry’s pursuit of being seen as “hard” sciences. In its place, existentially-informed clinical psychology would favor a phenomenological perspective that prioritizes human subjectivity and emotion, which is more authentic to the human experience. Such a perspective promotes the “raw freedom” of the human condition by helping individuals and societies create meaning in our existence as a holistic project of life in the face of the “finitude” of death.

Existentialism acknowledges the anxiety of inevitable death as a basic fear of all humans. It considers how moments in life (e.g., death of loved ones, loss of employment) can create a sense of meaninglessness that threatens our existence. To address this, clinical psychologists can help people by attuning them to reflect on death, their responsibility to be authentic to themselves, and avoiding automatically deferring to cultural norms by encouraging them to reflect on what matters most to them and work towards the most meaningful existence possible.

“The sciences themselves, not unlike individual persons, have a life in the sense that they constitute ongoing projects for meaning. They are human traditions in real time, born of culture and not free-floating from it. They accommodate the coming and going of new systems languages really – for fitting the world together and the human being to it. As such, they shape reality; they do not merely report it. Modern attitudes about science had often held out the promise of being able to attain once-and-for-all answers to life’s greatest questions – devising the system to end all systems. Existentialism, as a postmodern movement, expects that all systems of explanation are doomed from the outset to one day suffer shipwreck and that the scientist should even want to be eclipsed.”

Considering existentially-oriented psychotherapies, the authors point to a long history of conceptualizing mental health in existential terms, including figures such as Viktor Frankl, Charlotte Bühler, Rollo May, James Bugental, and Irving Yalom. Many of these approaches emphasize working with defenses against existential themes of freedom, meaninglessness, isolation, and death through acceptance in a relational context between therapist and patient characterized by mutuality and spontaneity.

The authors also reviewed the study of death anxiety as a psychological construct central to existential approaches. They cover early psychologists’ efforts from the late 19th century onwards to study death anxiety psychometrically (e.g., G. Stanley Hall’s “thanatophobia”), consider the most empirically-supported instruments created for such purpose, and call on researchers to further this work.

While interesting, the authors also point out severe critiques of this quantitatively-based project, including the superficial sense of death anxiety one can get from such measures, as well as a lack of focus on other existentially-relevant constructs like existential isolation or freedom-laden burdens.

The authors also delve into research on Terror Management Theory (TMT) as a relevant existential psychological theory to explain how societies across time and space have dealt with death. These include individuals’ use of different defenses against this major existential threat, such as “proximal” defenses like reassuring oneself of one’s health or connecting further to cultural systems of meaning to achieve some sense of symbolic immortality (e.g., “distal” defense of high-achieving at work). However, they point out that while these defenses can be healthy at times, they have also led people to act in destructive ways to themselves and others.

The authors discuss how death anxiety is considered a transdiagnostic factor across different forms of psychopathology not explained by other factors such as neuroticism or attachment style. They recommend clinical psychologists incorporate existential themes by taking a more phenomenological approach to working with patients that centralizes the patients’ unique subjectivity and therapists “joining” them in that.

“An existentially-informed psychotherapy is, by its nature, transcendent of any pre-existing prescriptive protocols insofar as it is an inward-seeking journey of two (or more) people in a close, trusting connected relationship. No road map can exist because the path is unique and the territory uncharted. While likely well-intentioned, efforts to streamline or expedite the psychotherapy process by systematically mandating certain topics/activities typically occurs at the expense of space for organic, meaningful discoveries.”

Integrating an existential approach to treatment with other orientations, such as CBT and psychodynamic, is also encouraged. Importantly, from an existential perspective, our categorical labels for psychopathology that inform diagnosis and treatment are thought only to be imperfect representations. Clinicians must be willing to consider evolving their understandings as new ones emerge that make more sense.

From a research perspective, existential theory grounds clinical psychology as a human science that understandings its aim of human subjects analyzing themselves. As such, the authors “encourage a return to the person” that avoids a detached and unaffected professional stance by emphasizing narratives of participants and researchers in published research, such as conducting qualitative studies.

The authors echo others’ encouragement of mixed methods approaches to clinical psychological science:

“By keeping the whole person visible, research projects will naturally begin to incorporate mixed methodologies, case studies, and qualitative/ narrative considerations. The questions we ask in clinical psychology and the data we gather from study participants should treat them as humans, not numbers. This is not, of course, a call to abandon objective statistical methods – but again a recommendation to integrate multiple voices, methods, and perspectives more robustly.”

Other recommendations for researchers in clinical psychology include asking research questions that are existentially informed (e.g., “What do clients make of the discussion of existential themes in session, and how do they perceive these as connected to their lived experiences outside session?”). This also includes encouraging peer-reviewed journals to allow authors to express more of their humanness when writing about the mental health of real people.

Lastly, the authors consider how teaching and training in existentially-informed clinical psychology can be enhanced. Acknowledging the limits of the field’s knowledge allows teachers to be humble about what we can know and considers the dynamic nature of science.

In addition, instructors’ and supervisors’ freedom of choice in what they teach could prompt them to consider more deeply what they want to impart to their students/trainees and create more meaning-driven learning goals. The authors also recommend that instructors/supervisors engage students/supervisees as co-creators in the learning process that values trainee perspectives and gives them personal agency to pursue topics meaningful to them.

“An existentially-informed teacher of clinical psychology is also authentic. Clinical trainees need supervisors who can sit with them in the depths of heavy angsty questions about the nature of life as spurred by their clients’ difficulties. College students need instructors who can face uncomfortable topics in class with the bravery of honesty and the boldness of not-knowing. Hiding behind ostensibly sturdy frameworks echoing the enlightenment era (e.g., DSM/ICD descriptions of disorders; genetic essentialist attributions about aetiology; rigidly formulaic manualized treatment designs) may help our field appear more like a ‘hard science’ on shallow examination, but ultimately does not serve our learners as best as possible. To teach clinical psychology is to teach people to exist authentically while inviting the same of others, so it is imperative that the instructor model this behaviour in embracing a postmodern sense of uncertainty and a humanistic sense of transparency.”