New research shows that children of color who grow up in impoverished neighborhoods with lower indices of opportunity have poorer mental health outcomes than their white peers. The study, published in Clinical Psychological Science, was conducted in the largest county in the United States, Los Angeles County, over three years and found that Black and multiracial youth are overrepresented in mental health crisis emergency calls and interventions.

“Socioecological theory has long recognized that children develop in the context of multiple environments, including family and home environments, neighborhoods and schools, and broader society. At the individual and family levels, known determinants of mental health inequities in early childhood include maternal psychological distress, parenting behaviors, and socioeconomic factors such as employment and household income. At the neighborhood level, concentration of poverty, social capital (e.g., capacity of neighbors to intervene in neighborhood problems), built environment (e.g., access to green space), and safety (crime, exposure to community violence) have been identified as key factors influencing child mental health outcomes such as substance use, conduct problems, and suicidal thoughts and attempts,” the authors, led by psychologist Belinda Chen at UCLA, explain.

“Yet in clinical psychological science, relatively little attention has been paid to neighborhood-level determinants of youth mental health.” 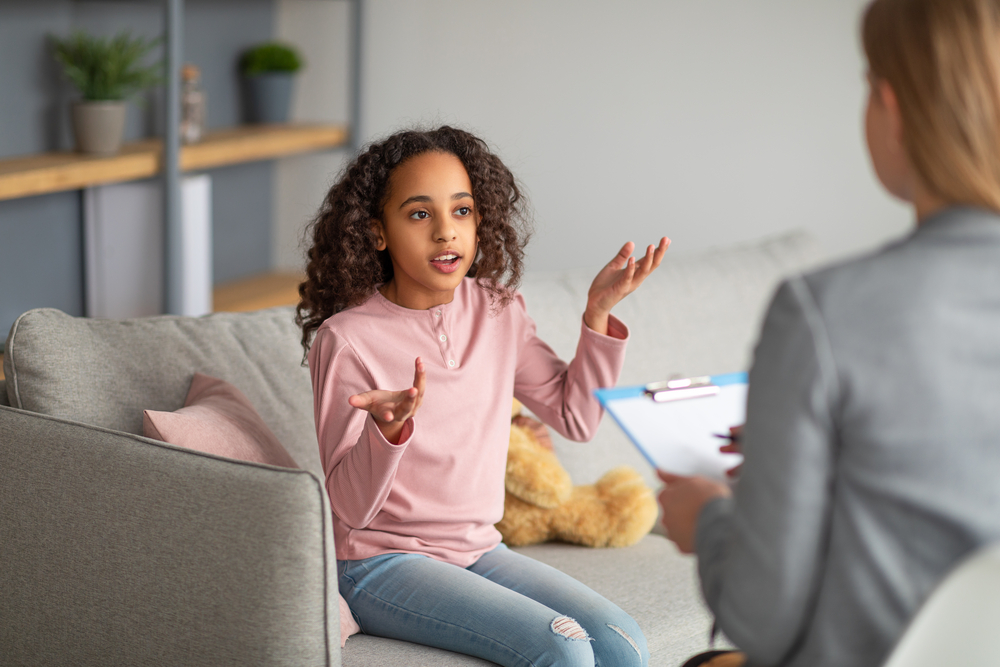 In their paper, “Mapping Racial/Ethnic Disparities in Youth Psychiatric Emergencies and Associations with Neighborhood Racial Composition, Child Opportunity, and Inequality,” the US-based authors note that a child’s zip code and the neighborhood is more important than their genetic code when it comes to determining their life chances and mental health.

In particular, youth of color, Black, Latinx, and American Indian/Alaskan Native children are at a distinct disadvantage, as they are overrepresented in low-income, low-opportunity neighborhoods across the USA. Indeed, white children consistently score significantly higher than their peers of color in the Childhood Opportunity Index (COI), a composite metric of a neighborhood’s resources and living conditions.

These inequities that extend beyond socioeconomic status and social class and unto the sphere of structural and systemic racism affect BIPOC youth mental health outcomes, the authors reveal.

Given the above statistic, the authors felt it was both novel and nuanced to track the government-funded Mobile crisis response (MCR) program’s engagement and interactions with BIPOC youth service users in Los Angeles County.

“Because MCR programs are field-based, with response occurring in the crisis environment itself, these encounters capture rich data about real-time contextual factors (e.g., crisis call location, neighborhood context in which the crisis response takes place) that may contribute to the emergence of youth psychological crisis but would otherwise be lost in a traditional psychiatric emergency department setting.”

The authors first began by identifying local zip codes to include in their descriptive analyses of neighborhood opportunity and the frequency of youth MCR use. Then, by following these MCR programs, the authors compared this data with local census data, finding that neighborhood opportunity levels are, indeed, correlated with poorer mental health outcomes for BIPOC youth.

Of the 284 zip codes identified, the overall mean childhood opportunity score was 53.63, with a median of 55.44. After confirming the ‘goodness of fit,’ the authors ran multiple statistical tests. They found that the density and frequency of MCR use were highest in low-income, low-opportunity, predominantly BIPOC communities.

The authors highlight in their discussion that:

Black youth suicidality has been rising in the US for years. In addition, other youths of color have also experienced worsening mental health. With this new research, the question becomes less about an increase in mental disorders and more about an increase in community alienation and a decrease in opportunity.