“‘The search for a scapegoat is the easiest of all hunting expeditions.’
― Dwight D. Eisenhower

Leila was the target of cruel mockery and disparagement in her large family. She became nonverbal and her eyes glazed over as I prompted her to tell me more about the incessant envy and ridicule. This happened in previous therapy sessions. It was a prelude to her retreating into a spontaneous age regression. Sometimes when we touched on the relentless psychological abuse she endured, the emotional flashbacks would send her down a rabbit hole of dissociation. In her mind, this triggered response further legitimized being stigmatized as the ‘family nut job.’

Leila was the only one in an emotionally and physically violent family system who questioned what was happening. She relentlessly tried to encourage dialogue. This ignited vitriol from her narcissistic parents and troubled siblings who were deeply ensconced in denial and acting out. That she was exceedingly creative and bright exacerbated her plight. She was dehumanized and hated for embodying what others in her family coveted.

Consequently, Leila’s symptoms of anxiety, depression and dissociation got worse. By the time I met with her for a consultation she evidenced signs of complex trauma. Dr. Judith Herman explains in her seminal book Trauma & Recovery that complex trauma refers to a prolonged history of subjection to totalitarian control over an extensive period, which threatens one’s life and arrests the course of normal development by its repetitive intrusion of terror and helplessness into the survivor’s life.

On the surface Leila’s home life looked intact and privileged, even idyllic. Yet behind closed doors was implacable systemic abuse. Character assassination, gaslighting, threats of physical violence and parentification were everyday occurrences, and because Leila couldn’t adequately pretend that all was ‘normal’ she was branded the difficult one.

In psychological parlance, Leila is viewed as the symptom bearer or the identified patient.

The symptom bearer carries the evidence of the familial dysfunction.

This pattern of assigning blame to the one who overtly manifests the family pathology, was glaringly evident when I worked with teens in an alternative high school and drug treatment program. One evening a week the parents would meet to offer each other support and address logistical and clinical concerns with their kids in the program. Unfortunately, this group became a dumping ground where parents disparaged, accused and placed full responsibility on their adolescent child for all their afflictions. Their children were not only expected to shoulder the blame for their own mistakes, but also the mistakes of their parents.

As the treatment coordinator I had the latitude to restructure programming, so one night I announced that the Family modality was being modified. No longer would the weekly group be a place to rail against their children while denying any accountability. Going forward the parents were required to engage in a dynamic group process that would address their personal difficulties from generational patterns of trauma, mood disorders and addictions. Additionally, parents struggling with addictive disorders would be encouraged to participate in the adult component of the treatment program. As to be expected, rather than turn the attention on themselves, many of the parents pulled their kids from the program.

When the ecosystem of the family is disrupted by difficulties such as addiction, marital difficulties, or domestic violence, the symptom bearer role is relied upon to shift the attention off of the systemic dysfunction and onto the one designated as ‘sick.’

The appointed symptom bearer is the repository of unconscious collective familial defects and cruelty and functions as an external locus of control. Rather than recognizing a multiplicity of egregious concerns within the family, the symptom bearer is focused on as the primary cause of difficulties. Essentially the symptom bearer is scapegoated so as to take the onus off other family members. They are the proverbial ‘black sheep’ of the family.” 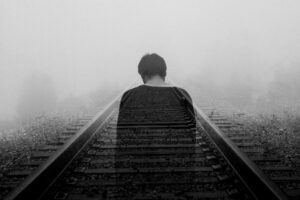