I’m usually wary of heroes, but I’m happy to include Professor Edwin S. Shneidman in my very short list of personal heroes.

Ed Shneidman was a pioneer of the study of suicide and the inaugural president of the American Association of Suicidology (AAS) – indeed I believe he first coined the word ‘Suicidology’. Another term he coined was ‘psychache’ (pronounced psyche-ache), which he saw as the defining feature of all the many suicides he studied. He defined psychache as psychological pain – not illness – that was due to thwarted or frustrated psychological needs. As a psychologist, Shneidman would then apply his particular taxonomy of psychological needs when working with his suicidal clients.

Shneidman sadly died in 2009, age 91, lamenting what was happening to the discipline of Suicidology that he had helped found. In particular he lamented that Suicidology, which shares three parent disciplines (sociology, psychology and psychiatry), was being excessively medicalised by the juggernaut of modern biopsychiatry. With his typically sharp wit he has given us the most succinct assessment I know of for the shortcomings of the DSM when he describes it as “too much specious accuracy built on a false epistemology”.

I had the great good fortune to meet Ed Shneidman when I visited the U.S. in 2007. Some years earlier I had written to him as a precocious Ph.D. student requesting that he expand his definition of psychache to include spiritual as well as psychological needs. Not too big an ask, I thought, given that psyche means the soul. To my amazement he replied to my cheeky letter, though he graciously declined to accept my suggestion.

I tell this little story by way of introducing myself to readers of Mad in America. Although Ed Shneidman once called me a “fellow suicidologist”, I do not think of myself as a suicidologist. Rather, my interest in suicide is primarily as a survivor. Unfortunately, this is problematic language in Suicidology where ‘suicide survivor’ refers to those who have lost a loved one to suicide.

This language problem was one of my first encounters with Suicidology and I soon learned that people like me are categorised as suicide contemplators, attempters or completers. I started to feel uncomfortable when I could not find my story anywhere in this convenient taxonomy. Was my experience of suicidal feelings so uniquely peculiar to me? I didn’t think so then, and even more so now.

I became increasingly uncomfortable when I realised that what was missing most of all from this expert literature on suicide was the actual suicidal person. It was like these experts were looking at people like me through the wrong end of their telescopes so that we were barely visible specks on the distant horizon.

By rather peculiar circumstances, my curiosity led to me enrolling in a PhD which, by even more extraordinary circumstances, I managed to complete in 2006. The primary motivation for this was to argue that spirituality was relevant to the study of suicide, at least in some cases such as mine. Related to this was the need for Suicidology to consider what suicidal feelings mean to those who actually live them. And for this, Suicidology had to hear the first-person voice of suicidal people.

In future blogs I’ll share with you some of my research, which proved more fascinating than I’d ever imagined. But I’ll also share how alongside my research I became increasingly aware of the politics of suicide prevention. There is considerable overlap here with the politics of mental health in general, but also some distinctive differences that I want to explore with you here at Mad in America.

The main conclusion of my research was to call for a broad, ongoing community conversation about suicide. There are many reasons this is needed, such as to bring suicide out of the closet as a public health issue. But I also see this conversation as a suicide prevention measure. A society that is capable of an open, honest and sensible conversation about suicide is, I believe, a society where suicidal feelings are not only less likely to arise in the first place, but is also a society that is more capable of helping people through these feelings.

I’m obviously talking about a very different kind of conversation to the shallow, frightened, ignorant and prejudiced public discourse that we typically have about suicide. First of all, at the very heart of this conversation will be the first-person voice of survivors, those who know suicidal feelings ‘from the inside’. There are thousand, millions, of us, which is a huge but largely untapped source of expertise that is found nowhere else.

It will also be a conversation that doesn’t shy away from the politics of suicide. To give just one example, a critical question that Suicidology has not yet addressed is, “Do our mental health laws help or hinder suicide prevention?” I’ll spend some time exploring this and other related questions with you in a future blog post.

And just in case it’s not obvious, this community conversation will not be owned and controlled by medical or other ‘experts’ (or politicians or bureaucrats).

I see a great thirst in the community for this very different conversation about suicide. I also see a large mismatch between what people really want to talk about and what the experts are saying. I also see much fear and uncertainty because yes, it’s scary. And yes, we fumble and struggle to talk about this scary and complex issue. So yes, we need to proceed with great care and humility as we learn how to conduct this conversation. But it is overdue, long overdue, that we begin this conversation.

So I’m delighted to have the opportunity to try and help this conversation along here at Mad in America. For me, this blog-space is at the forefront of many different but overlapping conversations on how we might respond better to extreme emotional distress (psychache) and/or altered states of consciousness. And it’s a real milestone to bring these conversations together with so many terrific contributors, including (especially) those who comment on the blog posts.

In my next post I’ll try and give an overview of what I see as the key issues around suicide that we might talk about. I’ll then follow up with separate posts on some of the individual issues. But I’m keen to hear what your views are and what you see as the key issues. And I’m happy for this blog to be guided by your concerns rather than just my own agenda… which I’ll eventually get to in due course…

I’m especially keen for this blog to be a space where fellow survivors can speak freely and openly – and safely – about their experiences of suicidal feelings. A word of caution though. If you’re not already publicly open – out of the closet – as a survivor, you may want to comment using a pseudonym or nickname. I say this because there’s lots of good reasons why you might want to keep your suicidal history private – e.g. one very special friend hasn’t told her kids about her history yet. And because there are some very nasty, almost hateful, prejudices against suicidal people that are worth hiding from if you’re not feeling very strong on any particular day. Keep in mind also that it’s hard to get back into the closet once you’re out.

I must also mention that I am not a counsellor or therapist of any kind. I have neither the expertise nor the desire for that kind of relationship with anyone.

Finally, if you want to contact me directly via email rather than through a comment on one of my posts, I believe you can do this through the contact page here at Mad in America. Alternatively, I also have a contact page at my website, which you can find at thinkingaboutsuicide.org – be careful, there is also a .com with the same name that appears to use the Bible as their primary suicide prevention tool.

I’ll give the last word to Prof. Ed Shneidman, who signed off one of his letters to me with the salutation (and blessing) …

May your psychache be minimal… 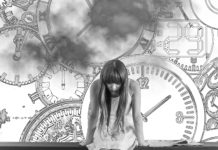 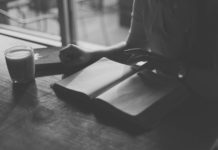 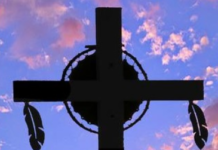 Indigenous People Fighting to Live Through Community and Activism