So which was harder?

Well, a friend asked me that a while ago and here’s what I told him. If you look at the numbers, there have only been just over 9,000 U. S. Olympians since 1896, when the modern Olympics were re-started:  6,910 men, and 2,482 women. We are a special and unique club. I would certainly hope more than 9,000 people have shed their diagnoses and learned about complete mental health recovery in that time. Not the “recovered but still sick” concept that recovery has been co-opted to mean. (I always say complete mental health recovery to differentiated co-opted recovery from real recovery.)

But on the other hand, I didn’t almost die six times from not competing in the Olympics. So those years I was trapped in the mental health system were certainly more full of struggle, turmoil, sacrifice, fear, etc., than the 8 years I trained four hours a day while going to high school or college full time and working part time. In all of these processes – mental health recovery, brain injury recovery, Olympic competition – I found these things in common:

How competing in the Olympics Compares to Mental Health Recovery:

1. The most helpful source of information is the people who have been there before. ‘Nuff said. Athletes, coaches, peers, people who already recovered. We know this. A 2003 report from NASMHPD (National Association of State Mental Health Program Directors) says that peer support is the most helpful thing to promote recovery. If you can find a page number in this report, get it to me, I need it.

2. You never know how hard or rewarding the process might be until you reach the higher level you are aiming for. I’m illustrating this with a series of graffiti art by Silly, an artist who put this series up underneath I70 in Kansas City on the bike trail I used to ride everyday when I wasn’t too hurt to ride.

3. The lessons and wisdom gained are amazing and surprising. My church did a sermon on “Don’t be Afraid to be Astonished” that explains this a little. When I was a junior athlete I used to look at the other Judo Olympians and be amazed at the amount of free team gear and apparel they’d gotten. I never even did think about seeing the world for free by age 22, about meeting cool people on lots of plane flights, or learning how to never fear rape or assault the rest of my life.  In mental health recovery, I never knew my suffering was going to transform into compassion for others and power to influence others and to say, “No, I really do know about this,” that can shut up an entire room when I stand strong. Now I know the Details of the Revolution.

4. The sacrifices required to move beyond the stuck state are intense. A lot of athletes want to train what they are good at, not the parts of their game where they keep losing matches. They confuse being busy with being productive.

Mental health recovery advocates also want to do the same things often and expect different results. They complain that they are working for free, but don’t look into search engine optimization for blog posts, or how to host their own blog so they can use Google analytics for audience insight or Google adwords for revenue. Most psychiatric survivors have no idea that we have parallel advocates in every “disease” category that have united into the “patient” centered medicine movement, with university degrees, agency jobs, certification process, and “patient” advocacy conference. Many advocates want to make money but very few have studied entrepreneurship. (Now me, I haven’t studied anything at all for seven months because my eye doctor just now finally got my eyes working again.)

5. Most people refuse to make those kind of sacrifices. It’s too easy to keep on going to practice each day, and working the part of the sport that’s fun, but not drilling on the the techniques that are game winners. Advocates often want to keep blogging regularly but not calling, going to meetings, or fighting compromise platforms that can move things forward. People “in recovery” sometimes are afraid to step out of the comfort zone and try what might really work.  We’re taught to avoid risk and the ones who risk the most often recover the most.

6. The winners are often just the people who stuck with it the longest. I wrote a poem called “Never Walk from the Table” where I explain how the first person to stop talking loses. I just wrangled with a so-called stigma reduction campaign that walked away from my efforts to help them learn to really reduce stigma. So now I’m free to reveal their blockade publicly and call for emails to [email protected] if you want to tell them what really promotes stigma versus promoting social inclusion.

So what’s stopping you from moving beyond your current level of  recovery? What about as an advocate?  How can you make more money as an advocate, gain more audience, be invited to more tables, reach more people with your message?

Watch my Olympic competition footage here and you can help me through the final stages of brain injury healing: 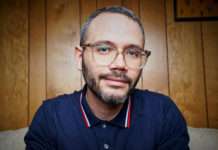 Lighting a Spark to Heal Trauma: An Interview with Jesse Zook Mann 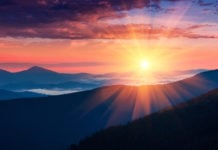