October 2015 saw the completion of the first ever Peer-supported Open Dialogue (POD) training for National Health Service (NHS) staff in the UK. This exciting development paves the way for the establishment of pilot POD teams in the NHS and a large scale evaluation, comparing POD to treatment as usual.

The Open Dialogue approach is a model of mental health care that involves a consistent family and social network approach. All healthcare staff receive training in family therapy and related psychological skills. The model has been adopted in a number of countries around the world, including much of Scandinavia, Germany, Italy, several states in America, and now the UK.

The Open Dialogue model revolves around ‘network meetings,’ in which the patient, together with his or her family and friends, come together with clinicians. Within these meetings, the usual hierarchy is flattened, and everyone works together to make sense of what is going on, and work out how best to help the person through their crisis. Network meetings are the only forum in which decisions are made, the patient remaining consistently at the centre of the process.

The Open Dialogue approach evolved over time in Finnish Western Lapland. Results from non-randomised trials there suggest that the Open Dialogue approach offers a substantial advantage over usual treatment for people with psychosis, despite lower rates of medication and hospitalisation compared to treatment as usual. The intensity of service input is high initially, but it is hoped that overall, resource use is substantially lower than with current services, due to many people recovering and being discharged.

In New York City, the Parachute Project, a further evolution has seen peer support made integral to service delivery. Peer support, in the form of Peer Support Organisers, is also to be incorporated into the NHS Open Dialogue project – hence the name Peer-supported Open Dialogue. Peer Support Organisers will participate in network meetings as equals alongside clinicians, with their expertise particularly called upon where the service user concerned lacks or has a limited social network.

Over the past year, members of teams from four NHS trusts (NELFT, North Essex, Nottinghamshire, and Kent and Medway) attended four residential training weeks, jointly organised by NELFT and Gjøvik University. The training combines studying the framework of the POD model together with experiential learning of skills, with self-work, such as mindfulness, central to an ongoing personal development.

The completion of the courses and written assignments by trainees will lead to the award of a Foundation Diploma in Peer-supported Open Dialogue, and the opportunity to become a member of the recently established Academic Institute of Peer-supported Open Dialogue, which will regulate practice. These accredited clinicians will form pilot POD teams in their NHS trusts.

A second wave of training will begin in January 2016, with further staff from some of the trusts already represented, as well as staff from newly involved trusts.

A national multi-centre randomised control trial, led by University College London in collaboration with the King’s College Clinical Trials Unit (London), is planned to start in 2016/17. This will compare POD (delivered by the pilot teams) to ‘treatment as usual’ (within the same trusts), in terms of recovery outcomes, hospitalisation, medication use, and wider service use.

The aim is to increase the evidence base for POD, and, should the results support this, to enable more widespread practice of POD across NHS services over time.

You can stay updated with the progress of the UK POD project by subscribing to the POD Bulletin at www.podbulletin.com.

Note: Open Dialogue in the UK

In the UK, we are lucky enough to have two large scale Open Dialogue projects. In addition to the NHS POD project, Nick Putman also runs Open Dialogue UK, working to promote the Open Dialogue approach in the UK. This organisation offers training courses, and will be holding a conference in London in February 2016, featuring leading international figures in Open Dialogue, including Russell Razzaque and Val Jackson from the UK Peer-supported Open Dialogue project (http://opendialogueapproach.co.uk/). 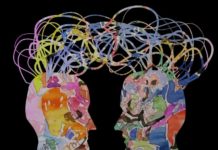