The Open Dialogue approach to mental health treatment, which emerged from the Western Lapland in Finland, has fascinated researchers for years as it has gained popularity for revolutionizing care for people diagnosed with schizophrenia. A new study tests these claims by investigating how clinicians and service users experience a modified version of this approach adapted and implemented in the United Kingdom.

The results suggest that while practicing clinicians felt positive about the approach, the service users themselves had mixed responses. Overall, researchers indicated that the experience of participants was mixed and any application of this approach warrants further investigation.

“The response from some service users who noted that they felt heard and understood in network meetings indicates the potential therapeutic value of open dialogue and suggests that a randomized control trial is required to compare open dialogue with [treatment as usual] TAU,” the researchers write. 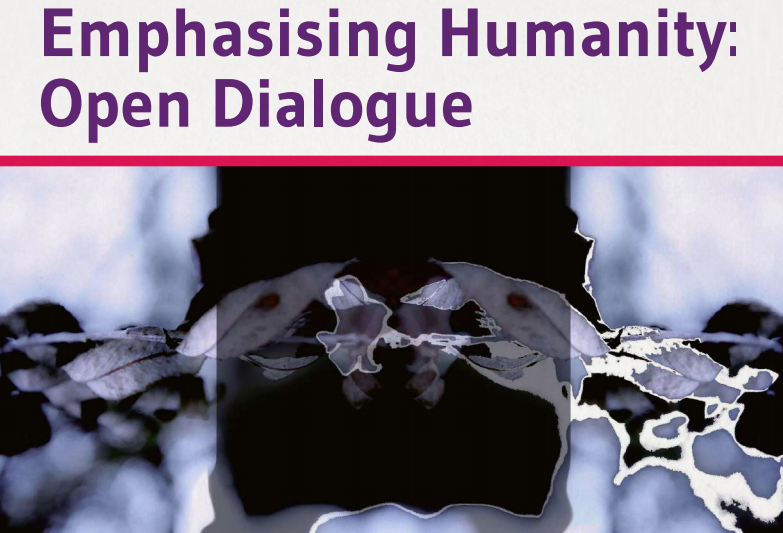 From the founding of modern Western psychiatry, schizophrenia has been a disorder marked by deep pessimism and was often claimed to be a degenerative brain disease by those adhering to the bio-medical model. Thus, it was not surprising when the Open Dialogue approach became famous as it reported overwhelmingly positive results for patients with first break psychosis. Consequently, it also became the subject of Daniel Mackler’s documentary and continued to increase in popularity.

At the same time, due to the absence of randomized control trials which are held as the gold standard for research, questions have been raised about the efficacy of Open Dialogue as an intervention. Also, many of the early studies showing great results came from Finland, and some researchers questioned whether this model would be applicable in other contexts.

They identified four main themes and found that while most service users felt heard, understood, and respected, they were also confused (and, in the case of one participant, distressed) about the lack of an agenda for the meetings. Some even reported being intimidated by the emotional intensity of the approach.

The Open Dialogue approach is a network and community-based method geared to intervene early (within 24 hours) after the first psychotic break. It requires that a team of clinicians, nurses, social workers, and others in the peer support group visit the individual and their family in their home. It is also essential that the initial team remains the same throughout the patient’s ordeal. This democratic approach that maintains complete transparency with the patient is hinged on the three principles of “tolerance of uncertainty,” “dialogism,” and “polyphony in social networks.”

Open Dialogue garnered attention when follow-up studies showed that of those who received treatment through this method, 82% had no residual symptoms, and 86% had returned to work or education in the next few years. While many have asked for more rigorous investigation using randomized control trials, other researchers like Mary Olson have pointed out that the “transformation and influence of an entire community-based psychiatric system do not lend themselves to randomization.” Additionally, Olson suggests that a complex network-based system which has multiple associations cannot simply be tested through methods looking for a reductive and linear cause-effect relationship.

For this reason, the current study is critical because there is a need to understand how the Open Dialogue approach fares in other cultures and contexts. Currently, it is one of many studies being done to evaluate the touted benefits of the approach; others are being done in the United States, Scandinavia, Germany, Italy, Austria, Germany, and Poland.

What makes this study significant is not only the timing but also that qualitative analysis can provide a detailed description and rich, in-depth understanding of the experience of service users and clinicians. This modified version of the Open Dialogue approach called peer-supported open dialogue (POD) developed in the context of UK’s crisis services and it aims to merge the principles of the original Finnish Approach with the “additional benefits and flexibility afforded by peer support, into acute front-line NHS services.”

The study was conducted on five service users, three network members, and 11 clinicians, and it aimed to shed light on their subjective experience of network meetings. These clinicians were still completing their diploma training course on Open Dialogue and were halfway through it. The data was collected in London, from an NHS trust community mental health service. A constructivist thematic analysis came up with four essential themes.

“Participants experienced network meetings as different from TAU. Clinicians, in particular, were extremely positive about the approach and used powerful language to denote their preference of open dialogue in comparison with TAU. Service users frequently referenced their previous negative experiences within mental healthcare and reflected on the increase in positive communicative experiences in network meetings” write the researchers.

They further note that “the data from both service users and clinicians suggested that multiple perspectives were given space within network meetings. For the majority of service users, this appeared to result in a feeling of being listened to and understood.” One can suggest that this experience possibly stems from dialogism (and polyphony) being some of the core principles of the Open dialogue approach.

While clinicians felt that the reflective conversations which they had with each other in the presence of the service user were useful, service users themselves had different responses. Some found them odd, while others thought they were sincere. There was one service who thought that clinicians were only pretending to care and was embarrassed by these reflections.

Clinicians felt the absence of an agenda to be challenging but also viewed it as a positive change that allowed them to bring their authentic self in the meetings. This openness and sincerity were duly noted by the service users who, while appreciative, were also intimidated by the emotional intensity of the sessions. It was interesting to note that some service users expected therapy during these meetings and had to change their expectations accordingly.

Both clinicians and service users noted that expression of emotions was freer in these meetings than in treatment as usual, but some service users found this to be overwhelming. There was also one who was suspicious of the clinicians’ openness and thought it was a show. Suspicions like this may be considered within the personal histories of participants, given their past experiences of mental health treatment. For instance, if, in the past, providers were not transparent,  people may be more likely to experience the reflections within the Open Dialogue approach as a pretense.

The discomfort with reflections may also be considered within the broader context of standard mental health treatment practices in the UK. If, for instance, participants and family members resisted openly discussing their experiences for fear of being pathologized (considered to be ‘lacking insight’ into their disorder) or having rights removed or suspended.

This concern was reflected by one family member in the study who said “None of us felt like we could be as open as we wanted ’cos we were basically discussing my mum’s illness while she was there and she hijacked the meeting, so it was hard to be honest.’” Freeman and colleagues had similarly discussed how the open dialogue approach seems to be more productive and appreciated amongst service users and family members who value the transparency of network meetings, and that this transparency is essential to the Open Dialogue’s democratic structure.

Overall it appears that both clinicians and service users appreciated the openness and emotional freedom but that the latter also had diverse responses to the uncertainty created by the lack of a clear agenda. They reported confusion with the apparent absence of structure and explicit purpose of meetings. Given the radically different arrangement of the Open Dialogue approach when compared to treatment as usual, this confusion may be expected. Most people associate mental health interventions with an expert prescribing a clear path towards symptom removal. It should be noted that a lack of agenda might not be merely incidental as tolerance of uncertainty is again one of the core principles that informs the Open Dialogue practice.

The researchers note that one of the limitations of the study was that it was conducted in the early phases of the grant. E.g., clinicians were still receiving training, and the inclusion criteria for service users was that they must have attended at least one meeting in the past six months. Additionally, they point that the sample size was rather small, and amongst the eight service users interviewed, 3 were family members.

It is also of note that this was a study of a modified version of the Open Dialogue method, called the Peer Support Open Dialogue (POD) which, as Razzaque and Stockman write, is a different form of the ‘open dialogue’ approach that is currently practiced in Finland. They further observe that while “anecdotal patient, family (Dodd 2015) and clinician experiences of POD have been extremely positive,” there are massive challenges while transferring the Open dialogue approach to the UK in a large-scale manner that the NHS requires it to be.

Lastly, the researchers caution that “research is required to determine whether the challenges to implementation highlighted in the current study are a result of the culture at this specific site. Additionally, issues related to the peer-supported element of the approach were not prominent in the interview data.”

The study is an essential step in examining the adaptation of the Open Dialogue approach in the UK, and its qualitative nature provides insight into the areas where changes might be needed when transferring it to a different culture.

The challenges are many as Open Dialogue is not just another form of therapy but instead comes with a radically different set of language and institutional practices (the poetics and the micropolitics) and with structural differences “embedded in the larger transformation of public psychiatric services in Finland.” Can we take the organizational ethics of Open Dialogue, involving democracy, participation, and humility, into inherently hierarchical systems that hinge on the apparent expertise of the provider, and are often subject to the whims of governments and insurance companies?

The researchers of this study note, “Research is needed to explore the relationships between the experience of open dialogue and service users’ cultural, social and community context.” This study is an important first step toward examining these questions, and more research is required to further our understanding of this promising approach.