Adverse effects from psychiatric drugs account for almost one in ten adult emergency room visits related to prescription medications and one in five of these visits result in hospitalization.

“Considering the growing exposition to antipsychotics in the general population and the increasing off-label use of antipsychotics, the findings of this study urge providers to prescribe antipsychotics cautiously and only after exploring the feasability of using alternative treatments,” Dr. Lucien Roulet, wrote in a commentary to be published in the journal of Evidence-Based Mental Health. 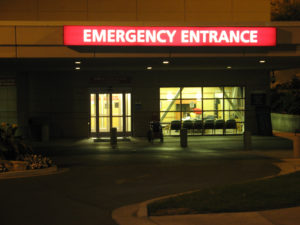 More than ten-percent of adults in the United States are currently prescribed at least one psychiatric medication, but there is currently a lack of research on the prevalence of adverse drug events (ADEs) associated with these prescriptions outside of clinical trials. A 2014 study, published in JAMA Psychiatry, analyzed emergency department records from 2009 to 2011 to attempt to estimate the frequency and seriousness of adverse drug events related to the use of psychiatric drugs.

As a result of this first-of-its-kind analysis, researchers identified several psychiatric drug prescriptions that lead to a substantial percentage of emergency room visits. Antipsychotics and antidepressants were the leading cause of emergency room visits for adverse effects from psychotropic drugs. Together, they accounted for nearly two-thirds of all such visits, with antipsychotics making up 31.3% and antidepressants 30.5%. Shockingly, the insomnia Z-drug, Zolpidem, accounted for more than one in five (21%) of all psychiatric drug related emergency room visits on its own.

“These results should incite providers to take a critical look at the trend in prescribing Z-drugs and to only prescribe the latter after considering non-pharmacological measures to manage insomnia, especially in adults 65 years or older.”

The prevalence of mental health problems is estimated to be high worldwide, with a large number of patients exposed to psychiatric medications in developed countries. The efficacy of psychopharmacological treatments has been called into question, however, and this study suggests that providers should also carefully assess the risk of adverse effects before they decide to prescribe psychiatric medications.

“In conclusion, this proper pharmacoepidemiological study provides strong evidence data to balance the current process of medicalisation of psychopathology under both patients and society pressure.”

Children on Antipsychotics at Risk for Weight Gain and Diabetes