US news coverage has primarily framed the opioid drug abuse epidemic as a criminal justice issue rather than a public health problem, according to new research published ahead of print in the Journal of Psychiatric Services. The media’s framing of the epidemic may increase stigma against those who develop a dependency on prescription drugs and distract political attention from public-health oriented solutions, such as increased access to substance abuse recovery treatments. 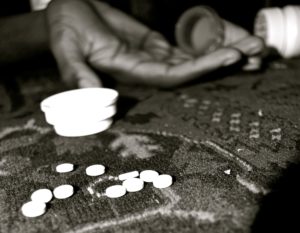 In the late 1990s, in response to the heightened awareness of untreated pain issues and with the development of new extended-release opioids, doctors in the US began prescribing these drugs with increasing frequency. In the two decades following this rise in prescriptions the rates of opioid abuse, addiction and overdose have increased exponentially. According to the authors, “overdose deaths involving opioid analgesics have quadrupled since 1999 and now total about 16,000 a year, more than deaths caused by heroin and cocaine combined.”

To examine public discourse around the opioid epidemic, researchers led by Dr. Emma McGinty analyzed the content of mainstream news coverage of the issue between 1999 and 2012. McGinty and her colleagues suggest that “the news media can influence which issues audiences deem important and in need of response,” and that “media coverage can influence public and policy makers’ attitudes in important ways.”

“By highlighting certain aspects of issues, the news media can influence how the public and policy makers perceive the causes of and appropriate responses to a given issue.”

After examining 673 television and newspaper stories, the researchers found that the majority (57%) of stories mentioning a cause of the epidemic pointed to illegal drug dealers as the likely culprit and, as a result, efforts to arrest and prosecute drug dealers were suggested as solutions most frequently (64%).

“Although experts agree that pharmaceutical companies’ failure to disclose the risks of opioid analgesics has contributed significantly to the current epidemic of abuse, only 8% of news stories mentioned this as a cause.”

Shockingly, less than 1% of news stories suggested increasing access to substance abuse centers and only 3% recommended harm reduction policies. When individual users were depicted in news stories, they were most often (66%) presented as criminals.

“In addition to highlighting illegal drug dealing as the principal cause of opioid analgesic abuse, our study found that the news media focused on law enforcement solutions targeting illicit drug dealing as opposed to upstream approaches designed to prevent abuse and deter diversion of legitimate pain medications to the illegal market or evidence-based addiction treatment and harm reduction approaches.”