Recent meta-analyses of antidepressant clinical trials have revealed that up to 82% of the effects associated with the drugs may be attributed to placebo and non-medication factors. A new study examined the attitudes of psychiatrists toward these non-pharmacologic factors and found a large discrepancy between their beliefs and the empirical evidence.

The research, led by Dr. Sagar Vijapura at Brigham and Women’s Hospital, surveyed 101 staff psychiatrists and 28 training Psychiatrists in Boston, MA. The survey asked the physicians to assess their perceived impact of the active pharmacologic components of antidepressant medications in clinical practice versus the non-medication, placebo, effects of the treatment.

The researchers summarized their results:

The medians for clinician-perceived response rates (54 %) and remission rates (33 %) were in agreement with published rates. The reported median of the what portion of clinical outcomes is believed to be due to placebo effects (26 %) was numerically lower than suggested by literature. The contribution of the active ingredients of medications was perceived to be significantly higher than the contribution of patient characteristics and clinician characteristics. A longer time since graduation from medical school was significantly associated with higher belief in the effect of the active ingredients of antidepressant medications and with less perceived importance of placebo effects. 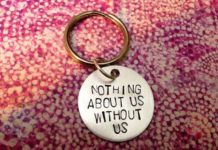 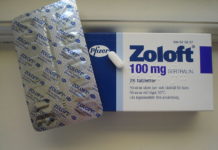