Depressed, anxious, and substance-abusing people can beat themselves up for being defective. And psychiatrists and psychologists routinely validate and intensify their sense of defectiveness by telling them that they have, for example, a chemical-imbalance defect, a genetic defect, or a cognitive-behavioral defect.

In plain words, many depressed, anxious, and substance-abusing persons think: “I feel fucked up because I am essentially fucked up,” and mental health professionals routinely confirms this.

For some depressed, anxious, and substance-abusing people, it feels better to believe that they are essentially defective, as it provides them with a defense of sorts against insulting accusations that they are malingering.

But the defect/medical model of mental illness doesn’t work for everyone. Many depressed, anxious, and substance-abusing people think: “The idea that I am fucked up because I am essentially fucked up just fucks me up more.” There is another model that works much better for them—more later on that model.

Those people who embrace their defectiveness can get angry with me when I write about the scientific bankruptcy of a given defect theory of mental illness—for example, the pseudoscience behind the chemical imbalance defect (see CounterPunch 2014), and how even establishment psychiatrists now reject this idea (Ronald Pies, Editor-in-Chief Emeritus of the Psychiatric Times, stated in 2011, “In truth, the ‘chemical imbalance’ notion was always a kind of urban legend—never a theory seriously propounded by well-informed psychiatrists”).

Embracing defect and practicing self-flagellation has a history of adherents. Self-flagellation as penance for “sin defects” is a practice of some Catholics, including the late Pope John Paul II and some of Catholicism’s more conservative orders and branches such as the Opus Dei. And among a small minority of psychiatric patients, there is a desire to be electroshocked (ECT) for unproven brain defects regardless of research (even by ECT’s proponents) that shows ECT results in major cognitive deficits that indicate the ECT itself causes brain defects.

Not Self-Deceptive and Don’t Buy Defective? Another Path

While some people get angry with me for challenging their defect faith, others become revitalized when they discover that they are depressed, anxious, or substance abusing not because they are defective in some way. For them, discovering that “I may feel fucked up but it is not because I essentially am fucked up” can make them feel more whole, resulting in them beginning to feel less depressed, anxious, or substance abusing—and less self-loathing.

What our society calls “mental health” is sometimes simply a denial of reality. And self-deception and denial aren’t the talents of many of the depressed, anxious, and substance-abusing people who have consulted with me after they’ve been failed by mainstream mental health.

Scientific American Mind in 2005 reported, “Several classic studies indicate that moderately depressed people actually deceive themselves less than so-called normal folks.” Researchers Lauren Alloy and Lyn Abramson, studying nondepressed and depressed subjects who played a rigged game in which they had no actual control, found that nondepressed subjects overestimated their contribution to winning and only believed they had little control when losing, while depressed subjects more accurately evaluated their lack of control when losing or winning. Researcher Peter Lewinsohn found that depressed subjects judge other people’s attitudes toward them more accurately than nondepressed subjects. And my three decades of clinical experience confirm Clark Vaughan’s (Addictive Drinking) and other recovered addictive drinkers’ conclusion that problem drinkers and drug addicts often have a superior ability to see through society’s systems, people’s facades, and bullshit in general.

In Nazi concentration camps, it was not possible for even the best self-deceivers to deny their degradation, humiliation, and extreme physical and psychological pain. So, as Auschwitz survivor Viktor Frankl reported, “The thought of suicide was entertained by nearly everyone.” Yet as Sera Davidow documents, mainstream mental health institutions tell us: “Research has found that about 90% of individuals who die by suicide experience mental illness” (see National Alliance on Mental Illness). It is difficult to imagine how this often repeated assertion would not be an insult to injury for those suicidal in death camps.

Overwhelming pain and trauma—including degradation, humiliation, injustice, an unloving family, alienation, and loneliness—is what fuels our depression, anxiety, and substance abuse, as well as other states that are commonly labeled as even more serious mental illnesses (the research has repeatedly shown the relationship between childhood trauma and psychosis).

To be clear, I do know people who are not in denial of the loveless, degrading, bullshit world that they reside in but who are not depressed, anxious, or substance abusing.

It is possible not to be depressed, anxious, or substance abusing and not to be in denial that mom and dad hate each other’s guts and care more about torturing one another than they care about you, that no one seemed to notice or mind that for five years you were sexually molested by Uncle Asshole, and that you experienced an entire childhood without love.

It is possible not to be depressed, anxious, or substance abusing and not to be in denial over the fact that your U.S. standard schooling likely turned you off from a love of reading; that you are likely disengaged from your job; that if you ever need hospital care, preventable hospital error is the third leading cause of U.S. death; and that Americans are not living in either a democracy or even a representative republic as a recent study concluded: “The preferences of the average American appear to have only a minuscule, near-zero, statistically nonsignificant impact upon public policy.”

It is possible not to be in denial of personal and societal injustices and humiliations and not to be depressed, anxious, or substance abusing. But it’s not easy. It requires the development of a philosophical-psychological-spiritual lens that enables us to, while not denying the misery of our lives, not become overwhelmed by our pain.

A window as to how we can survive misery without self-deception and denial is provided in the memoirs and accounts of people who have survived extreme states of injustice, degradation, deprivation, and humiliation that was impossible to deny. Terrence Des Pres in his book The Survivor: An Anatomy of Life in the Death Camps examined memoirs and accounts of Nazi concentration camp and Soviet Gulag survivors, both the famous (Primo Levi, Viktor Frankl, Elie Wiesel, Bruno Bettelheim, and Aleksandr Solzhenitsyn) and the non-famous.

What Des Pres reports is that surviving undeniable extreme degradation and humiliation is often about discovering a way to not to be overwhelmed by it. These methods included: a journalistic detachment so as to bear witness as both an obligation to those who didn’t survive and a vehicle for future justice; discovering one’s meaning and purpose for survival rather than being drowned by one’s pain; a dark sense of humor that did not deny the injustices, humiliations, and degradations but flipped them to absurdity and laughter; collective resistance, cooperation, and altruism with one’s fellow prisoners which allowed for some sense of dignity and freedom from complete self-focus on one’s own suffering; temporary respites from hellish existence by focusing on the beauties of nature outside the death camp such as a tree in the distance or a sunset.

My clinical practice has mostly consisted of depressed, anxious, and substance abusing people who have lacked the “talent” for denial and self-deception, and have been previously failed by mainstream mental health and its defect model of mental illness. For such people, it is more helpful to view their depression, anxiety, or substance abuse not as evidence of a defect but simply as one edge of a double-edged sword—with the other edge being their lack of denial and self-deception.

This double-edged sword view often rings true for depressed, anxious, and substance-abusing people who have been previously failed by mainstream mental health. This view provides them with wholeness and dignity. And with that wholeness and dignity, they are more likely energized to discover and implement one or more of the various ways that people have utilized to survive miserable circumstances without denial or self-deception. And they may well begin a journey to discover what restorative path—among the various ways people heal from trauma—that is best suited for them. 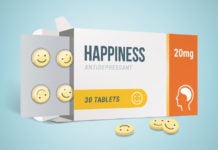 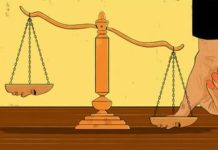